Home » TV & Movies » Spoilers: Tyrone and Fiz are rocked by a shock death in Corrie 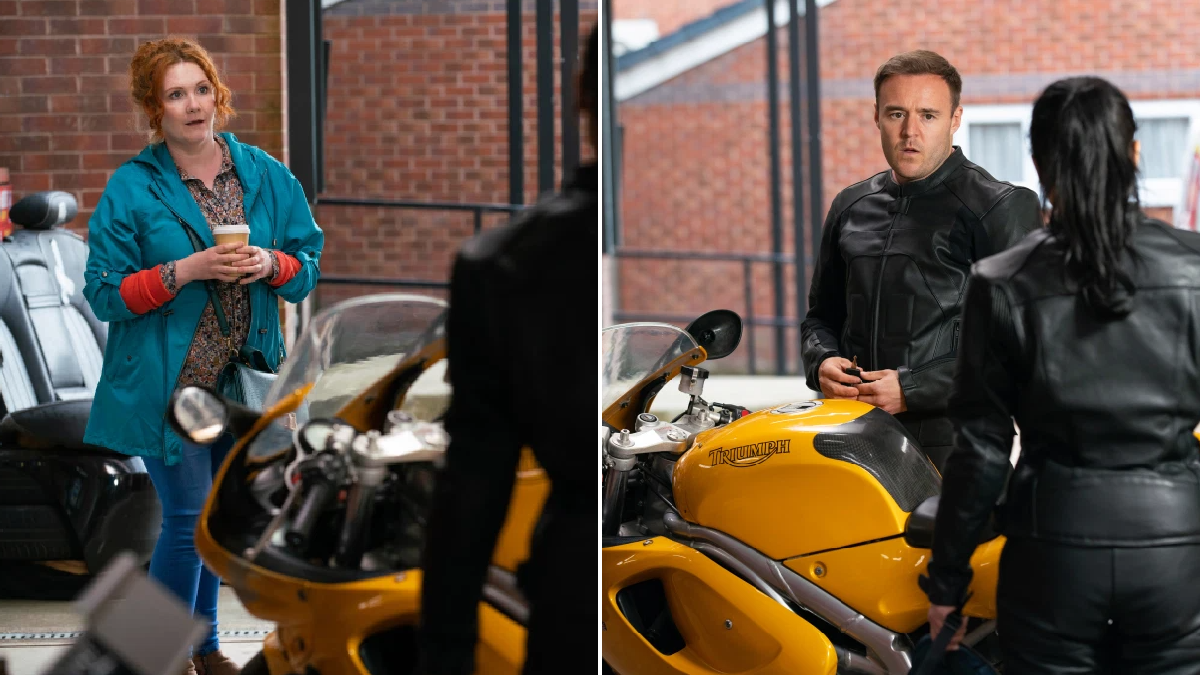 As Tyrone continues to move on with his life, Fiz is watching from the side-line, angry at Tyrone for completely ruining Hope and Ruby’s home life.

Coming up, Tyrone and Fiz will have no choice but to work together as they’re told someone they know has died.

Tyrone is forced to admit to Alina that he failed his motorbike test and Fiz is highly amused.

As Fiz continues to mock Ty, he reveals he’s booked them a mediation session.

But when Fiz catches sight of his new ‘T&A’ tattoo, she reckons it’s just another example of his mid-life crisis.

Back at home, Tyrone is taken aback when he finds a police officer at the door who informs him Kirsty – his ex-partner who abused him – is dead.

In shock, Tyrone turns to Fiz as they prepare to break the news to Ruby.

Can Fiz and Tyrone move past this ordeal and connect for the sake of each other and their children?