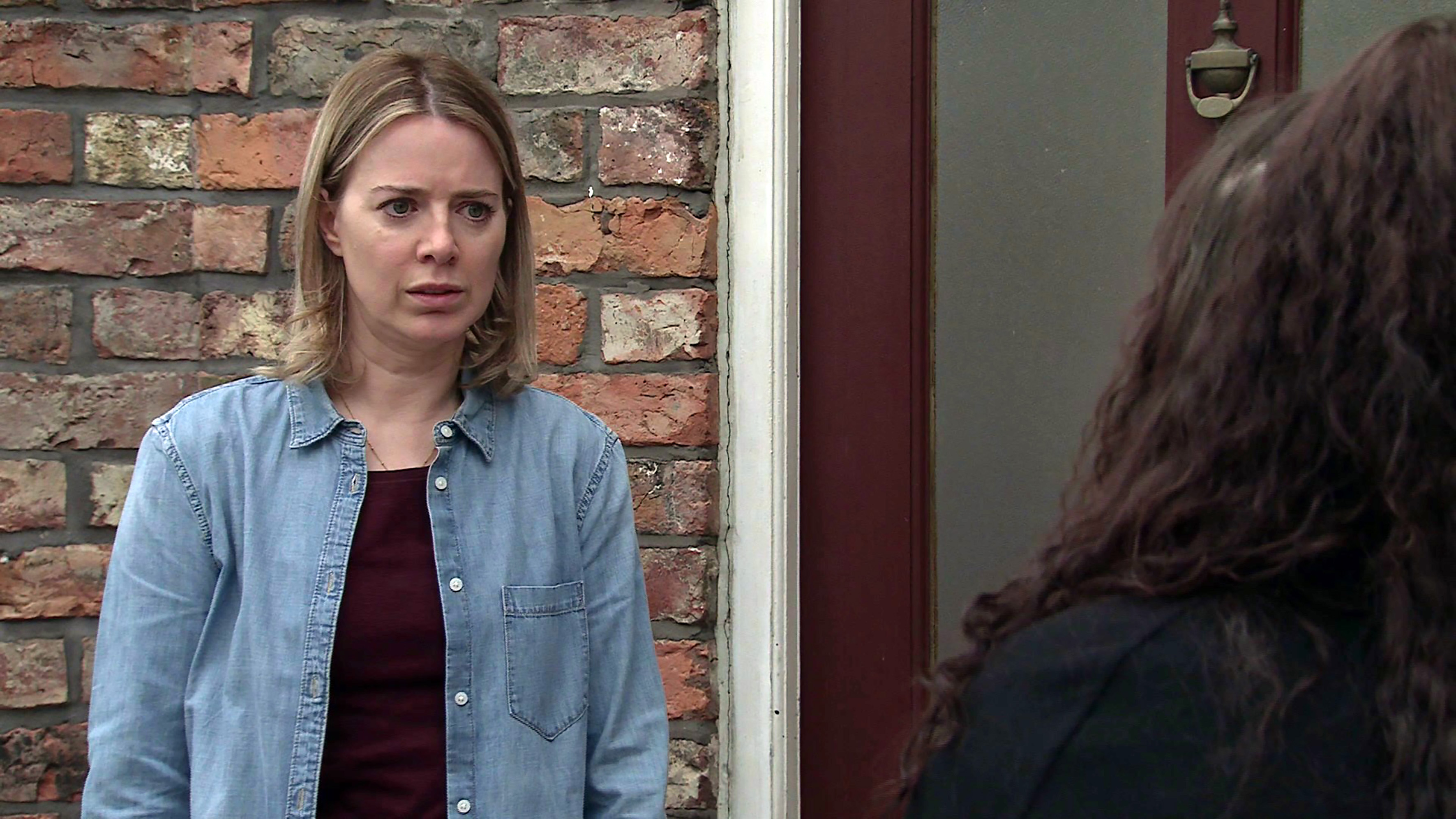 As she planned revenge towards Corey (Maximus Evans), Abi forced Tez to hand over the gun she was planning to use to shoot Corey dead.

However, during the sinkhole collapse, the gun disappeared and fell into Harvey’s (Will Mellor) hands, who then used it to shoot Natasha (Rachel Leskovac).

Coming up, as the aftermath continues, Roy (David Neilson) voices his concerns about Harvey’s gun to Abi.

Abi assures him that it couldn’t possibly be her gun as it got washed away down the sewer, but Roy remains unconvinced.

As Abi’s wedding preparation gets underway, Tez calls at No.13 and tells Abi he needs the gun back.

When Abi reveals the gun has gone missing, Tez is furious.

Tez orders Abi to find the gun, or she’ll regret it.

Is Abi in danger – again?

Where will things lead if Abi can’t locate the weapon?