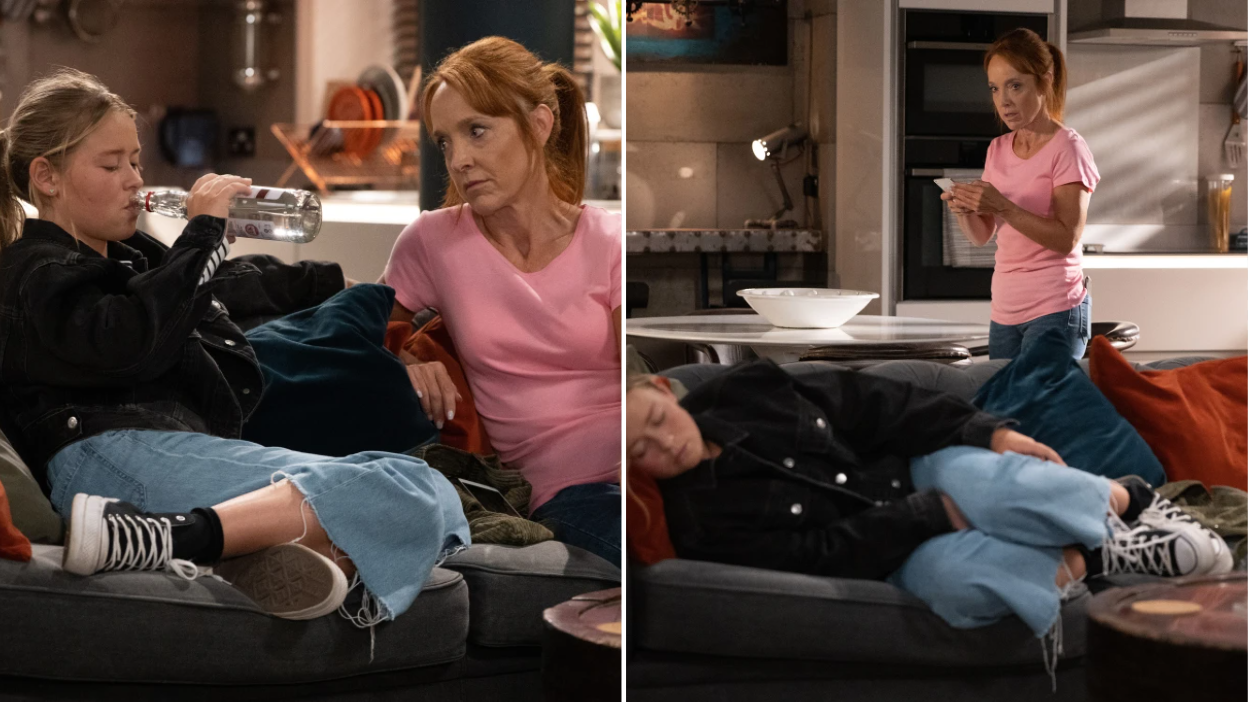 Sandra (Joanne Mitchell) has finally left the Emmerdale village after Liv Flaherty (Isobel Steele) played her at her own game.

It was a brilliant plan, we have to say, and it involved Liv pretending she was drunk in order to catch Sandra attempting to transfer all of her cash.

The day started off a normal one for Sandra. She continued her scheming, manipulating Liv into thinking it would be better if they left the village for Spain, and things were going well – it looked like Sandra had really won this time.

Elsewhere, a heartbroken Vinny (Bradley Johnson) was scrolling through pictures of him and Liv on his phone, with Mandy (Lisa Riley) urging him that if he doesn’t fight for the marriage, he may not get another chance.

Important to note here that Mandy, Vinny and even Jimmy (Nick Miles) had no idea what Liv was up to, she had to fight this fight on her own and see the real Sandra.

And she really did.

After Sandra dripped further poison in Liv’s ear about drinking, she returned home and appeared drunk.

As expected, Sandra took full advantage and when Liv fell asleep, she grabbed her phone.

Liv caught Sandra at the perfect time, it was the very moment she checked her daughter’s bank account and realised she doesn’t have thousands of pounds to her name.

Sandra tried to trick Liv again but this time it was too late.

When a police officer arrived, Sandra attacked her with a bottle and ran, but she was stopped by the iconic Mandy, who tackled her to the ground so the officer could arrest her.

Sent off in a police car, suffice to say we won’t be seeing Sandra for a very long time.