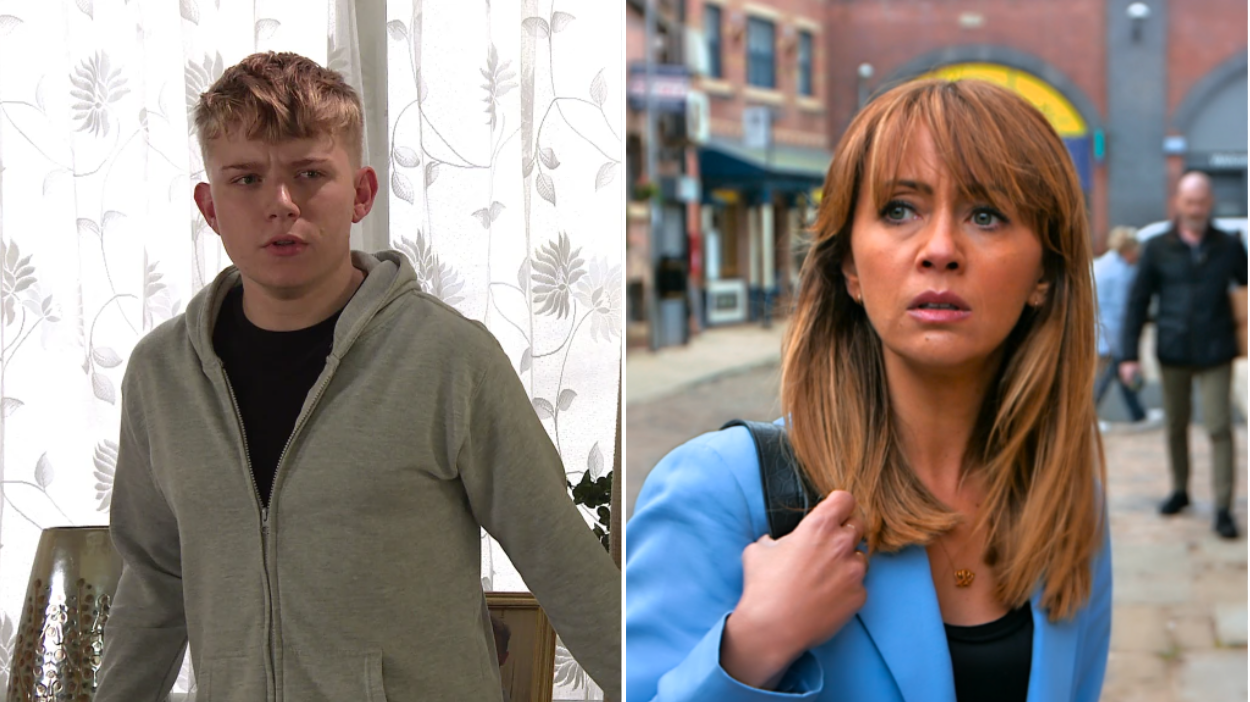 Max Turner (Paddy Bever) wants to return to Weatherfield High in Coronation Street, but he soon learns heading back to his own school is not going to be easy.

Max has been at a Pupil Referral Centre (PRU) over the past few months following his troublesome behaviour involving the likes of Daniel (Rob Mallard) and Amy (Elle Mulvaney).

Suffice to say time at the PRU has made Max change his mindset, but he’s really tested when David (Jack P Shepherd) attempts to get him back into Weathy High.

The attempt for David isn’t a successful one, as Mrs Crawshaw informs him and Shona (Julia Goulding) that the final place at school has been taken, and when Max’s new pal Daryan reveals he’s starting at Weathy High soon, the teen concludes that the refugee has stolen his place.

The next day, Maria starts receiving disparaging comments under an article about her rehoming scheme and shows one of them to David and Shona.

The message from the troll gives away where Maria works, leaving her, David and Shona to wonder if Max may be responsible.

When David pops home and asks Max if he can use the computer, he refuses and the suspicion starts to rise.

With David convinced Max is behind the hateful messages as revenge over Daryan, he confronts his son, but Max denies everything.

But is Max telling the truth?

If he’s lying, just how far will he go in his attempt at getting back at Maria?