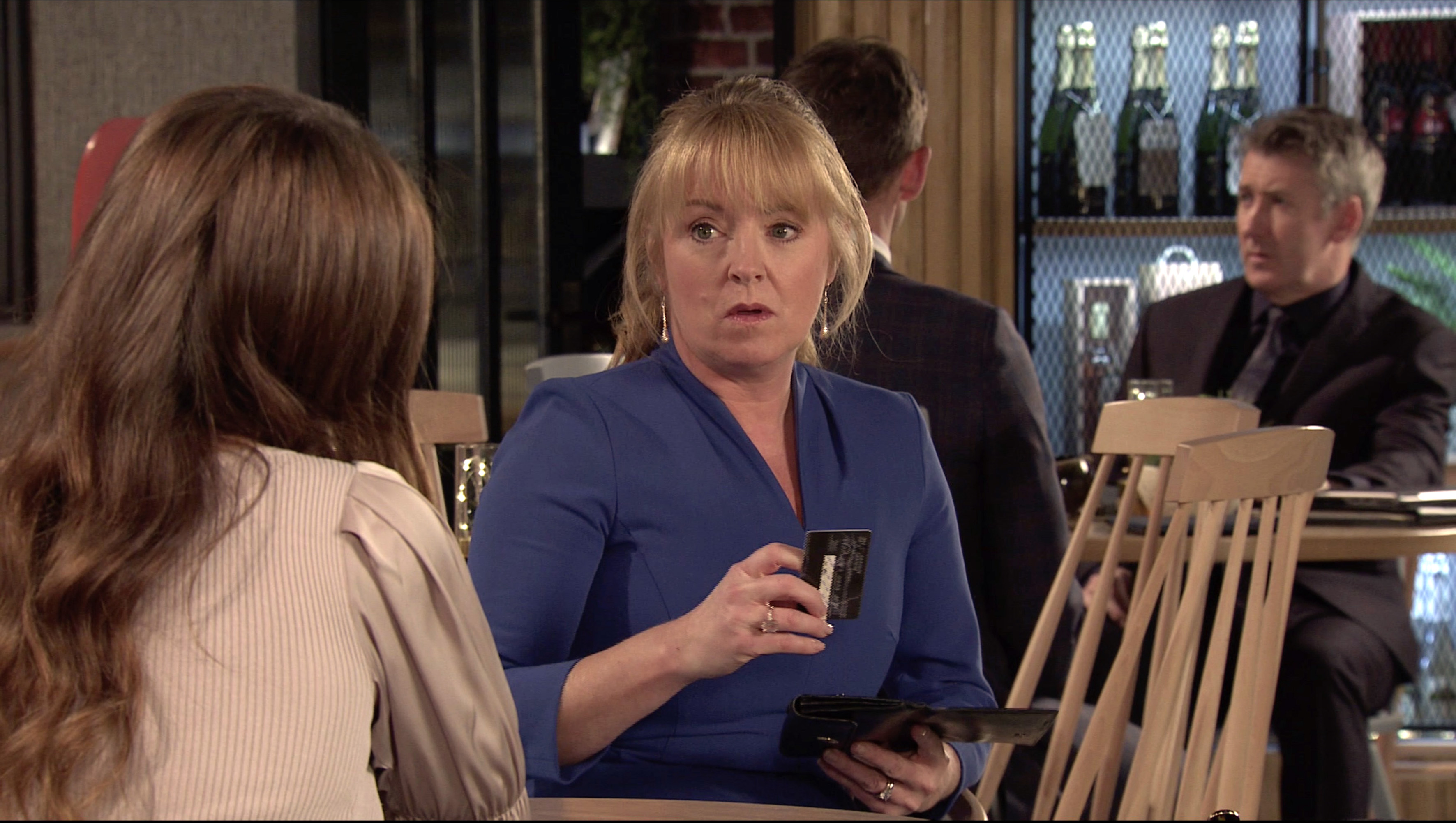 Daisy Midgeley (Charlotte Jordan) is up to no good living with Jenny Connor (Sally Ann Matthews) in Coronation Street.

From the moment she arrived, Daisy has used her sly abilities to try and split Jenny from Johnny (Richard Hawley). Now Johnny is in prison, Daisy is doing all she can to try and convince Jenny to forget about him, but unfortunately for Daisy, her idea isn’t exactly going to plan.

Upcoming episodes will see Jenny start to pick up on Daisy’s behaviour and it isn’t long until Jenny turns on Daisy when she discovers her spiteful plan.

Carla (Alison King) is appalled when she learns Johnny has stopped taking his meds, but Daisy reckons he’s not worth the energy.

When Neil, the guy who flirted with her in the bistro, calls at the Rovers and proceeds to flirt with her again, Jenny is flattered.

Daisy is pleased with herself, however Jenny is unimpressed to find out from Neil that Daisy set them up.

Jenny orders Daisy to apologise to Neil for leading him up the garden path and reminds her that whatever she might think of Johnny, he’s her husband and she loves him.

Jenny has firmly put Daisy in her place, but what will Daisy do next as her attempt to split Jenny and Johnny up continues?