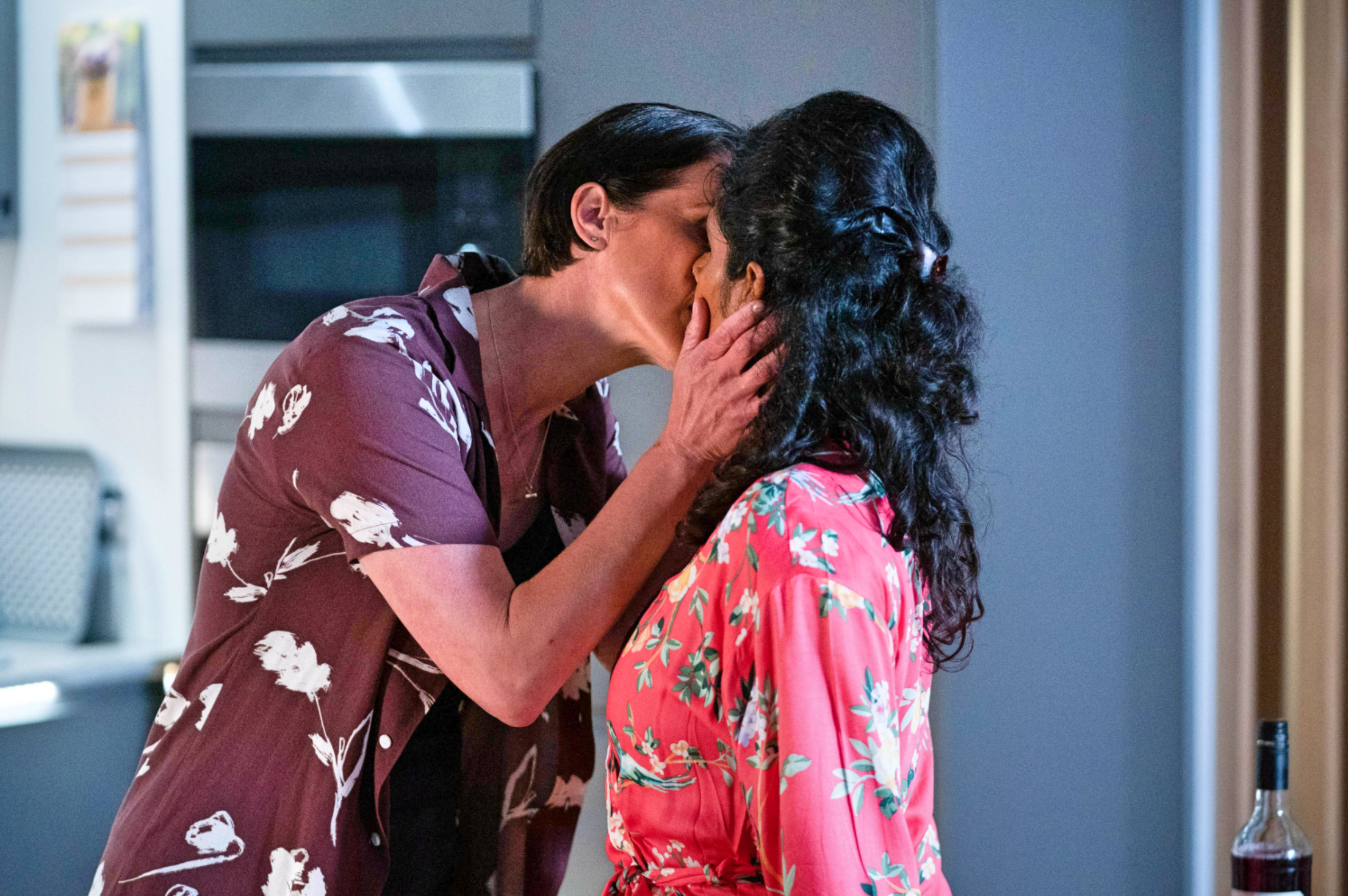 EastEnders viewers have spotted chemistry growing between Eve Unwin (Heather Peace) and Suki Panesar (Balvinder Sopal) for a while.

There’s certainly something happening between them as recently, Suki felt comfortable enough around Eve to confide in her, revealing her husband will soon be released from prison.

During that moment, Suki asked Eve for advice and wondered if she could organise some sort of restraining order so Mr Panesar can’t see her or the children.

As a new week begins, it’s very clear Mr Panesar is on Suki’s mind as she’s desperately trying to stop Ash (Gurlaine Kaur Garcha) from leaving Walford for a new life in Canada.

Ash confronts Suki for meddling again after she applies for the GP job behind her back but Nina – Ranveer’s partner – overhears.

After Kheerat leaves, Ash lets rip at Suki about her behaviour and storms off.

Thinking they’re alone, Suki confides in Eve and brings up the children’s emotionally abusive dad, both unaware Stacey is hiding behind the sofa.

The next day, as Eve meets Suki for lunch, she feels a spark between them and later, she chooses to lean in for a kiss.

But what will happen next?

Does Suki feel the same way?