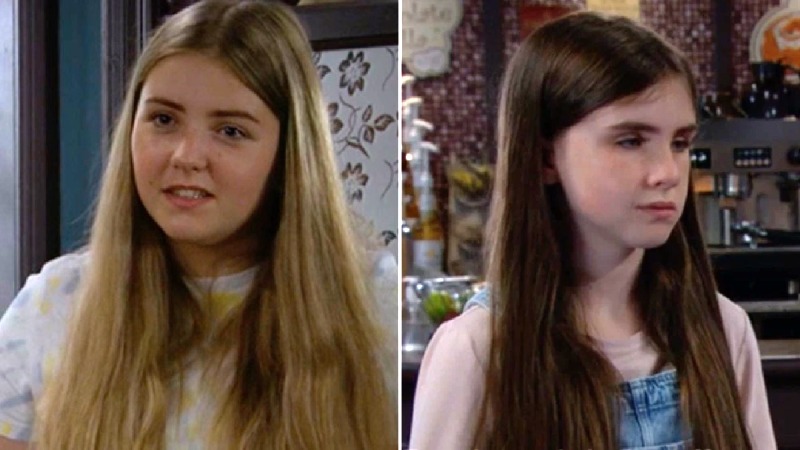 Young April Windsor (Amelia Flanagan) has been facing a horrific time in Emmerdale, receiving multiple messages and memes on social media platforms of her dead mother.

After Marlon (Mark Charnock) discovered his daughter’s ordeal, he decided the best thing would be to take April’s phone from her, convinced a few weeks of silence would stop the trolling.

However, now April has her phone back, she’s discovering the bullying doesn’t just have to happen through a phone, as two girls from her school confronted her in tonight’s (August 12) episode.

One person who’s been beside April throughout this horrific time is Cathy, but could her friendly face actually be an act?

After Cathy encouraged April to meet up with her bullies, she was left hurt after one of them called her a ‘sad little freak’.

April was insistent she didn’t want any fighting, and decided she would track down the person who started the trolling and ask them to close all of the accounts.

Cathy questioned whether young April would know how to do that, but is it because Cathy is responsible?

If Cathy encourages April not to contact her troll, could it be because she’s behind the accounts?

Has April been spending time with the person who’s caused her so much upset all along?