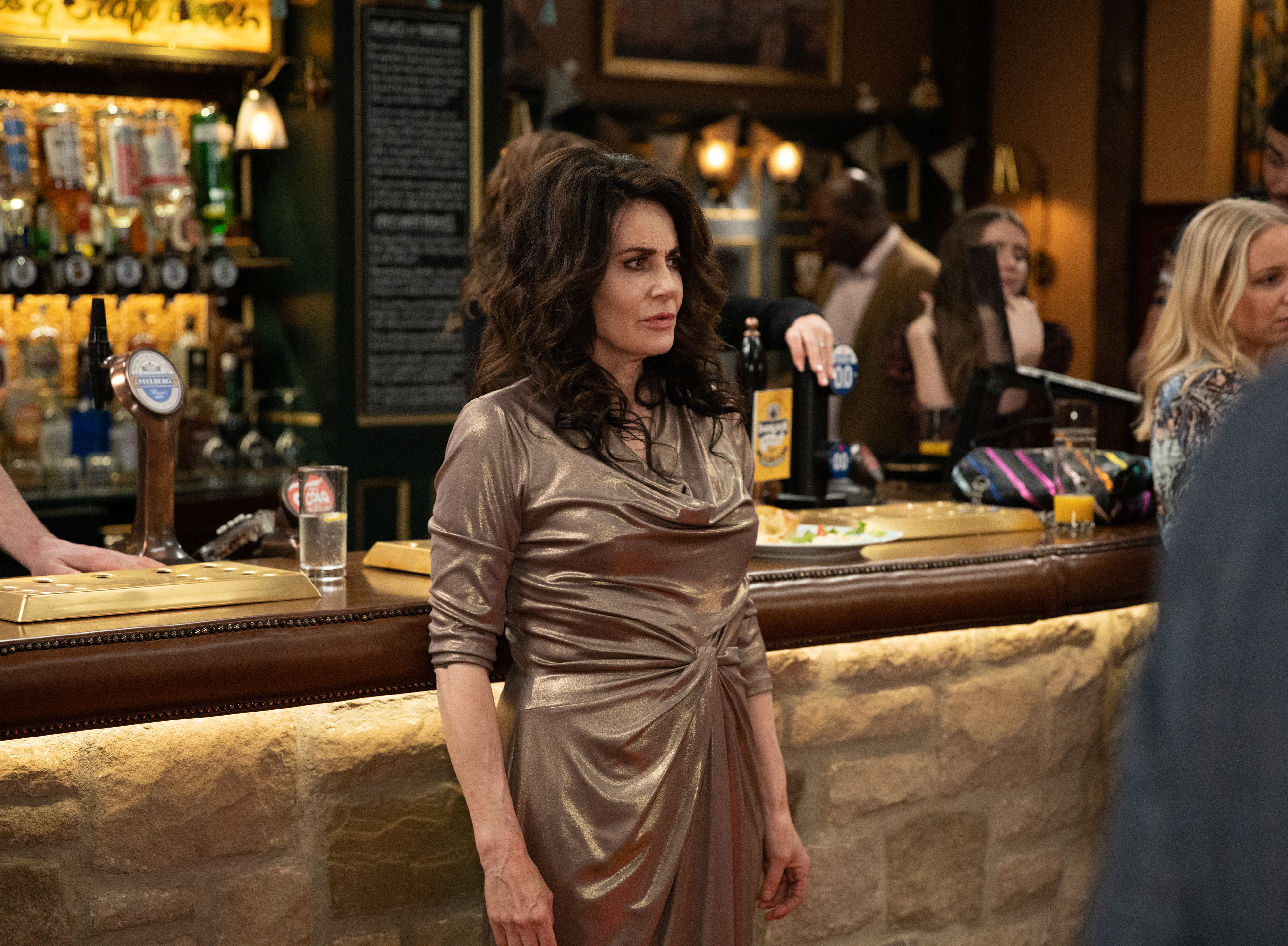 There are devastating scenes coming up for Faith Dingle (Sally Dexter) in Emmerdale as her illness suddenly deteriorates.

Attempting to pack as much into her life as she can while she still has the chance, Faith has insisted on a party at the Woolpack. Chas (Lucy Pargeter) isn’t sure, and Cain (Jeff Hordley) tries

to avoid going altogether because he doesn’t know if he can cope with all the emotions involved, but in the end everyone turns out to give Faith the party she wants.

She makes a speech and then switches up the mood by leading the karaoke. It’s exactly the party she hoped for and she’s happy to be surrounded by all those she loves, being the life and soul as always.

Later she’s standing at the bar and she suddenly collapses. There’s panic as people rush to help, and Faith is taken to hospital.

Paddy (Dominic Brunt) and Chas wait at the hospital for news and Paddy is shocked when Chas takes out her frustration on him. A nurse comes to take them to see Faith, and when they get to her bedside they find her in a confused and upset state. She says she can’t see properly.

Chas can’t bear to see Faith in such a distressed state and she worries about what could be around the corner for her poor mum.