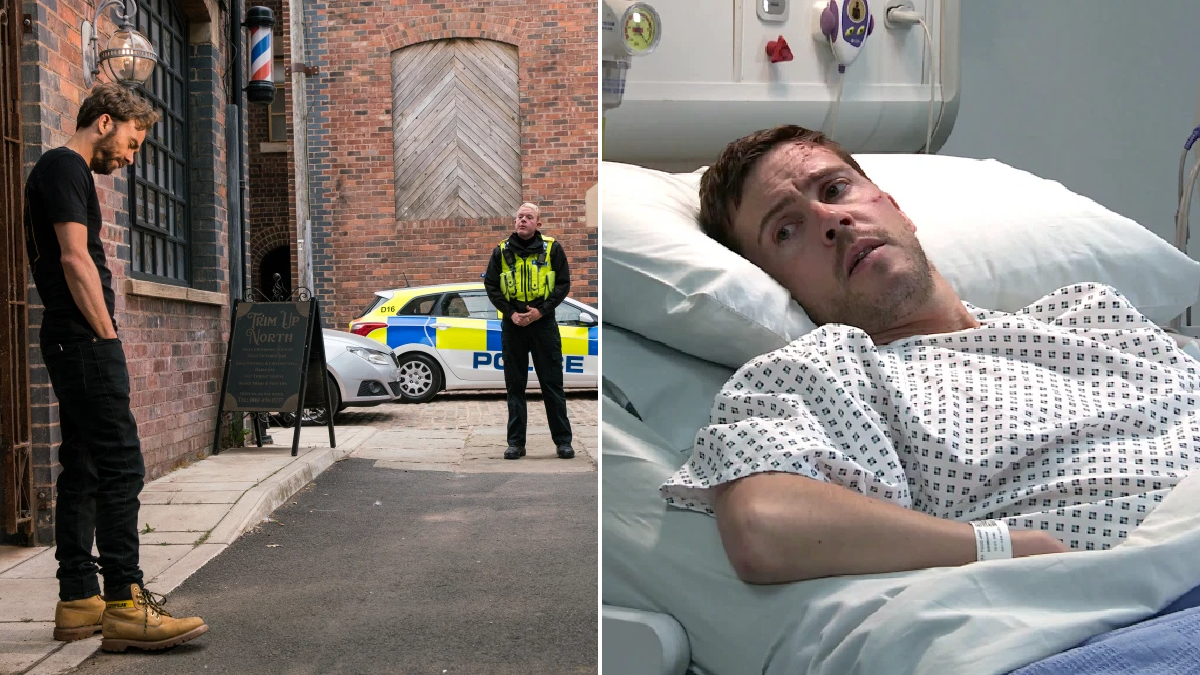 David Platt (Jack P Shepherd) suffered a huge ordeal in prison in Coronation Street but in order to protect Shona Ramsay (Julia Goulding). He is prepared to take the rap after she accidentally runs over Todd Grimshaw (Gareth Pierce) and leaves him, not realising that she has hit a human.

Todd hasn’t exactly made himself popular of late, with his theft and scheming which has driven Billy Mayhew (Daniel Brocklebank) away.

He has been trying to right his wrongs and make amends but when he survives this near death experience, can he resist getting David and Shona over a barrel.

And if David does take the rap for the hit and run, will he cope behind bars or will this destroy him for good?

Eileen’s relieved that he’s on the mend. David assures Shona that he’s hidden the car and plans to pay Todd a visit in hospital to test the water and see how much he remembers.

Craig calls at No.8 and informs David that they found his car dumped in a pub car park miles away and with a huge dent in it.

David does his best to remain calm.With Craig gone, David and Shona mull over their options.

Sarah is shocked to witness Craig arresting David on suspicion of failing to stop and report a road traffic accident.

But he could soon be charged with much worse. It all comes down to Todd and his decision and since when has he avoided stirring up more trouble to his advantage?