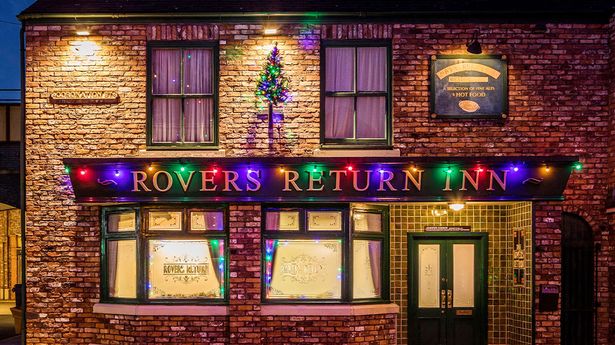 It wouldn’t be Christmas in Coronation Street without a bit of drama, right?

The danger levels are certainly higher than last year, and that’s largely down to one person – Stephen Reid (Todd Boyce).

With Stephen still hanging around in Weatherfield, the lies and secrets he continues to tell are beginning to get complicated. He’s plotting his next move and desperately trying to cover his tracks, but Gabrielle (Helene Maksoud) is like a thorn in Stephen’s side and still threatening to reveal the truth about his money problems to his family.

As if that wasn’t enough, Stephen also has the small matter of Leo’s (Joe Frost) dad, Teddy, to deal with.

Convinced Leo’s lack of contact since his ‘exit’ to Canada is extremely unusual, Teddy is starting to have his doubts – but how close will he get to the truth?

Prior to the Christmas week, there is trouble ahead for the cast of the AmDram play.

It’s getting near to performance day, and you’d think everything is in order, right?

Just hours before the curtain is meant to go up, Nigel arrives with some major news – the theatre has been flooded!

Asserting the show must go on, Ken (William Roache) manages to secure the bistro but then plot twist! One of the main leads then breaks a leg!

We mean literally, not figuratively.

Fortunately, Martha (Stephanie Beacham) comes to the rescue, a Christmas miracle – but will the play receive rave reviews?

Or will it be a disaster?