Home » TV & Movies » So Who Exactly Is Harry Styles Playing in 'Eternals'? Here's What to Know About His Marvel Character

*SPOILERS FOR ETERNALS BELOW!*

If you’re here that means you’ve seen (or heard about) Harry Styles’s cameo in Eternals. Hopefully your theater freaked out as much as mine did, because it was a fun gift for those of us who didn’t see the spoiler in advance. But just as surprising as Harry’s cameo was, it was an even bigger shock to see which Marvel character he’s playing.

If you’re not caught up on the Marvel comic books, the name “Eros” might not ring a bell, but he has a very interesting storyline that will certainly keep Harry busy. Ready to find out more?

Here’s everything you need to know about Harry Styles’s Marvel character Eros and his end-credit scene cameo in Eternals. 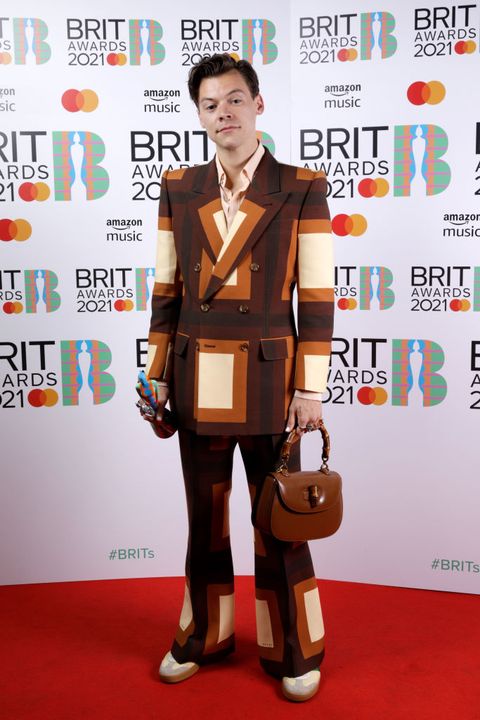 Wait, Harry Styles is in Eternals?!

If you’re asking this, you must be here because (a) you didn’t actually watch Eternals and got spoiled by the internet or (b) you broke Marvel Rule Number One and left before the credits finished rolling. In short: Harry didn’t appear in the *actual* movie Eternals but popped up in a special mid-credits scene that featured some of our fave heroes.

What happened when Eros showed up?

Here’s what went down: The three Eternals who left Earth (Thena, Makkari, and Druig) noticed they hadn’t heard from the rest of the group in a while. After becoming concerned, they were interrupted by a drunk (and kinda annoying) Pip the Troll, who introduced the crew to none other than Eros, “the royal prince of Titan. Brother of Thanos.”

Eros (aka HARRY STYLES) walked in and introduced himself to the team as a fellow Eternal. He also warned them that the rest of their squad is in trouble, but he came to help them out.

Wow! So who is Eros in the Marvel comics?

Now that Harry has thrown his hat in the Marvel ring, let’s get to know his character better. Eros, also known as Starfox, is an Eternal from the planet Titan. His special ability is being able to control other people’s emotions, including the ability to make anyone fall in love with him. (Fitting for Harry Styles, right?)

After the war on Titan pitted him against his own brother, the infamous villain Thanos, he traveled through space to find romance and adventure. He also became a member of the Avengers multiple times to help them against other villains like Morgan Le Fay and the Wizard.

In She-Hulk Vol 2 #6, a woman files sexual assault charges against Eros. She says she’s married and Eros took advantage of her, likely with his powers. She-Hulk ends up becoming Eros’s lawyer and represents him in the case. Multiple women testify but surprisingly take his side, making the judge wonder if he has used his powers against them.

He then attempts to flee in She-Hulk Vol 2 #7 but is instead captured by She-Hulk, who is upset after realizing that Eros/Starfox likely used his powers against her when they got together. Eros is able to leave when he is teleported away, which keeps the trail from continuing.

Will Harry appear in any other Marvel films?

While nothing official has been confirmed, it would be super weird if they just introduced Eros and we never saw him again. So it’s a safe bet to say that we’ll probably see Harry Styles again at some point in the future of the MCU.