Maya did show up as Kamala later in the show. 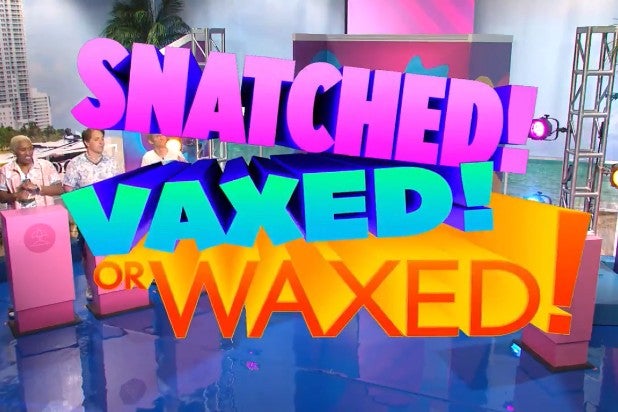 “SNL” took almost the entire month of March off, which means the show was off the air during a lot of huge events of recent weeks, but the cold open really ignored all of that for some reasons and instead did a game show parody inspired by the situation in Florida with spring break celebrations being basically a statewide superspreader event. Which, uh, ok.

The game show, hosted by Maya Rudolph, was called “Snatched, Vaxxed or Waxed” and featured three male contestants trying to guess if a series of female contestants were one of those three things.

The Show did finally do a Biden parody — Yep, Alex Moffat once again played him in a sketch later in the show. Which is cool, but by this point in 2017 — by which we mean, 6 episodes into the 2017 half of Season 42 – Alec Baldwin had already appeared four times as Donald Trump, including when he hosted the Feb. 11, 2017 episode less than 3 weeks after Donald Trump was sworn in. In fact, Baldwin showed up to play Trump in a total of 8 episodes during the 2017 portion of the 2016-2017 season.

And of course, “SNL” went on to spend the next 4 years with Alec Baldwin practically an unofficial cast member given how often he was brought on to play Trump.

However, this episode is hosted by Maya Rudolph and she of course always plays Harris, as she did later in the episode when she portrayed Harris hosting a Passover TV special (this is the sketch Moffat showed up in).

Watch the whole cold open below: