She-Hulk star Jameela Jamil has shed more light on how she sustained the extremely awkward ‘non-injury’ of pulling a muscle in her ‘bum’, as she admitted she should have ‘never’ admitted to it.

While at the premiere of the new Marvel series, Jameela – who plays superpowered influencer Titania in the Disney Plus show opposite Tatiana Maslany as Jennifer Walters– explained that while she was training for the role, she was ‘hurting in places that I really didn’t know exist’.

‘You’ll probably have to bleep this out, but I pulled a muscle in my a*******. I didn’t know that was possible!’ she confessed.

The internet – unsurprisingly – has gone into a frenzy over the actor’s admission, so much so that she’s now addressed it once again to put an end to any more speculation.

‘As everyone is so obsessed with how I pulled the muscle in my bum (hole?) It was doing this final innocuous kick here,’ she wrote on Twitter, while sharing a video of her performing some fight choreography.

‘Unexpected and absurd MINOR non-injury that I should NEVER have joked about out loud. On a red carpet. At a world premiere. As a grown adult. Enough now.’ 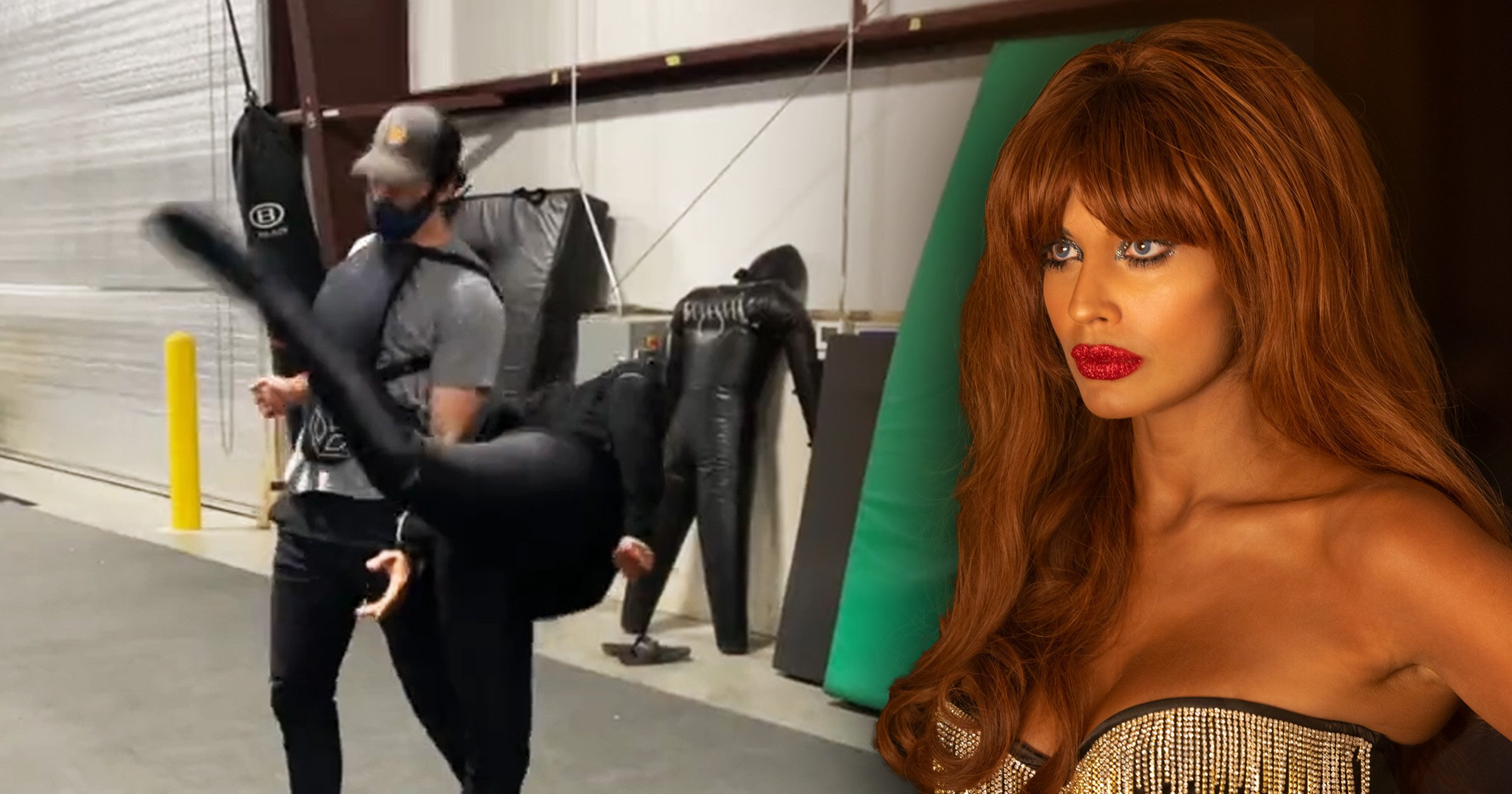 The ‘innocuous kick’ in question saw Jameela approach her sparring partner, before leaning forward and bending her right leg over her back to kick the man in the face.

‘That is a super impressive scorpion kick,’ one fan commented in response.

‘Let it be known, @jameelajamil goes the extra mile, and will literally bust a** to make a scene work. That is some dedication. Amazing!’ someone else said as they showered her with praise.

The Good Place star underwent intense training for her role, learning jiu jitsu, kung fu and ‘combat in the air’.

‘I don’t know how much of it ever gets to make it to the big screen, because CGI is bonkers,’ she told Entertainment Tonight.

‘But I got to do all my stunts pretty much myself. And that was something I’ve never done before, ’cause I’m the ultimate couch potato. I am…I’m just a puddle with bangs.’

Other members of the cast in the series include Mark Ruffalo returning as Bruce Banner/Hulk, Benedict Wong reprising his role as Sorcerer Supreme Wong and Tim Roth making a comeback as Emil Blonsky, also known as the Abomination.

Tim first appeared as the character in the 2008 film The Incredible Hulk, which starred Edward Norton as the lead before he was replaced by Mark.

Abomination then made a cameo in the 2021 film Shang-Chi and The Legend of The Ten Rings, where he battled Wong at an underground fight club.

She-Hulk is available to watch on Disney Plus with new episodes available on Wednesdays.