It’s difficult to imagine the iconic Olivia Pope played by anyone other than Kerry Washington. But, apparently another star had her eye on the part after reading the pilot episode. Sandra Oh, who was already starring in Grey’s Anatomy, approached Scandal and Grey’s creator Shonda Rimes to plead for the lead role.

“I was on Grey’s. We were on stage five. Someone snuck it to me,” Sandra admits to Kerry during a conversation for Variety. “I don’t know who it was, but I got my hands on that pilot and I read it, and I was just like, ‘How could I play Olivia Pope?'” 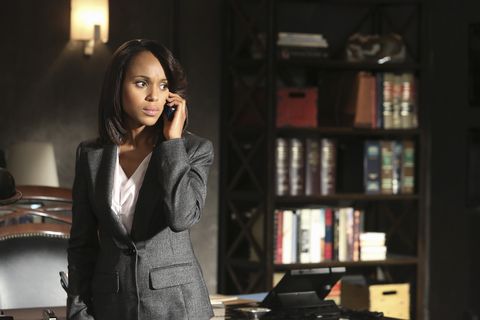 She was already busy playing the whip-smart Cristina Yang, but that didn’t stop her from wanting the role. “I remember going to Shonda, and it’s like, ‘How could I do this? What is this script? Could I do this too?'” Unfortunately for Sandra, Shonda quickly shot down the idea. “She goes, ‘No, you’ve got to play Cristina Yang!”

Honestly, we think Shonda made the right decision. There’s no way Sandra had the time to star on two network shows, and we couldn’t have handled losing her any earlier than we did. (We’re still not over her season 10 departure, tbh.)

Even Sandra agrees that Kerry nailed the role of the Washington D.C. “fixer,” adding,”I’m so glad it was you.” Kerry tells her that she was “protective” of her character, Olivia. “I was so devoted to her.”

Both women are stars in their own right, and we can only hope that one day we’ll see them act onscreen together.