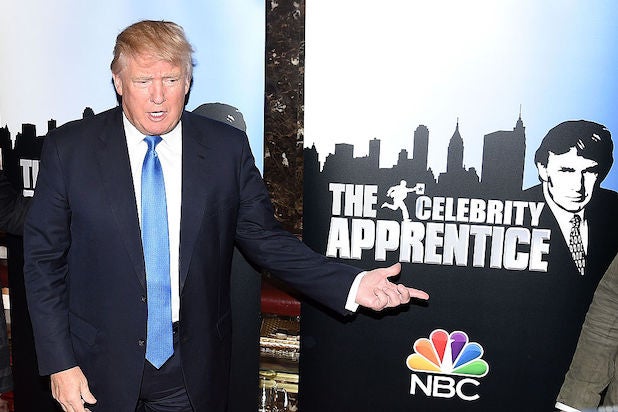 Impeachment isn’t the only thing Donald Trump could face as he leaves office. On Tuesday, the national board of SAG-AFTRA announced that it will be holding a disciplinary hearing against the outgoing president of the United States, where he could face possible expulsion from the actors’ guild.

The board made the move to hold the hearing after a request from SAG-AFTRA President Gabrielle Carteris, who cited the U.S. Capitol attack on January 6 and Trump’s role in inciting the attack as grounds for expelling Trump. The hearing will be overseen by the guild’s disciplinary committee, which did not participate in the national board’s vote on approving the hearing. Carteris and National Executive Director David White, who submitted the hearing request to the board on Carteris’ behalf, will not participate in the hearing.

“Donald Trump attacked the values that this union holds most sacred – democracy, truth, respect for our fellow Americans of all races and faiths, and the sanctity of the free press,” said Carteris. “There’s a straight line from his wanton disregard for the truth to the attacks on journalists perpetrated by his followers.”

“Our most important role as a union is the protection of our members. The unfortunate truth is, this individual’s words and actions over the past four years have presented actual harm to our broadcast journalist members,” said White. “The board’s resolution addresses this effort to undermine freedom of the press and reaffirms the principles on which our democratic society rests, and which we must all work to protect and preserve.”