Under the new hours-watched weekly metric charts implemented by Netflix back in November, the Shawn Levy-Ryan Reynolds re-team, The Adam Project, exploded with 92.4 million hours watched by the streamer’s subscribers for the week ending March 13. The figure includes all hours watched for the movie, both those who’ve watched the movie once and multiple times.

The movie follows a time-traveling pilot, who teams up with his younger self and his late father to come to terms with his past, while saving the future. The Adam Project dropped on Netflix on Friday, March 11. Last August, the delayed 20th Century Studios title, Free Guy, directed by Levy and starring Reynolds, was a big breakout hit for original fare on the big screen as the box office was coming out of the pandemic, grossing $121.6M domestic, $331.5M WW.

Netflix has backlogged the top 10 most watched movies of each week going back to June 28-July 3, 2021; this despite the fact that they announced the charts in early November.

The Adam Project‘s first weekend ranks behind the first frame of the Dwyane Johnson-Gal Gadot-Reynolds heist movie Red Notice (148.7M hours watched for week ending Nov. 14, 2021) and Adam McKay’s Don’t Look Up (111M for week ending Dec. 26) and also ahead of The Kissing Booth 3 (90.8M for week ending Aug. 15, 2021). This is all on the week’s most watched English language movie chart.

On the March 7-13 most-watched English language TV series list, Pieces of Her, which debuted Season 1 on March 4, was the No. 1 show in its second week with 95.72M hours. The Last Kingdom‘s final season pulled in 63.54 million hours, ranking 2nd on the list. 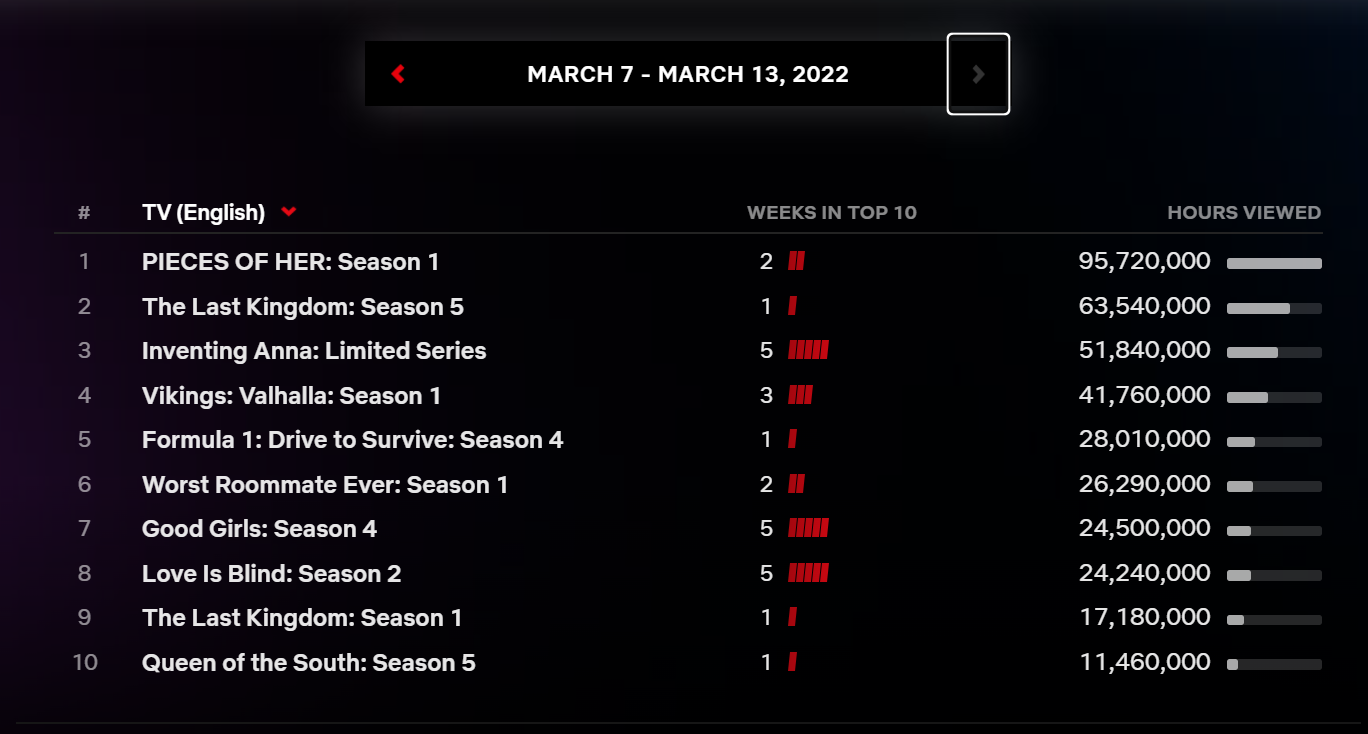