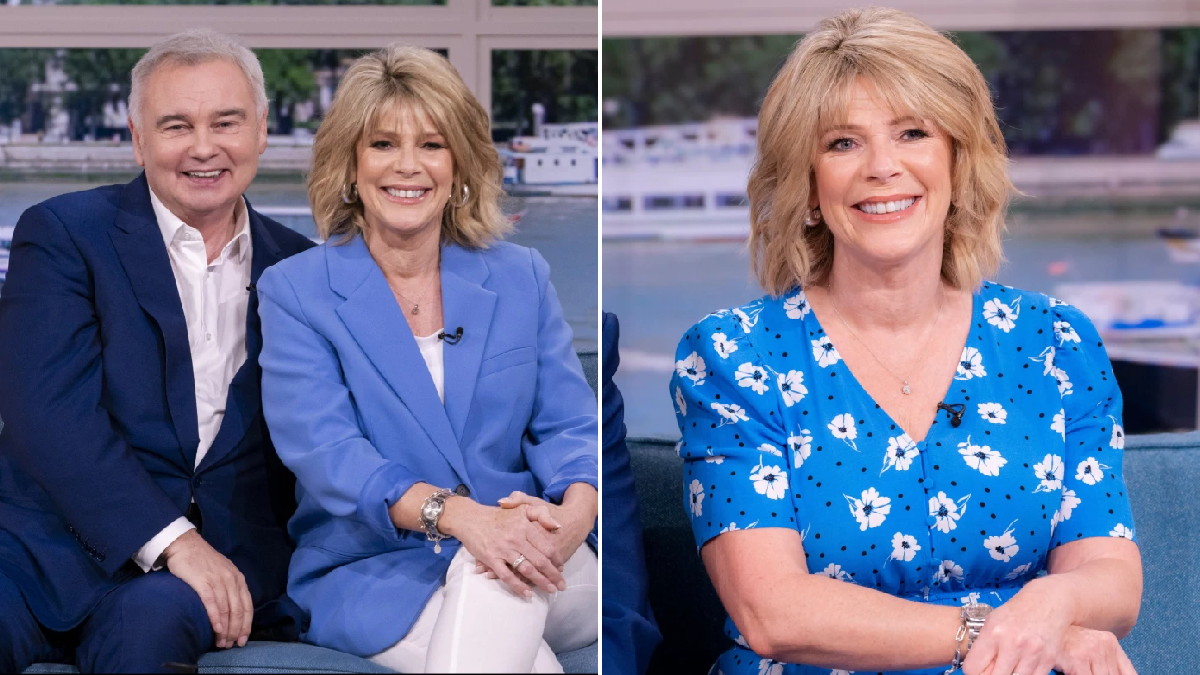 Ruth Langsford is ‘unlikely’ to remain on This Morning without her husband Eamonn Holmes, who has reportedly quit after 15 years.

Eamonn is said to have called it a day at the ITV daytime programme after being offered to front his own show on GB News.

The Mirror has claimed Ruth is ‘unlikely to remain on the show without Eamonn’, however she is expected to remain as a presenter on Loose Women.

Ruth has been a regular panellist on Loose Women on-and-off since 1999, before becoming an official host in 2013 in rotation with Jane Moore, Charlene White and Christine Lampard.

Outside of her television career, she has her own fashion line with QVC and appears on the shopping channel to promote her collections.

Ruth first began hosting This Morning in 2000 and is the show’s longest-serving presenter.

Eamonn joined the programme in 2006 and he and Ruth hosted the show’s Friday episode until earlier this year when Dermot O’Leary and Alison Hammond took over.

However, the couple continued to appear on the show occasionally, when Monday to Thursday hosts Phillip Schofield and Holly Willoughby are away for the holidays.

‘Eamonn’s move to GB News marks the end of an era,’ an insider told the Mirror.

‘He’ll be missed by many ITV viewers but, the truth is, this job offer probably came at just the right moment for both him and ITV. All good things come to an end.’

GB News launched earlier this year with a series of teething problems.

Chairman Andrew Neil quit just three months later and admitted he came close to a breakdown during his time on the network, saying that continuing with the channel ‘would have killed me’.

In an interview with the Daily Mail, he said he felt like he could no longer continue after the first week.

‘It just got worse and worse,’ he continued. ‘At one stage, we were waiting to go on air and the whole system went down. It had to be rebooted and we only managed it with 15 seconds to spare.

‘That stress was just huge. It meant you couldn’t think about the journalism.

‘By the end of that first week, I knew I had to get out. It was really beginning to affect my health. I wasn’t sleeping. I was waking up at two or three in the morning.’

Metro.co.uk has contacted This Morning and Ruth Langsford’s rep for comment.

This Morning airs weekdays at 10am on ITV.