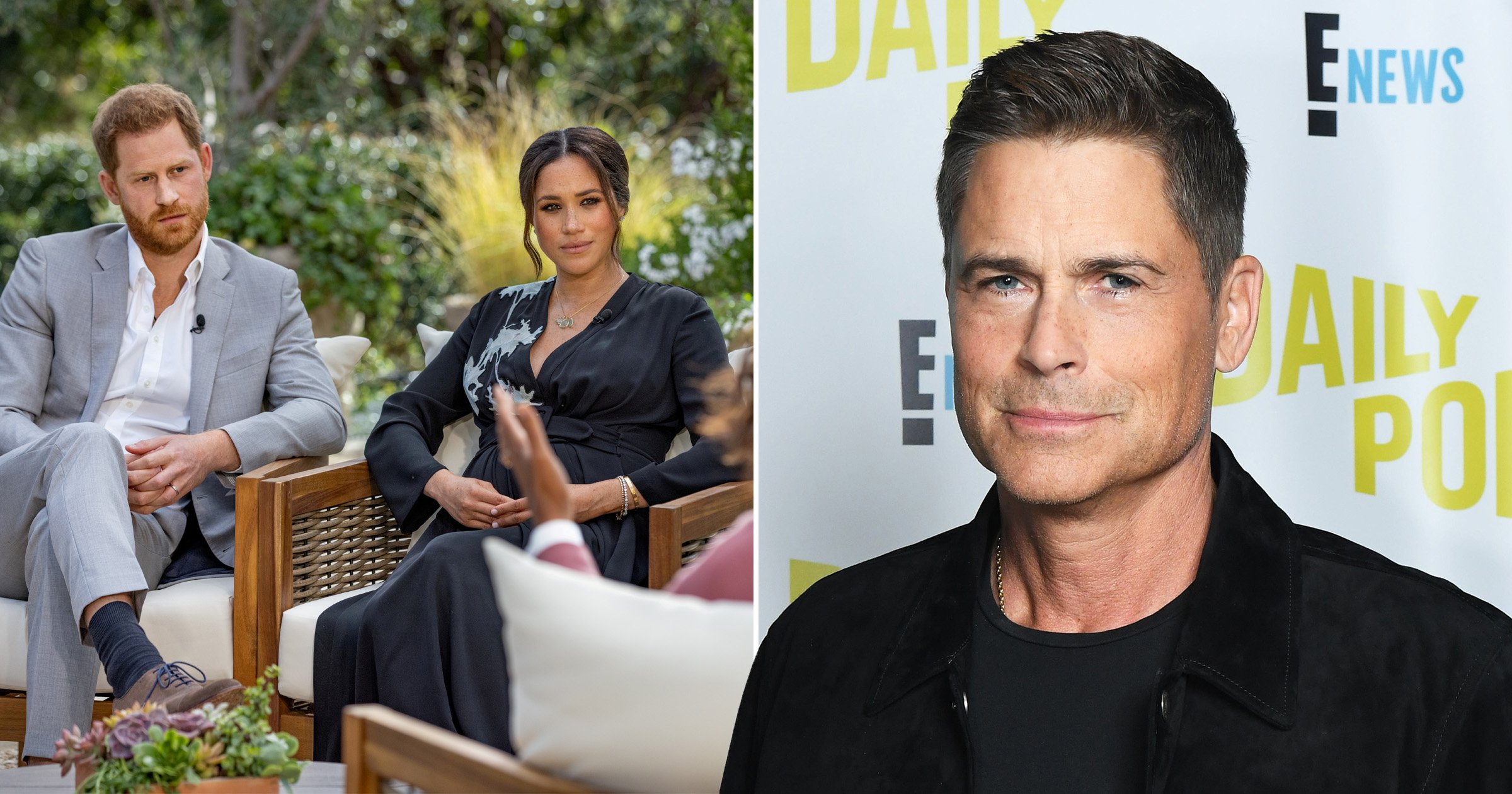 Hollywood actor Rob Lowe has addressed the rumours that Prince Harry and Meghan Markle’s bombshell Oprah Winfrey interview was held at his house after several weeks of speculation.

In early March, an interview conducted by media mogul Oprah with the Duke and Duchess of Sussex was released, in which the couple made several illuminating revelations about their experiences within the royal family.

In addition to Meghan revealing that she suffered from suicidal thoughts, she also alleged that an unnamed member of the royal family raised ‘concerns and conversations’ about how dark her son Archie’s skin might be when he was born.

The highly-publicised interview took place in an elegant garden in the US, with some people speculating that actor Rob had lent his property for filming.

During a recent interview, the 9-1-1 Lone Star actor addressed the rumour, admitting that he found it ‘so funny’.

‘It’s so funny. Everybody thinks the interview is shot at my house and then my friend Ted Sarandos who runs Netflix, everybody thought they shot it at his house,’ he said on E! News’ Daily Pop, laughing.

‘Here’s my thing and I have no idea: I think they just plain old shot it at Oprah’s. I swear to you, and they just said it was a mystery location.’

So the Parks and Recreation actor has put an end to that rumour once and for all.

Two months on from Prince Harry and Meghan’s interview with Oprah, the duke spoke to the TV producer for a new project, a five-part series called The Me You Can’t See.

While speaking in the series, Prince Harry said that he used drinking as a ‘mask’ while struggling to cope with the trauma of the death of his mother, Princess Diana.

Prince Harry also spoke about how he and Meghan were ‘followed, photographed, chased and harassed’ within days of their relationship becoming public.

‘I felt completely helpless. I thought my family would help – but every single ask, request, warning, whatever it is, just got met with total silence or total neglect,’ he said.