Moranis was hit on the head by a stranger on Thursday at 7:30 am on Central Park West near 70th street, NYPD confirms 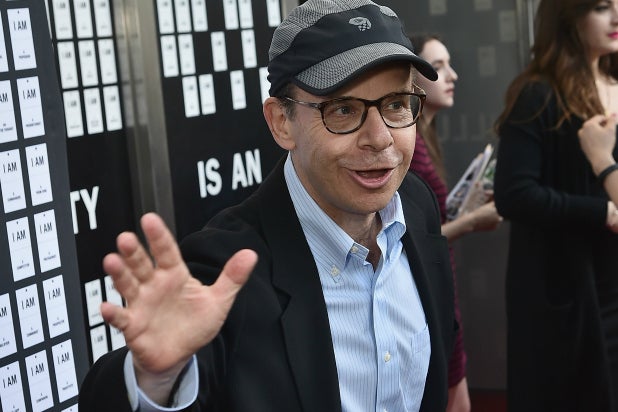 Rick Moranis, the star of “Ghostbusters” and “Honey, I Shrunk the Kids,” was assaulted in Manhattan on Thursday, and the attack was recorded by a surveillance camera.

Moranis was hit on the head by a stranger on Thursday at 7:30 am on Central Park West near 70th street, the NYPD has confirmed.

Check out the surveillance video via NYPD Crime Stoppers, below:

As the footage shows, Moranis was simply minding his business when the suspect attacked sending the 67-year-old actor to the ground.

Moranis went to the hospital after the attack and reported pain in his head, back and hip. After his release, he reported the crime at the precinct.

The search is currently underway for the suspect, who could be seen walking away.

Earlier this year, it was announced that Moranis is returning to the “Honey, I Shrunk the Kids” franchise with a new film at Disney called “Shrunk.”

The film will be a sequel to the 1989 original that spawned a franchise including “Honey, I Blew Up the Kid” and the direct to video “Honey, We Shrunk Ourselves.” The first two films in the franchise pulled in more than $281 million at the box office worldwide.

Moranis appeared in all three films and starred in the original as scientist Wayne Szalinski who creates a ray gun that accidentally shrinks his children down to the size of bugs.

Moranis is also known for his appearances in “Ghostbusters” and its sequel, “Spaceballs” and “Little Shop of Horrors.”