Rattlestar Ricklatica marked the midseason finale of Rick and Morty season four, bringing the show to a temporary hiatus. The animated comedy for grownups will be returning in 2020 but Adult Swim has yet to share a firm return date. However, some fans are still dissecting the most recent episode with Snake Jazz becoming a talking point.

What is Snake Jazz in Rick and Morty?

Rattlestar Ricklatica saw a time travelling story involving snakes which started with the scientist and his teenage grandson getting a flat tyre in space.

The episode then developed with a super-intelligent race of snakes on their own planet.

However, things got trippy when the snakes started battling against the rise of the machines in a parody of The Terminator.

Rick managed to attract the attention of the time cops. The two testicle-headed monster had to try and sort out the evolution of snakes and restore order in the universe. 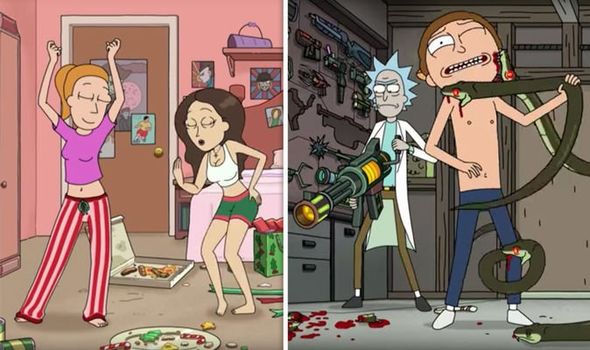 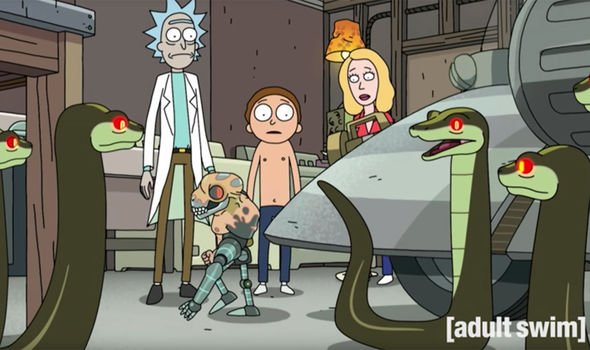 Somewhere in the mix, the concept of Snake Jazz came up. The genre has become something of a hit with one dedicated Rick and Morty fan even posting an hour-long audio of Snake Jazz on YouTube.

Summer and her school friends were dancing along to Snake Jazz during a sleepover.

She explained to the others: “My little brother got bit by a snake in outer space and killed it with a hub cap.

“And my grandpa had to scan its planet to discover an antivenom – and they found this. And it’s my jam! 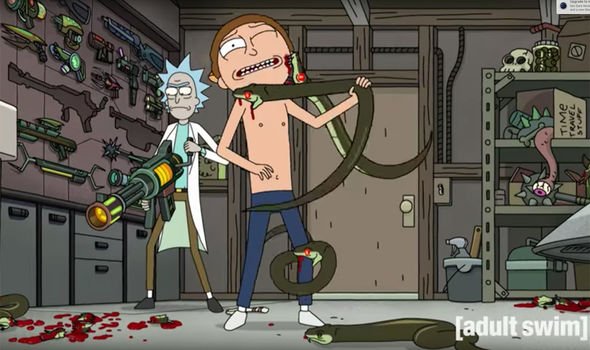 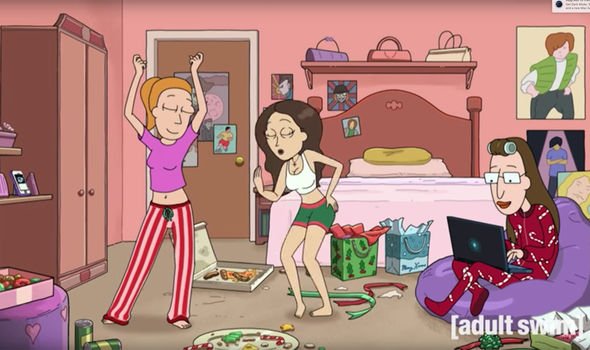 One friend loved it, but Summer’s other buddy Nancy raised a pertinent point about what she’d just heard.

“Can’t you alter the course of a species’ evolution with repercussions?” Nancy asked, only to be reprimanded by the other two.

As the episode revealed, Rick and Morty did indeed change the course of the space snakes’ history.

Snake Jazz could be heard throughout the episode with Rick playing it on a radio in his spaceship.

Morty later tuned into it on another radio as the smooth sounds of Snake Jazz could be heard playing.

“However, if they do, there is one artefact of it that makes it all worth it: Snake Jazz!”

Speaking generally about the episode, fellow co-creator Justin Roiland said the episode had been years in the making.

The time travel element was the thing that brought it all together.

He explained: “We always knew how the episode was going to start.

“We were laughing at how dumb it would be to see a little snake in a little astronaut suit made for snakes.