Sir Richard Branson made a rare appearance on TV this morning as he spoke to Kate Garraway and Adil Ray through video link on Good Morning Britain. While he arrived to speak about the arrival of his brand new cruise liner. Although Branson was extremely excited to discuss his new boats, Garraway and Ray had other ideas.

Speaking about filling the cruises with employees to sail around the world, Ray questioned the businessman about how he will be tackling this issue.

While Branson didn’t realise what he was being asked at first, Ray went on to clarify.

Asking for a second time, Ray said: “What I was getting at was this idea of Priti Patel – the Home Secretary – saying we’re no longer going to rely on low skilled workers from abroad.

“And employers such as yourselves should be employing more British workers to work for you.” 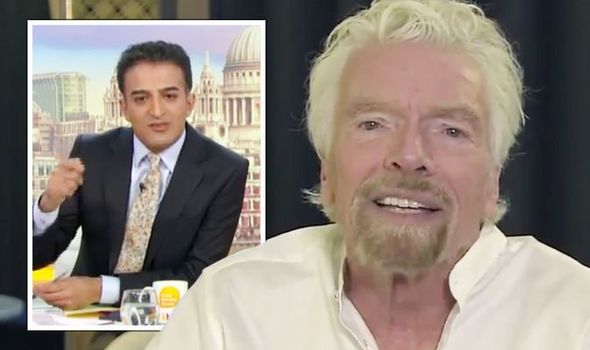 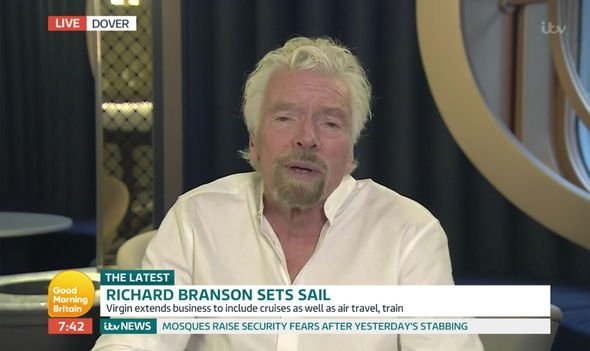 But Branson was not keen to put his opinions out there so quickly, as he deftly dodged the question.

He began: “Well look, this is the whole Brexit argument.

“If you’re pro Brexit you’d like to stop immigration. If you’re anti Brexit you feel the world should be one place.

“I’m more the world should be one place – but anyway, today I’m not going to talk about Brexit and immigration. We’re going to celebrate this beautiful cruise line!” 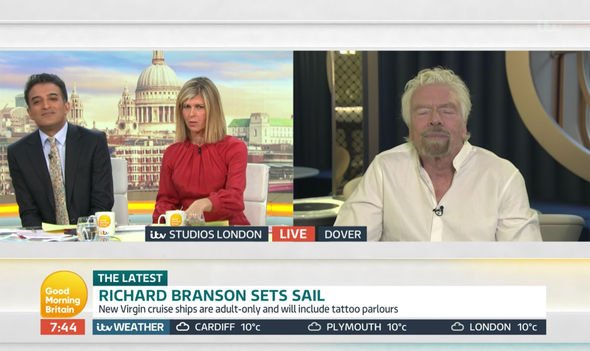 Fans of the show instantly hit out on Twitter regarding this exchange, claiming Branson avoided the question.

One fan wrote: “#GMB Branson, he asked you a simple question and you avoided it.”

However, other viewers sided with Ray, as they said he should have focussed on the topic at hand.

Earlier in the show Garraway took a cheeky swipe at her guests just before a heated debate.

Whilst hosting Jacqui Smith and Iain Dale in the studio, Garraway introduced the pair to viewers – but slipped up in her speech.

Garraway quickly realised her mistake, and was quick to correct it, adding: “Not lame Home Secretary at all.

Dale jumped in to mock the event, saying: “I wouldn’t do that with Jacqui if I was honest.”

Laughing about the situation, Smith announced: “I’m off!” before Garraway jumped in one again.

She begged: “For the love of God don’t storm out.”

Good Morning Britain airs weekdays on ITV at 6am.