PHILLIP Schofield horrified fans as when he did a massive sneeze live on air – but didn't use a tissue.

The This Morning host, 58, unexpectedly let out a loud sneeze while presenting the ITV morning show. 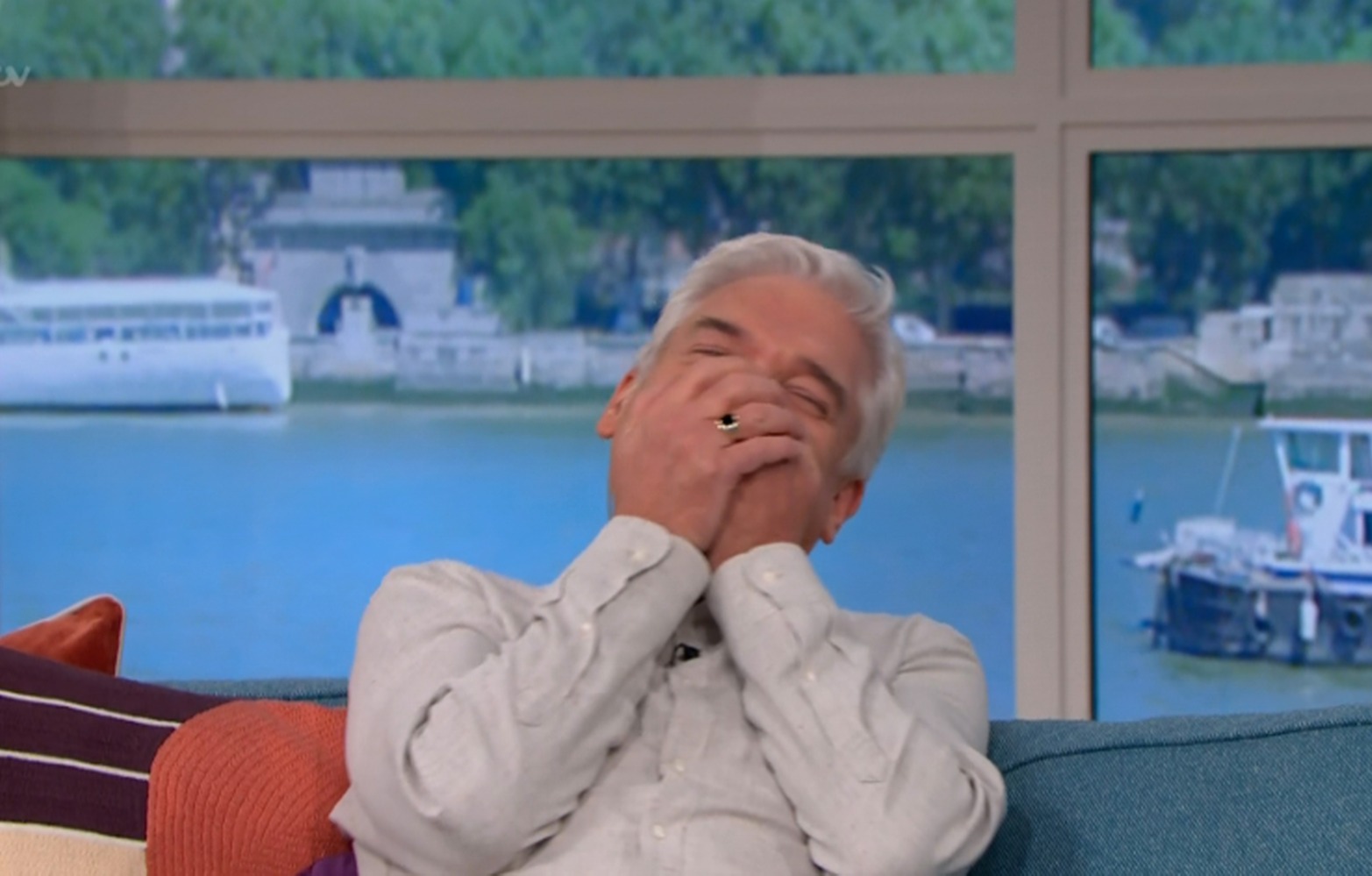 The TV star was sitting on the sofa two metres apart from his co-host Holly Willoughby when he felt the urge to sneeze.

However, the telly favourite was caught off guard and sneezed into his hand without using a tissue.

Holly, 39, clearly saw it coming as she leapt back and covered her face before bursting out laughing.

Phillip was left red-faced as he reached for the nearest bottle of antibacterial gel to disinfect his hands. 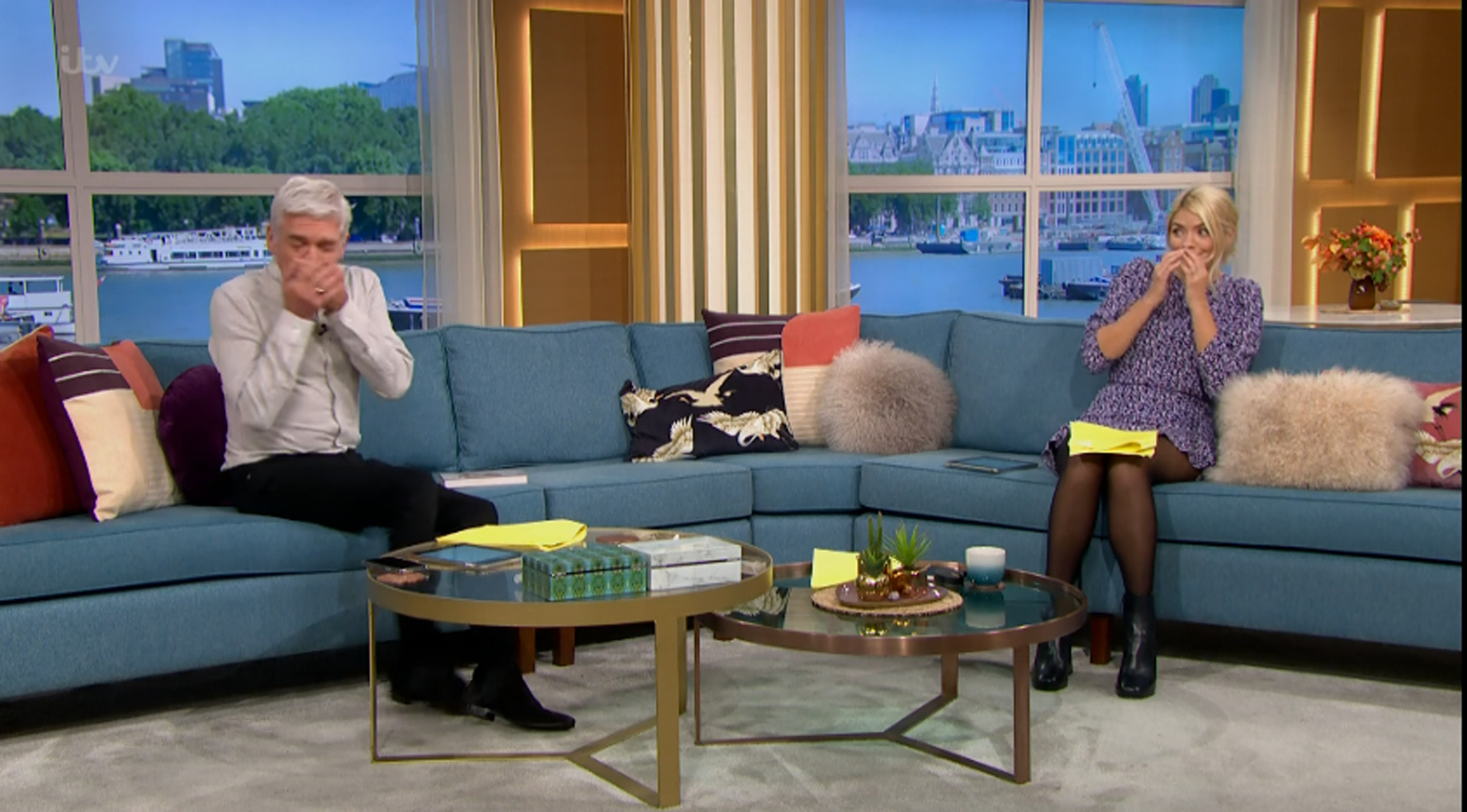 The duo began to giggle, with Holly yelling: “Disinfect, get out."

She joked: “He was saying in the break that he could feel it, it’s going to happen and it will wait until you’re on the TV for it to happen.”

Phillip was left embarrassed by the sudden sneeze, before pretending to rub the gel all over his face, he said: “It’s the worst moment.”

But some fans were less than impressed that Phil didn’t use a tissue, with one writing: “Use a tissue or hanky, virus spreading git #thismorning #covid19” 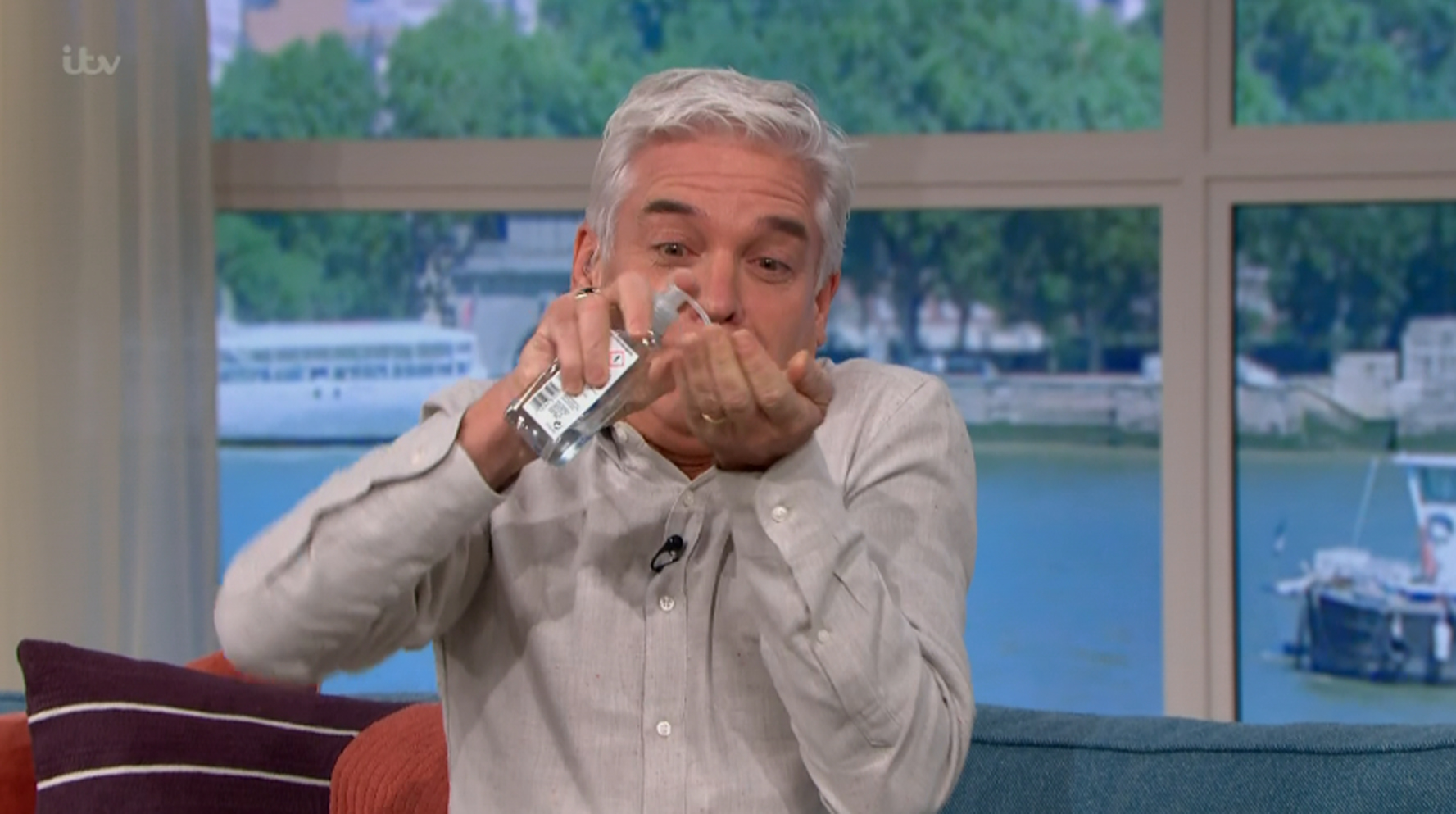 Another said: “Mr Schofield sneeze into the crook of your elbow next time.”

Another urged Phil to set an example for viewers by sneezing into his arm if he doesn’t have a tissue.

A twitter user posted: “Phil!!! Sneeze into your arm please!!! Set the standard.”

It has been an eventful week for the presenting duo – earlier this week Holly joked that she’d been replaced after Phillip fronted the show alongside a sex doll.

Phil introduced rubbery Bella in a feature about how the sex dummy business has boomed in lockdown.

Coming back from the break, Phillip was seen alongside the sex doll talking to her and giggling: "Oh you, you're so funny."

Holly asked: "Have you replaced me already? You've upgraded me for a better model."

She added that a member of the crew had mistaken the dead-eyed doll for her when the lights were down in the studio. 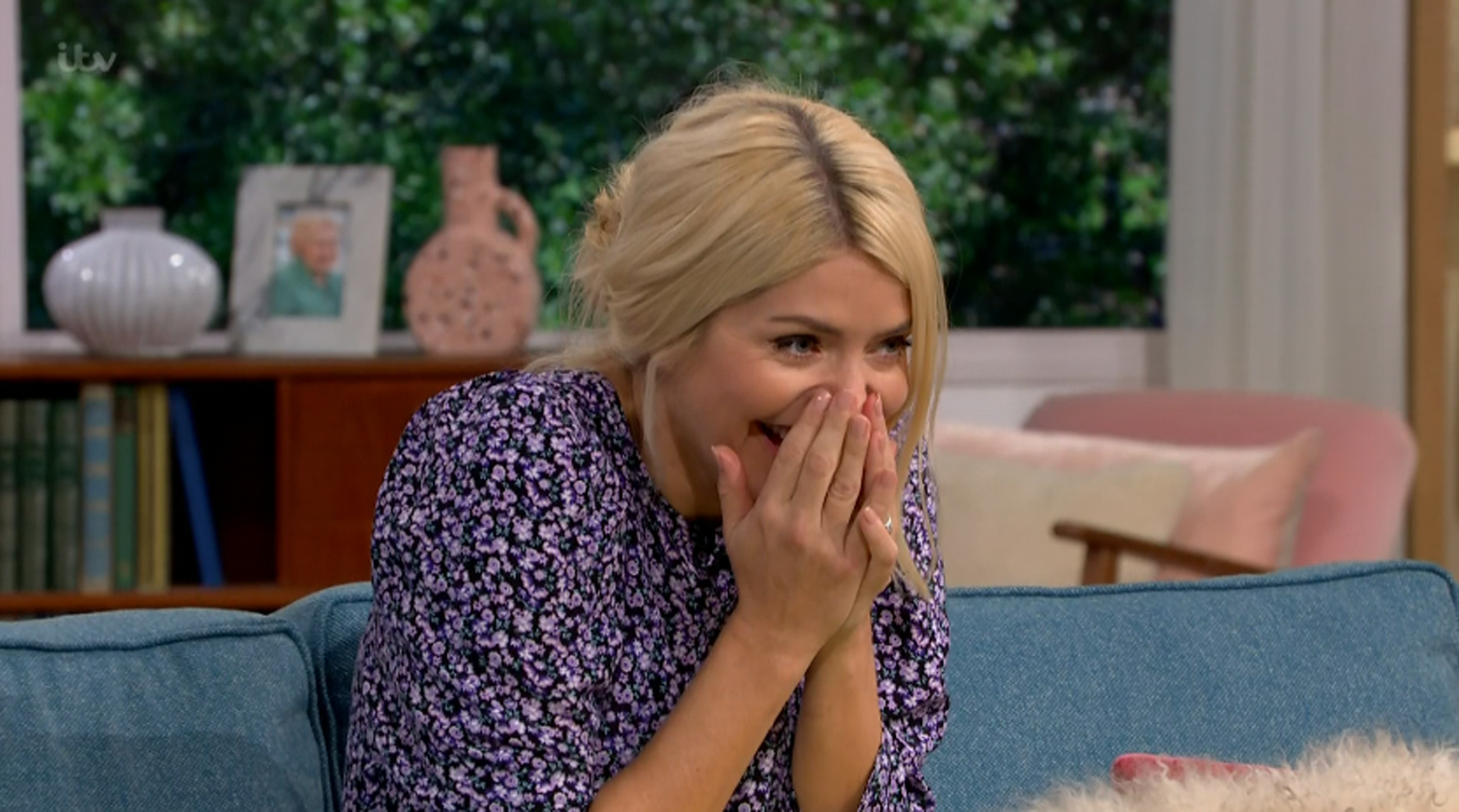 Blonde-haired Bella had been dressed up in a tasteful kimono and a pair of sandals.

She said: "A member of the crew, I won’t say who it was, came in this morning and thought it was me sat on the sofa. Shocking."

Phillip added: "They did and they said: 'My God did you have a rough night out last night?'"

The presenters were talking to sex doll boss Jade Stanley, who had seen sales of the dummies quadruple since lockdown was introduced. 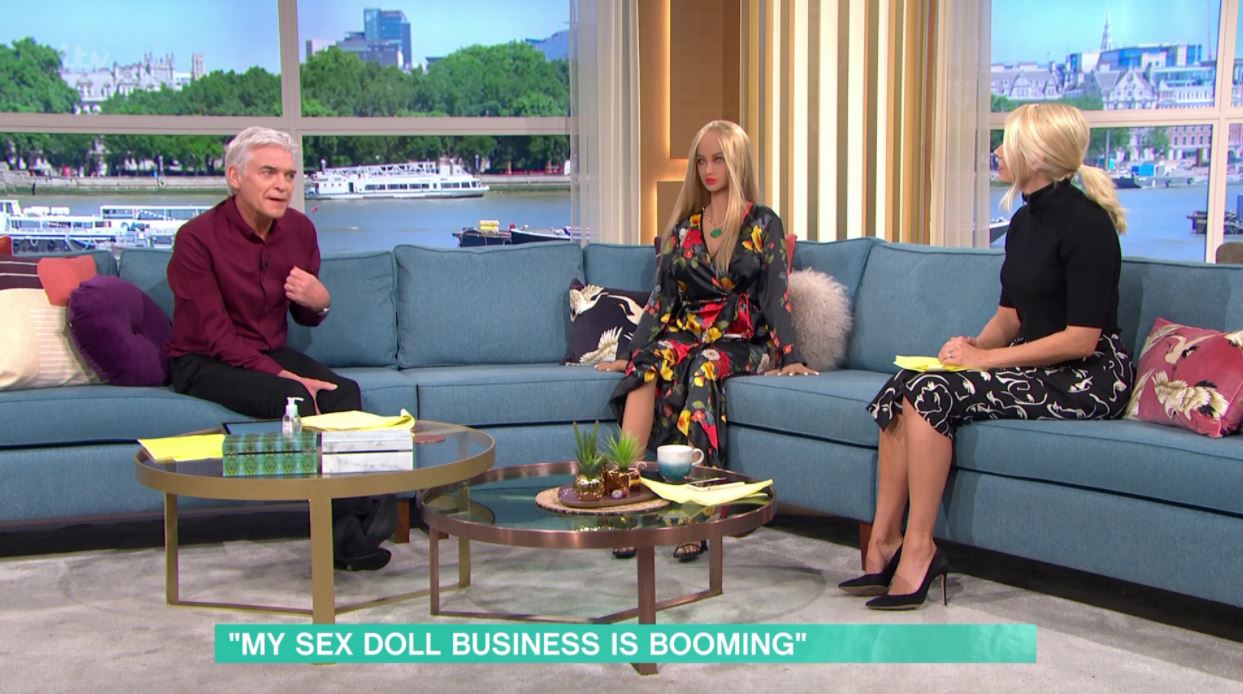 Explaining how they could be stored, she explained: "A lot of people put them in their shower."

Horrified, Holly replied: "Imagine how freaked out you’d be if you went to that person's house."