Plus, Roman Reigns and Samoa Joe will attempt to squash their beef during a “Samoan Summit” segment, TheWrap has learned 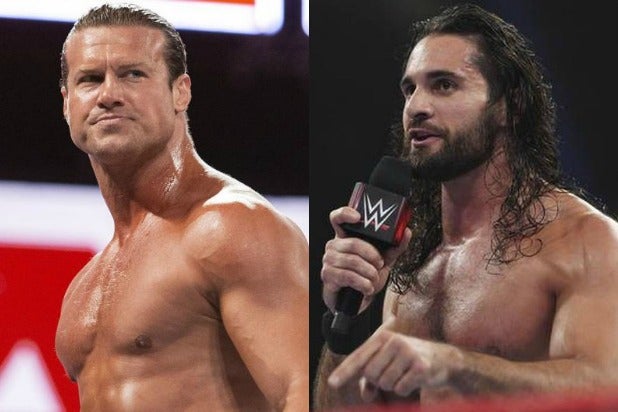 WWE’s “Monday Night Raw” is riding its recent TV ratings momentum into next week with a trifecta of strong matches, TheWrap has learned exclusively. Seth Rollins will take on Dolph Ziggler, Becky Lynch is set to wrestle Alexa Bliss, and Roman Reigns will come face to face with Samoa Joe during a “Samoan Summit” segment.

Former WWE Universal Champion Rollins will be coming to the aid of the legendary Shawn Michaels, who caught a little “Sweet Chin Music” — a Superkick, his own finishing maneuver — from Ziggler last week on WWE’s “SmackDown Live.”

As for Reigns and Joe, well, one is a top babyface (the pro-wrestling term for a “good guy”) and the other a top heel (a “bad guy”), and both are Samoan. They’ll attempt to “squash their beef,” we’re told. It’s a safe bet that the segment won’t quite go according to that plan.

Last week, “Raw Reunion” pinned down 3.093 million total viewers, an increase of 26% from last week’s regular “Raw” episode. In terms of both total viewers and the key 18-49 demographic (1.463 million viewers, +42% versus the prior week), it was actually the highest-rated “Raw” episode since the April 16, 2018 Superstar Shakeup.

That means it did even better than the “Raw” after WrestleMania 35, which is a big performer annually and marks the start of World Wrestling Entertainment’s new “season.” Monday’s episode was 5% higher among adults 18-49 than that April 8, 2019 fallout show, and did 6% better overall.