Diana Tejada (LaToya Tonodeo) has always had a presence in Power Book II: Ghost. The only daughter of Monet (Mary J. Blige) and Lorenzo Tejada (Berto Colon), Diana has been kept under her mother’s thumb for the majority of her life. Now, she’s beginning to branch out on her own, in search of her independence.

So far in season 2 of Ghost, fans have watched Diana do things she wouldn’t have dared to have done in season 1. She ignores the advice of her mother and her brothers, Cane (Woody McClain) and Drew (Lovell Adams-Gray). In fact, Tonodeo says the character is bound to upset a ton of fans this season. 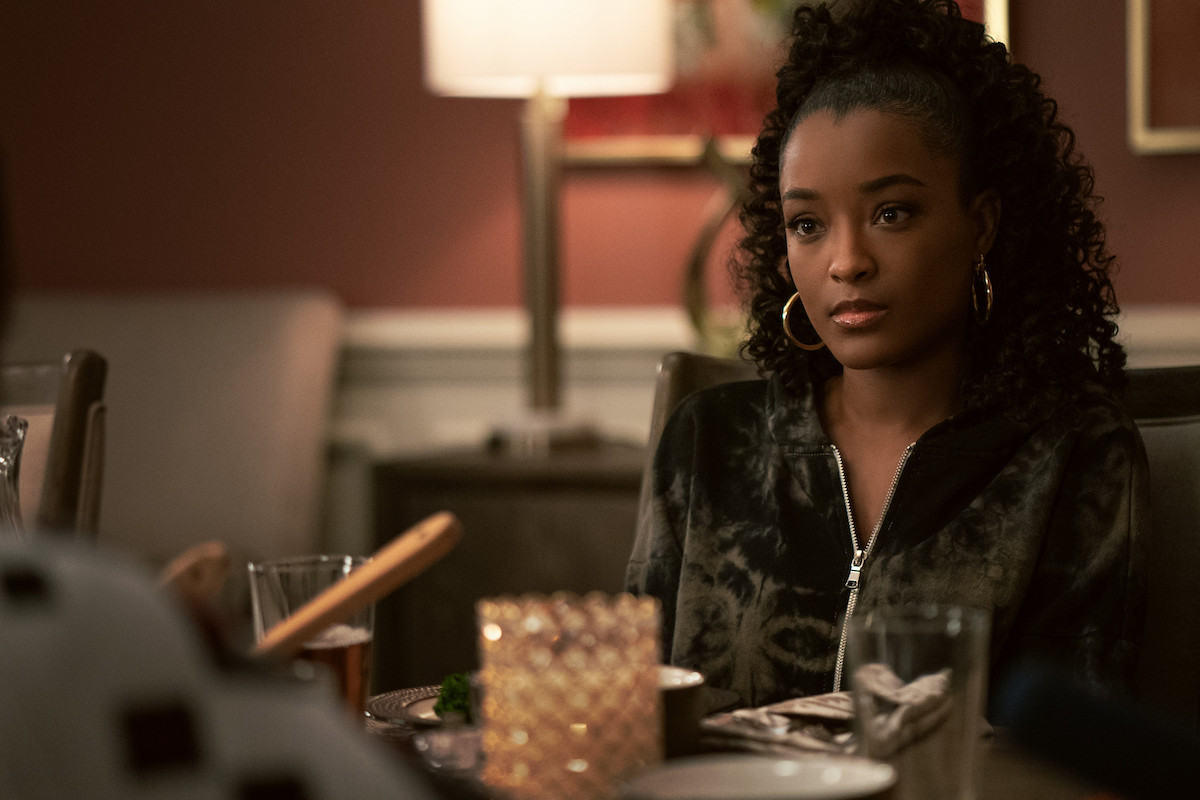 It looks like Diana is no longer waiting for life to come to her. She isn’t willing to just let her mother run the family business while her father rots in prison. “She wants to do her own thing. She wants to go to school,” Tonodeo told ABC Audio. “Her mom is like, ‘No, this is what you need to do. I’m teaching you the game so that you can take over.’ She definitely gets closer with Tyriq, but again, that is a little tricky because we are part of this family and we don’t let any and everybody in. So, I feel like you’ll get to see how close we allow him in, how close Diana will get to him.”

Monet has always kept her children on a tight leash. However, she nearly smoothers Diana with her rules and regulations. This season, we’ve watched Diana branch out on her own, taking control of trying to get her father released from prison and connecting with Effie (Alix Lapri) to learn how to manage the drug life with life as a civilian.

However, as Diana finds her footing, Tonodeo says she’s bound to upset a lot of people. “I would say [Diana] is really getting close to finding her independence,” she told Distractify. “Because at the end of the day, she’s still a part of a really powerful family. And how far can you really step out? You know? She’s gonna dance around it for sure. But, she’s trying her best to get to that full independence.”

She added, “Diana may upset some people. Just wait and see. In my opinion, from the audience standpoint, I think what Diana is doing this season is good because she’s finally saying, ‘Forget this, I want to do what I think is best for the family.’ And some people may not agree. So we’ll see how everyone feels about it.”

Will Diana and Tariq end up together?

Though Tariq is currently in an entanglement with Lauren (Paige Hurd), fans believe he and Diana and destined to be together. At present, Monet is keeping Tariq and Diana apart, however, the princess of the Tejada family is also very similar to Tariq’s mother, Tasha (Naturi Naughton) in many ways.

Fans aren’t the only ones who see Diana and Tariq as endgame, Tonodeo is convinced that they could have a future together as well.

“She comes from a family who knows the game,” she told Distractify. “I feel like if he were to end up with Diana, he could be his truest self. She knows what Tariq is about. She also knows that you’re trying to be better than that as far as getting an education. So, I feel like it’s always good to be able to be comfortable — or, not comfortable, but your true self — in a relationship, without having to put on a representative. I feel like with Diana he can be that because she understands both worlds.”