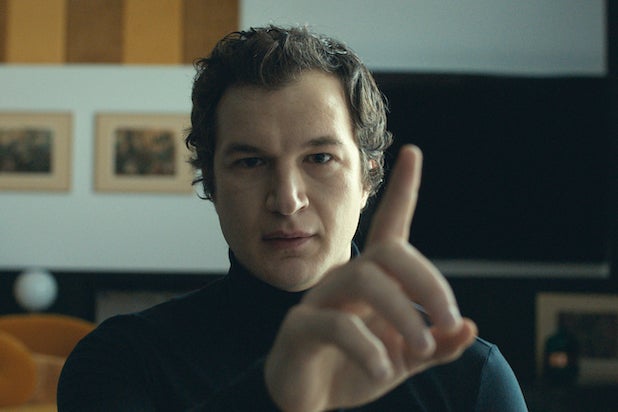 Kino Lorber has acquired the North American rights to “Never Gonna Snow Again,” Poland’s submission to the Oscars race for Best International Film, and the indie distributor is planning a release in spring 2021.

Małgorzata Szumowska and Michał Englert directed “Never Gonna Snow Again,” and the two also co-wrote and produced, with Englert also serving as the cinematographer. The film premiered in competition at the Venice Film Festival this year and won the Premio Fondazione Fai Persona Lavoro Ambiente Award, and it was also an official selection of the canceled Telluride Film Festival.

“Never Gonna Snow Again” stars “Stranger Things” actor Alec Utgoff as Zhenia, a Russian-speaking immigrant from the East who enters the lives of the rich residents of a bland, walled-off community as a masseur. Despite their wealth, the residents emit an inner sadness and a longing. The mysterious newcomer’s hands heal and his eyes seem to penetrate their souls. To them, his Russian accent sounds like a song from the past, a memory of their seemingly safer childhood and someone who can change their lives.

Poland has been a roll at the Oscars, picking up nominations for the country’s last two submissions, including Pawel Pawlikowski’s “Cold War” in 2018 and Jan Komasa’s “Corpus Christi” in 2019.

Szumowska made her first English language feature with “The Other Lamb,” which premiered at TIFF in 2019, and Kino Lorber previously released her film “Elles.”

“Like the forsaken souls who find solace in Zhenia’s magical touch, we believe Malgorzata and Michal’s miraculous film will magically touch audiences seeking comfort and uplift in our own present state of induced isolation,” Kino Lorber’s Wendy Lidell said in a statement.

“We are thrilled to be working on our jewel with Kino Lorber, their enthusiasm for the project was truly spectacular considering the circumstances we all fight with today. I really trust that our film will bring some hope and reflection to audiences,” producer Mariusz Włodarski added.

The deal for “Never Gonna Snow Again” was negotiated by Kino Lorber SVP Wendy Lidell and The Match Factory’s Thania Dimitrakopoulou, who are handling worldwide sales on the film.