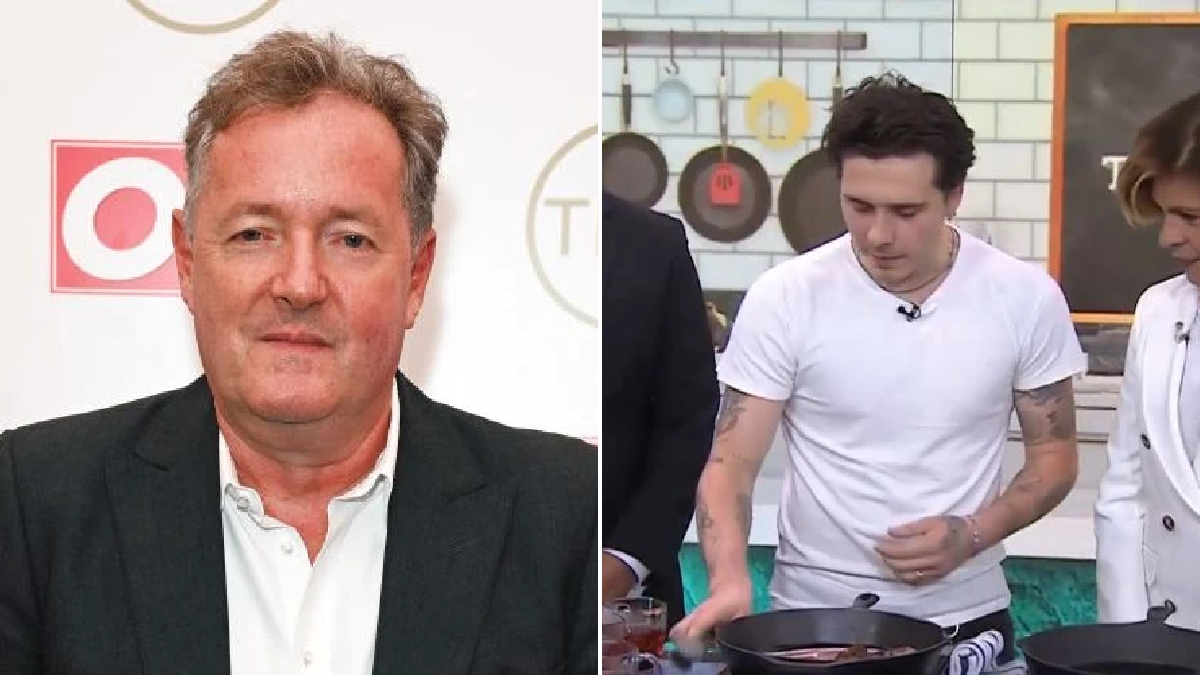 Piers Morgan didn’t mince his words after seeing Brooklyn Beckham’s cooking segments on the Today Show over in the US, branding the whole shebang ‘pointless’.

David and Victoria Beckham’s eldest son Brooklyn, 22, made two appearances on the morning programme where he rustled up an English breakfast sandwich consisting of bacon, egg and sausage, before later taking on steak quesadillas.

Many views were confused by Brooklyn’s stint in the kitchen, with some wondering whether it was a joke.

Sharing a clip of Brooklyn in action, he tweeted: ‘Worst, most unutterably pointless segment in morning television history?’

Before Brooklyn demonstrated how to make the sausage, bacon and egg sandwich he told Today Show hosts Hoda Kotb and Carson Dal that cooking is ‘something I love doing’.

‘English bacon is the best bacon,’ he continued as he put the meat in the cast iron pan. ‘When the bacon is cooked, I put it on a paper towel so it’s not oily.’

Brooklyn then proceeded to cook the sausage, telling the presenters: ‘You put it in and when it’s fully cooked all the way around, I slice it in half. I slice it and cook the inside.’

As the segment moved on, Brooklyn was quizzed on whether he grew up eating the breakfast sandwich, to which he responded: ‘Yeah, so, my great-grandma taught me how to make this so it’s really special to me.’

He then assembled the bap and explained: ‘I first put the sausage, bacon and then the egg. I always like to squish it down a bit.’

Although Piers is clearly a tough critic, Hoda and Carson were living for the food, with Hoda exclaiming: ‘Oh my God, Brooklyn, come on. Come on!’

And to be honest, we wouldn’t be too mad about eating a breakfast sandwich right now.