PETER Andre made a cheeky sex joke to wife Emily on Lorraine today when he taught viewers how to make souvlaki.

The couple cooked the traditional skewer dish outside in the stunning setting of Peter's native Cyprus and the heat certainly seemed to go to his head. 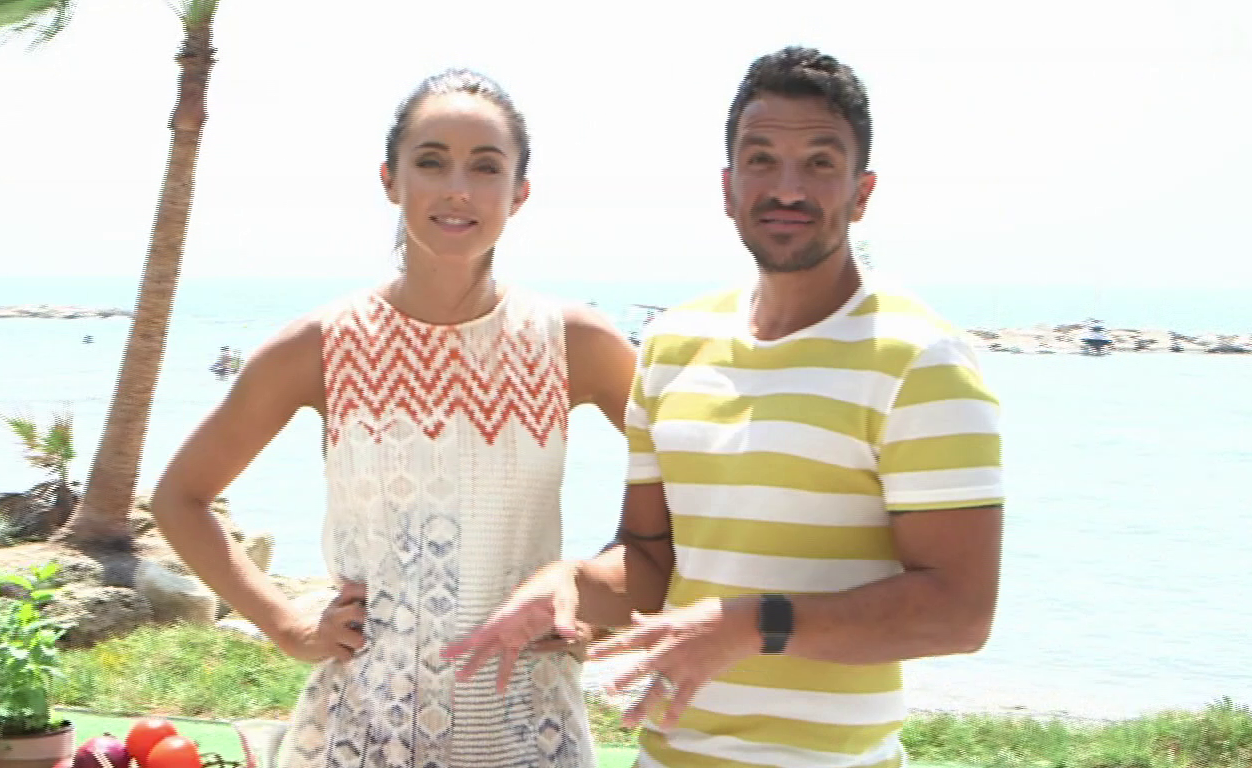 Peter, 46, explained the pork needed 30 minutes to marinade and turned to his trainee doctor wife, 29, and said: "What can we do in 30 minutes babe?"

Emily froze as she caught on to his gag and then smiled before she quipped: "Well wait for this to marinate!"

But her husband had already skipped off to a hammock a few metres away and went for a little swing, inviting the mum-of-two to join him.

Peter's kids Princess and Junior, who he had with ex-wife Katie Price, joined the couple on their sunshine trip. 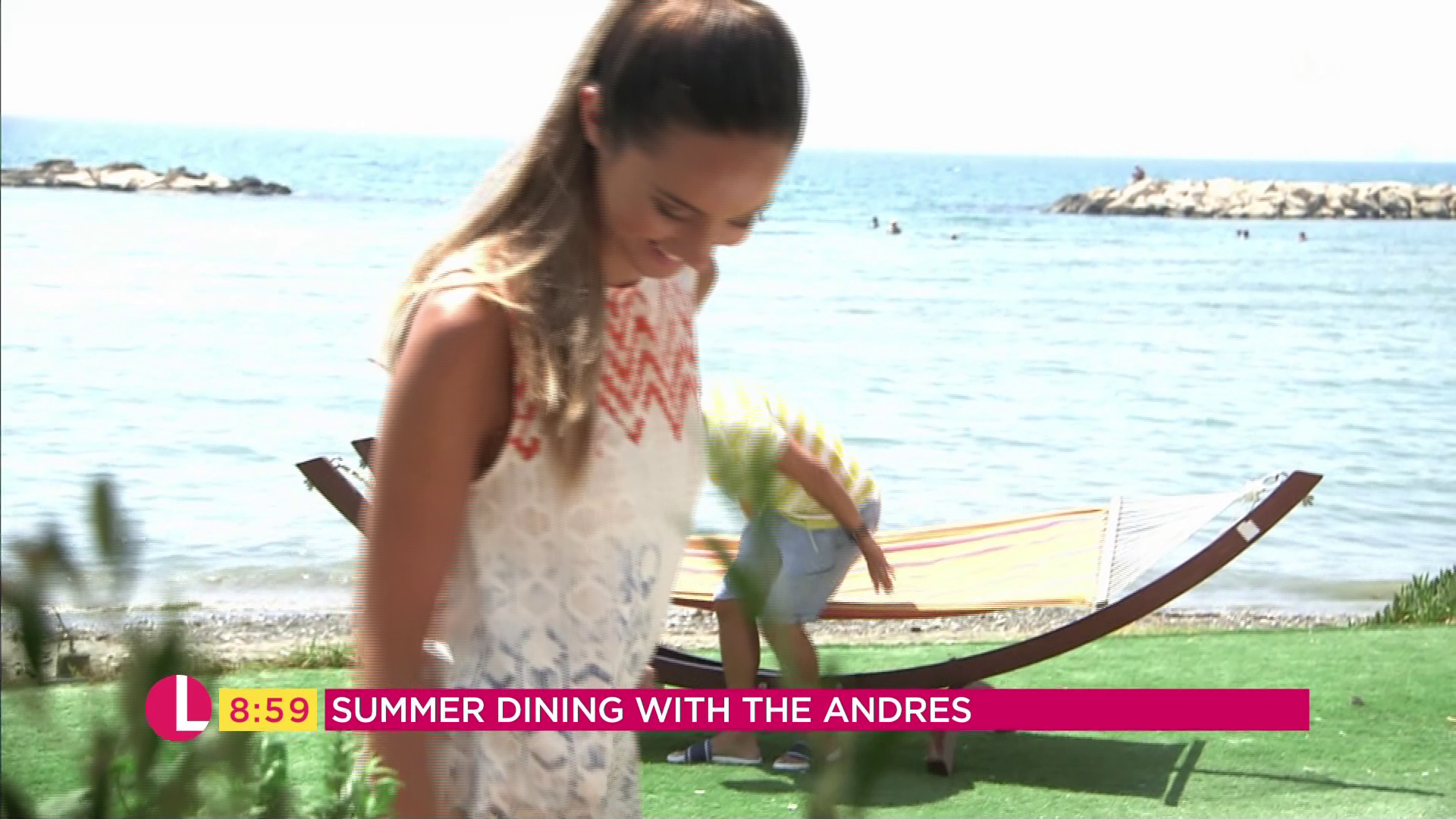 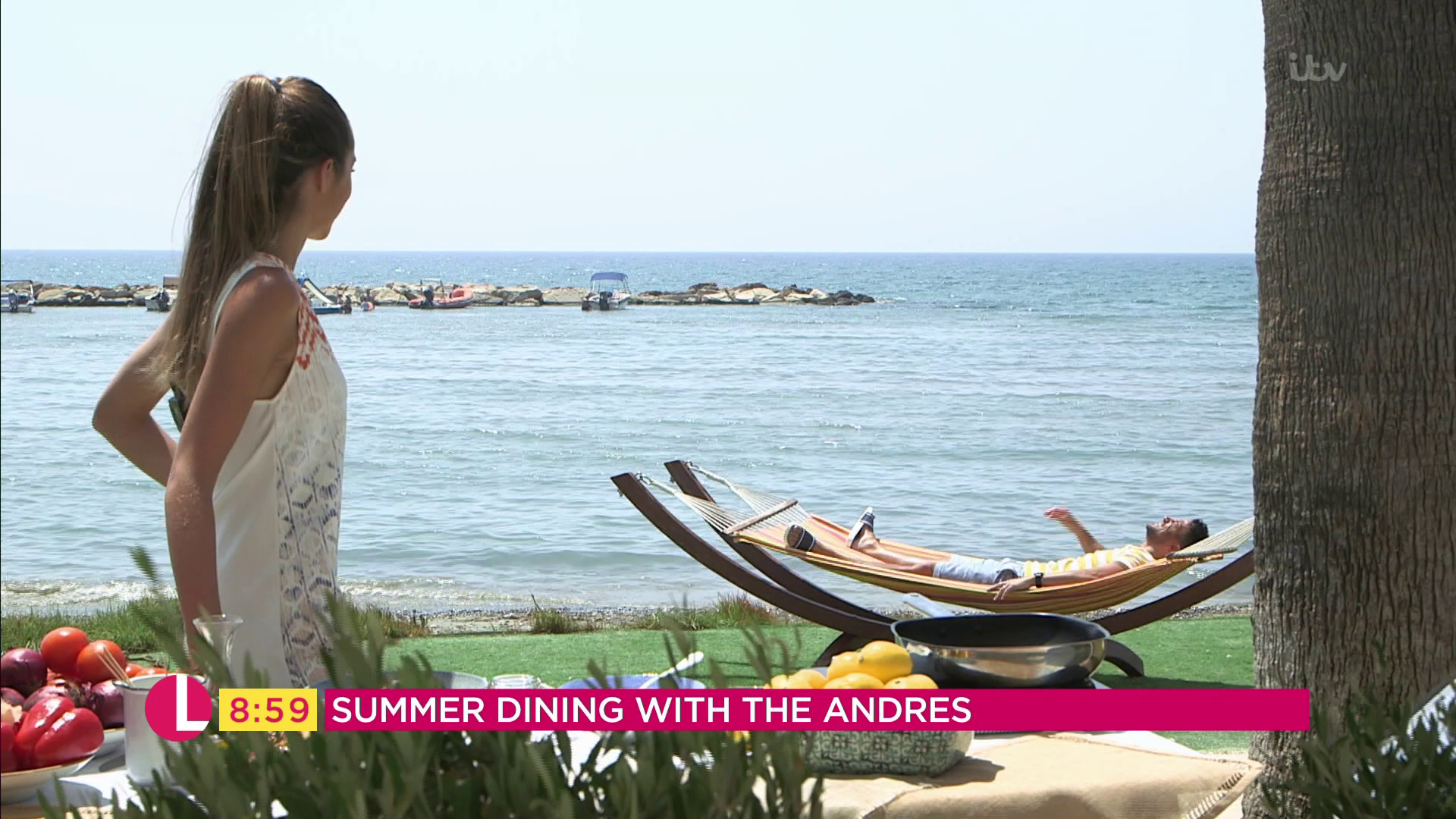 The holiday comes as their mum claimed Pete won't let her record a song with them – because he wants to get in there first.

She revealed her hopes of having Princess, 12, and Junior, 14, feature on her new album but reckons ex husband Peter wouldn't allow it.

Princess already sings on her new single Hurricane but Katie admitted she'd love to go one step further and work with Junior too.

Speaking on Flex FM to pal Rick Live – who produced her single – she dished: "[Princess] is actually a really good singer, and Junior – they both are. 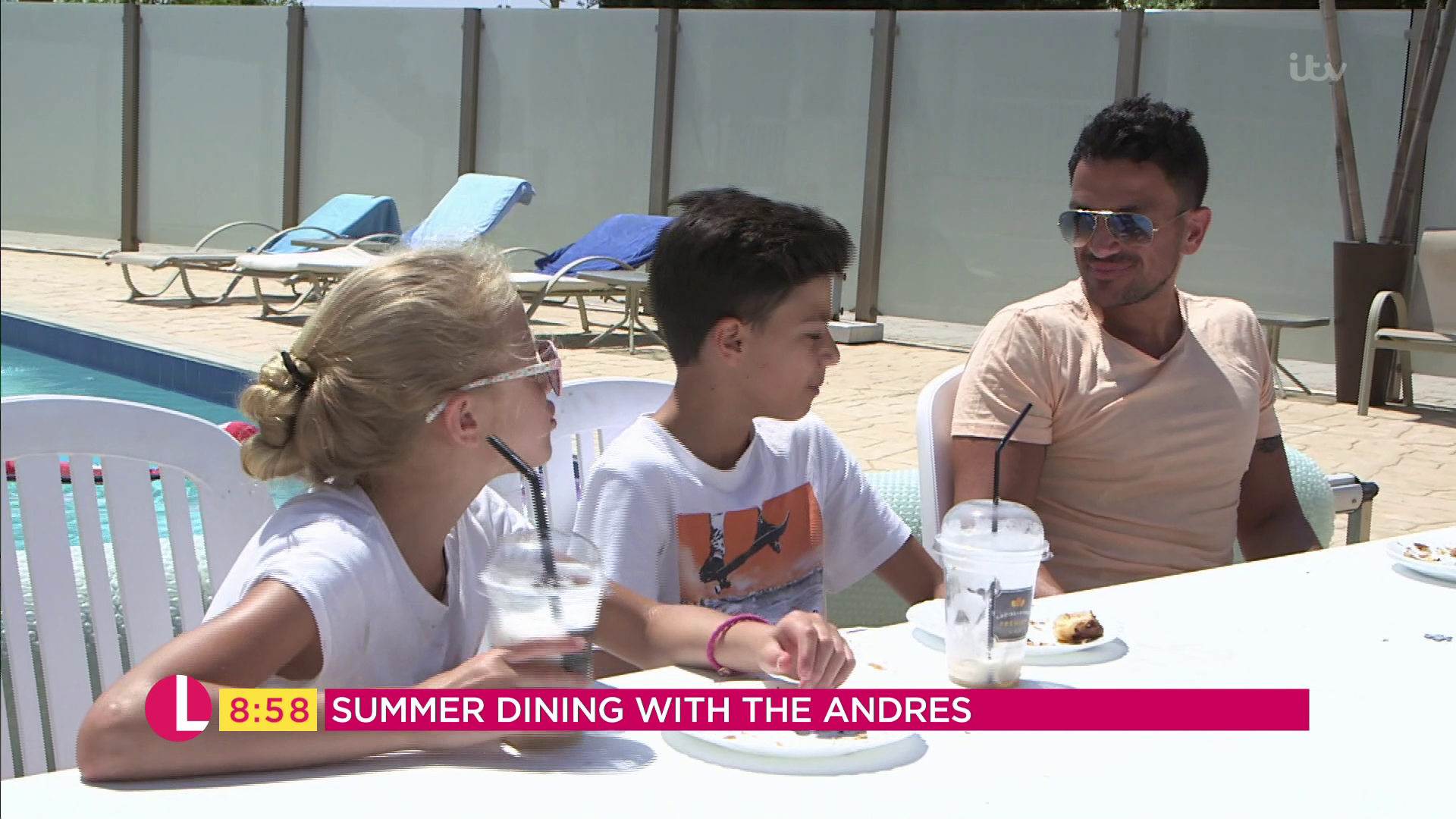 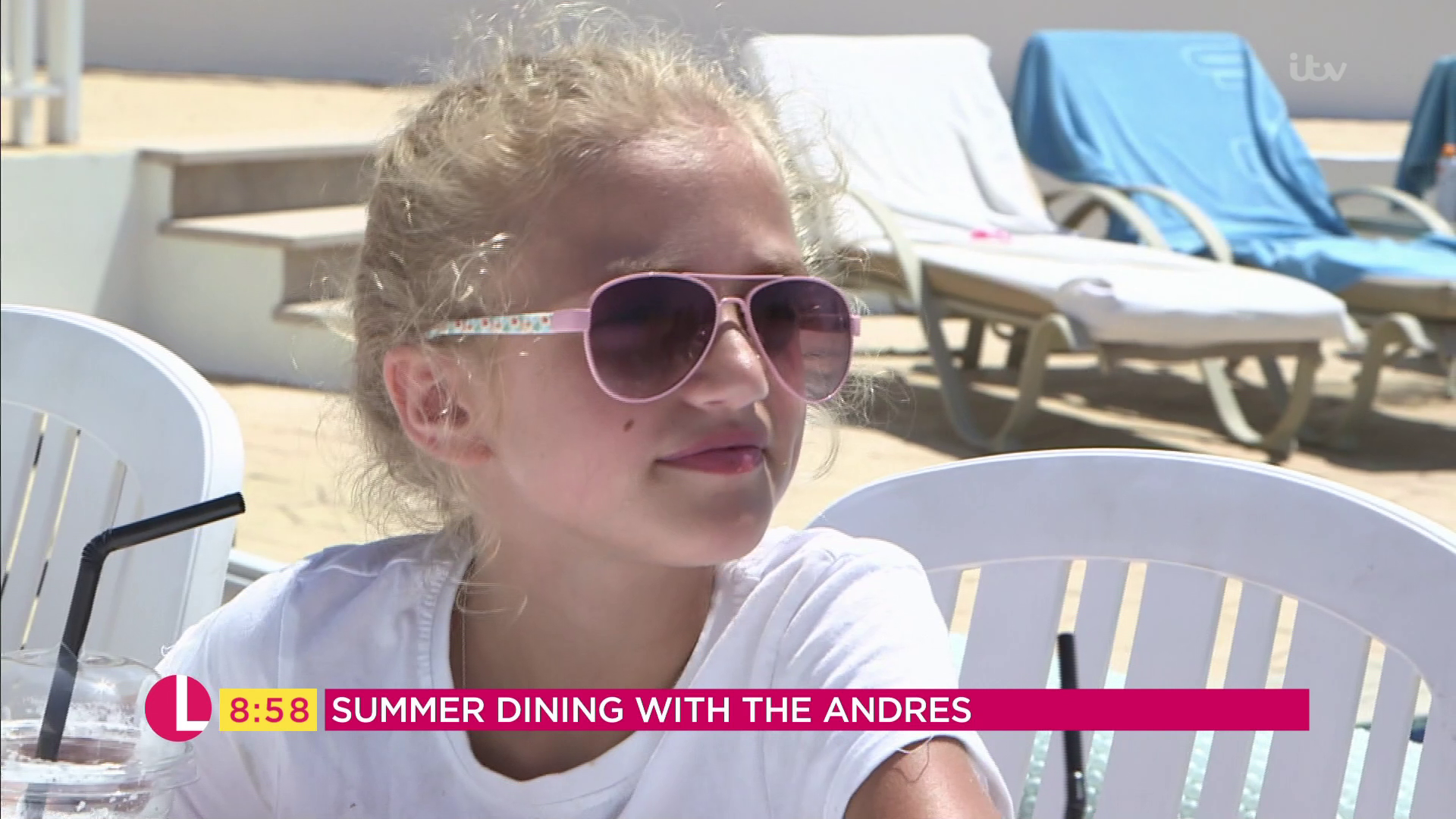 "I'd love to have my kids on my album but I suppose I have to pass it through someone else who probably won't let me because they'd want to do it first but anyway we'll cross that bridge won't we."

Katie's jibe comes after The Sun exclusively revealed the star has had a fresh row with Peter after refusing to take hair strand drugs tests.

The star, 41, had been asked to take the tests after she admitted she was taking cocaine “weekly for about half a year” – but has told friends she doesn’t need to as her chaotic life is back on track. 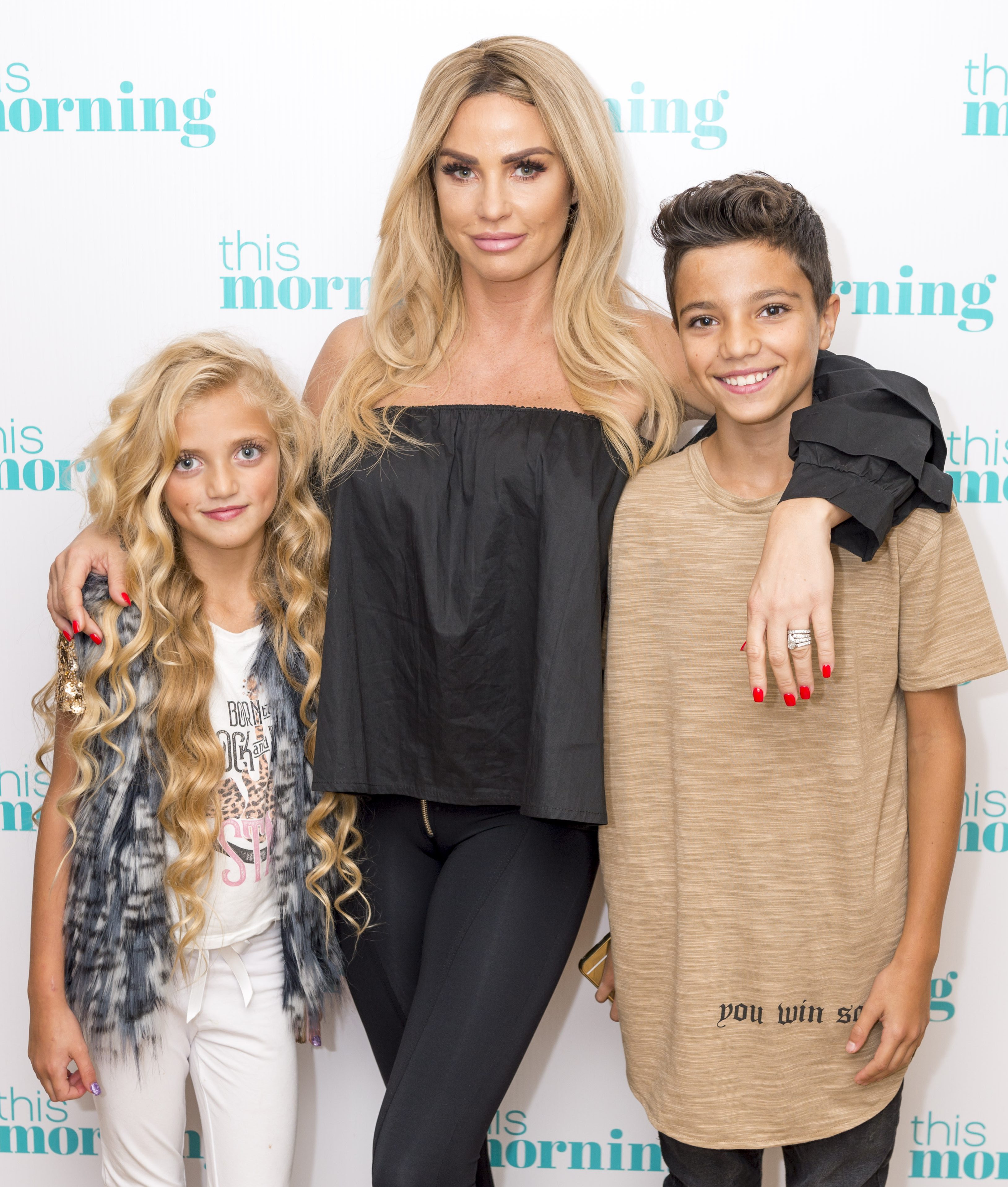 Insiders said Katie had “put her foot down” and told her team she’s “done enough” tests – and won’t be doing any more.

“She’s sick of it – she feels she’s done enough of them and has nothing to prove now,” a source close to the TV personality said.

However, another source added: “Everyone wishes she would do a test and then prove once and for all that there are no problems to worry about.”

Last year, it was reported that Pete, 46, had forced Katie to take a substance test before he’d allow their two children, Princess, 12, and Junior, 14, to see her.