Elisa Lam’s mysterious disappearance and untimely death is the subject of Netflix’s latest true-crime docuseries, Crime Scene: The Vanishing at the Cecil Hotel, which pieces together her final days while staying at the Cecil Hotel. The four-part series directed by Joe Berlinger also shines a light on the Los Angeles location’s nefarious past, which contributed to the many conspiracy theories attempting to explain what happened to Lam, including wrongfully accusing singer Pablo Vergara, who was known as Morbid, of somehow being involved. After speaking out in the docuseries, Vegara opens up to ET about what he went through and the threats and accusations he received online, which “spread like wildfire.”

Vergara adds that at the time, things “just went out of control.” And as a result, he was very hesitant to appear on camera in the docuseries for fear it would spark a new wave of unwanted attention and accusations. It took a lot of convincing “simply because, you know, the subject matter. It’s not such a nice thing that happened and the fact that I was involved in it,” he says.

Thanks to Cecil Hotel’s nearly century-long history of being associated with violence, murders and suicides, it should almost come as no surprise that when Lam first disappeared in 2013, it caught the attention of web sleuths who were determined to solve the case on their own. Unfortunately for innocent bystanders like the hotel’s employees, its guests and others, it was believed that she was murdered by one of them and her death was somehow being covered up. And as the case dragged out, the theories became more and more complex with people on the internet digging deeper and deeper, trying to turn coincidences into hard evidence.

And that was the situation with Vergara, whose musical persona was fascinated with the darkness and death. “Morbid has always been me and my dark subconscious. I do horror music, I do horror screenplays, so I’m pretty aware of like, you know, who Richard Ramirez is or Charles Manson or whatever,” he explains. (Coincidentally, Ramirez was one of the hotel’s more notorious guests. The subject of Netflix’s The Night Stalker stayed there during his killing spree in 1984.) 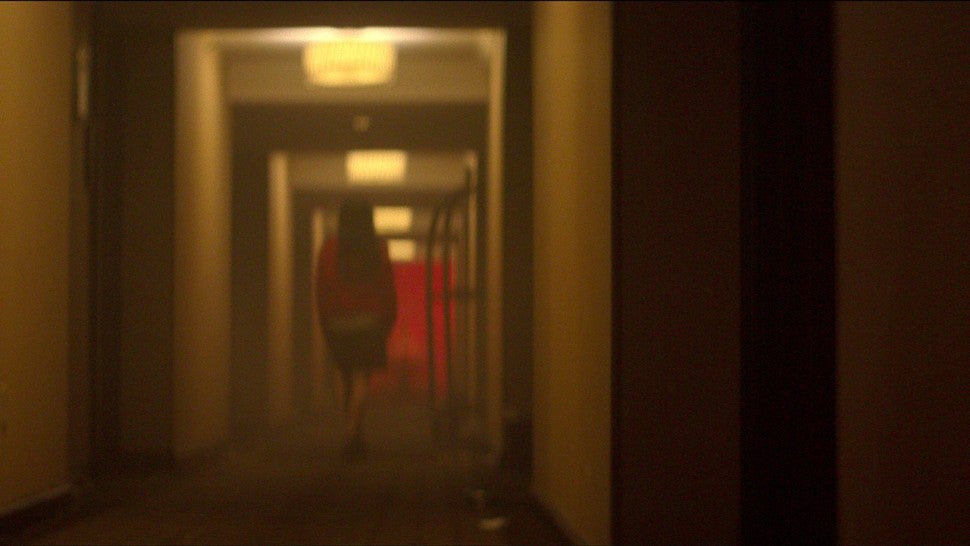 As soon as it was discovered the singer had stayed at the hotel, many quickly came to the conclusion that he was responsible for Lam’s demise. Not long after he became the target of various accusations and threats from web sleuths and anonymous users following the case before being picked up by various news outlets. “I just stayed there for three days,” Vergara says. But “those three days was enough to completely change my life, which is a strange thing, you know?”

However, as it later turned out, Vergara briefly stayed at the hotel in 2012 and he wasn’t even in the country at the time of Lam’s death, clearing him of any wrongdoing. But by then, things had gone too far. “It was serious stuff,” he says. “And then, you know, you start losing, you start losing everything that you have and you can’t really defend yourself.”

While Lam’s death was ultimately ruled to be an accident, there are still so many questions about what happened to her. Even Vergara is unsure what went on. “I really don’t have a conclusion of my own, like, what I think happened,” he says, adding that “there’s always gonna be that mystery that like there’s something wrong and especially when it comes from that place… It happened in the Cecil and that in itself just paves the way to maybe think that maybe there’s something.”

But given what happened to him and how long it has taken to move past it, Vergara concludes that “no one should go through that. It’s, like, lucky for me [that] I survived it and it wasn’t easy. I’m still scarred as you can imagine.”

Crime Scene: The Vanishing at the Cecil Hotel is now streaming on Netflix. More of Vergara’s exclusive interview will air Tuesday, Feb. 16 on ET.