Home » Outlander season 6: Brianna Fraser star teases chaos on set ‘We did a lot of takes’

Outlander: Claire and Bree take down buffalo in season five

The excruciatingly long hiatus, better known as ‘Droughtlander’, will soon be coming to an end as the hit Starz drama has finally begun work on its highly anticipated sixth season. As fans wait patiently for the return of Outlander, Brianna Fraser star Sophie Skelton has opened up about some of the highs and lows from behind the scenes.

Sophie Skelton has revealed a hilarious highlight from her time as Brianna Fraser from behind the scenes of Starz’ popular fantasy series, Outlander.

During the fifth season, Brianna finally settled on Fraser’s Ridge after finally getting married to Roger Mackenzie (played by Richard Rankin).

Following their joyful wedding ceremony, the newly weds struggle to adjust to their new life in 18th Century America.

In a revealing video of cast interviews from the set of the fifth season, Skelton admitted one of the highlights of the latest instalment also came with its fair share of challenges. 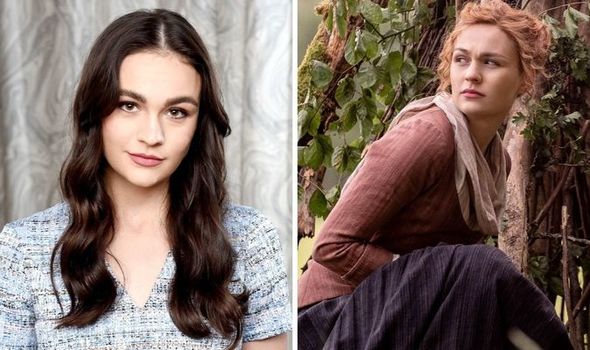 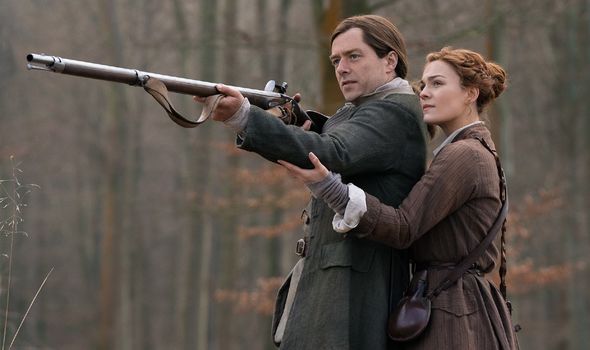 Brianna’s temperamental horse will presumably make a return in Outlander’s sixth season, with most of the action remaining on Fraser’s Ridge.

Unfortunately, Chocolatier was determined to make things difficult, as Skelton divulged when recalling one of season five’s hardest shooting days. 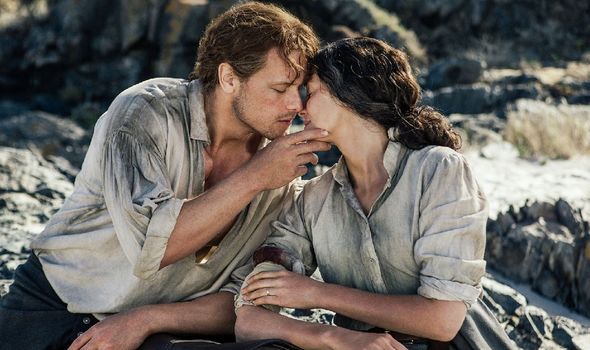 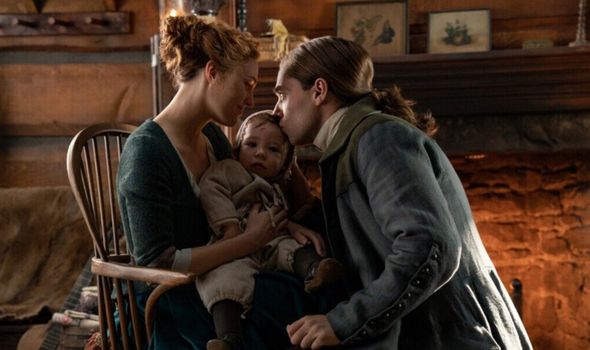 The star went on: “Probably one of my most memorable scenes this season was trying to canter that horse downhill.”

Finally, the exasperated actress joked: “He wasn’t having any of it. We did a lot of takes.”

Thankfully, the mischievous horse was able to behave long enough to get the scene finished, and viewers were none the wiser to Chocolatier’s antics behind the scenes.

Skelton’s co-star Richard Rankin also chimed in to detail some of the best moments from the fifth season.

Last year’s thrilling instalment of the historical drama was known for kicking off the season with Brianna and Roger’s lively Scottish wedding.

Thankfully, Outlander fans were given a brief moment to celebrate the show’s return before the rest of the new outing delved into considerably darker territory.

Before that, season five allotted just enough time for a well-earned evening of festivities, traditionally known as a ‘ceilidh’.

Rankin recalled: “One of the best days actually was filming the wedding.”

“We filmed so much, but I think we genuinely had a great time filming it.

“The ceilidh was just a riot, it was a lot of fun. A lot of times we couldn’t keep a straight face, it felt like we were at a wedding, which was great.”

While the upcoming season may not have much cause for celebration as the American Revolution heats up, hopefully the main cast will still manage to have fun on set.

Outlander seasons 1-5 are available to stream on Amazon Prime Video.