Outlander viewers were left in shock at the end of this week’s episode on Starz, as Jamie Fraser (played by Sam Heughan) found himself forced to kill off his commander to save his life and the lives of his family. Jamie may need to be looking closer to home to protect his daughter, Brianna Fraser (Sophie Skelton), as she has been experiencing some trauma from her rape last season.

Brianna recently found out her rapist, Stephen Bonnet (Edward Spielers), was alive and well and was around looking for his son – Jemmy.

But when Brianna found out about a man who came to see Jemmy whilst under the care of one of the local women, she was devastated.

Panicked by this event, Brianna later couldn’t cope when she thought Jemmy had been kidnapped.

Thankfully, he had simply wandered off, allowing Marsali Fraser (Lauren Lyle) to calm her down, and reunite her with her child. 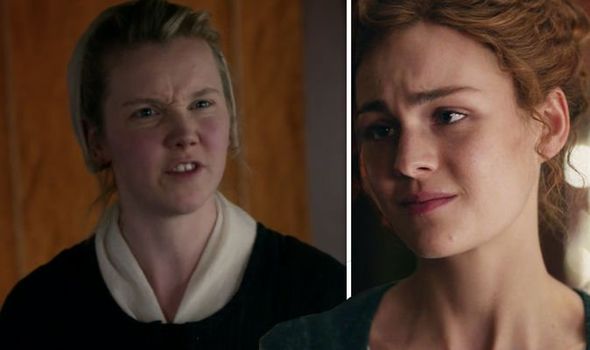 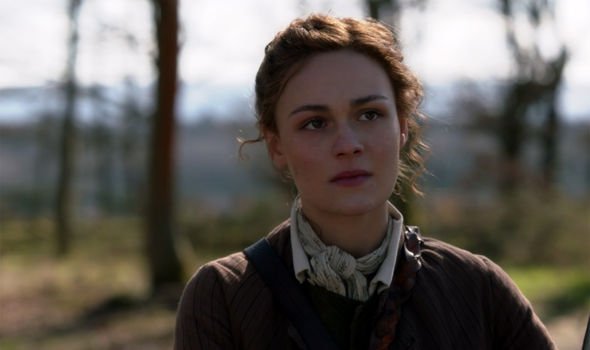 This has since sparked a bit of a friendship between Brianna and Marsali – but the stars of the show have recently explained this was not always going to be the case.

In fact, the pair were originally going to be a little more aggressive towards each other during their time together in Fraser’s Ridge.

Speaking to Variety, Brianna star Sophie Skelton revealed: “I think originally the writers wanted there to be more animosity between them and we really fought against it.

“It’s like, c’mon, it’s a female-led show, let’s show that women can support each other and get along.” 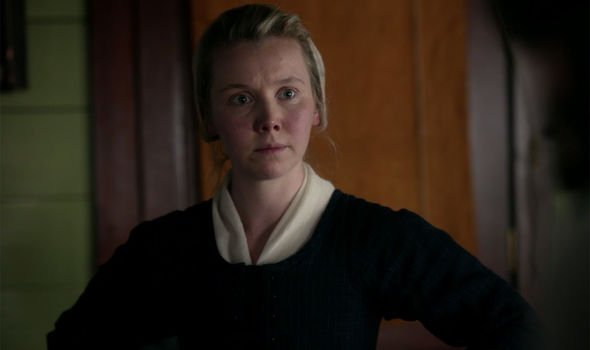 Speaking about the strong relationship between the pair, Sophie continued: “So we really fought for them to be bonding as sisters.

“I love the scene where Marsali calms Bree’s fears about [her rapist Stephen Bonnet].

“It’s a lovely moment, a nice quiet moment, getting two women from completely different time periods coming together in this really simple conversation. I like that relationship.”

Sophie also spoke in-depth about exploring “different dynamics with the characters” – as, when she originally appeared in the show, Brianna was entirely separate from the rest of the cast.

DON’T MISS…
Big Bang Theory: When will Young Sheldon learn to grow up? [INFO]
Game of Thrones family tree: How are the Starks and Targaryens related [THEORY]
The Walking Dead theories: Kelly and Alden promo clue gives away death [TRAILER]

On this, Sophie added: “It always felt like we were in a different show.”

Meanwhile, viewers who have been rewatching episodes of previous seasons have noted how Claire Fraser (Caitriona Balfe) has not narrated an episode for some time.

Fans on the Outlander Reddit have begun speaking about this, with one fan, storyofbee, asking: “So I’m rewatching and in season two and often Jamie or Claire do some narration to guide the story along. When did this quit happening and why? I like it!”

Fans instantly began replying, with one saying: “I feel like it maybe because her narration was a way to figure out her thoughts and guide the audience through her transition from her current time to the past.

“But regardless I really liked it, wish it happened more often.”

Another added: “It happens less and less. The first book/season, everything was entirely from Claire’s point of view and a LOT of it was internal monologue as she tried to figure things out.

“So they NEEDED a lot of voiceover narration. The more the story evolves and moves around, the less it’s needed, but they still use it SOMEtimes.”

Outlander continues Sunday on STARZ and will be available to stream on Amazon Prime on Monday.