Outlander viewers have witnessed Jamie Fraser (played by Sam Heughan) and Claire Fraser (Caitriona Balfe) witness a number of events over the years. While many of these could be glossed over as acts of war or crime, one sticks out in many viewers’ minds. The event in question included a young slave boy being hung by a hook.

This horrific event took place in season four’s second episode, and saw Jamie and Claire arrive shortly after the action had taken place.

The story goes that the boy had cut off the ear of the dastardly Overseer Byrnes (Cameron Jack), and he looked for revenge.

Byrnes’ revenge took place in the form of a hook being driven into the boy’s intestines, and hung from a tree for Claire and Jamie to find.

Although it was a horrific event that viewers may want to forget, Overseer Byrnes star Cameron recently spoke out about how the attack looked from the other side of the camera. 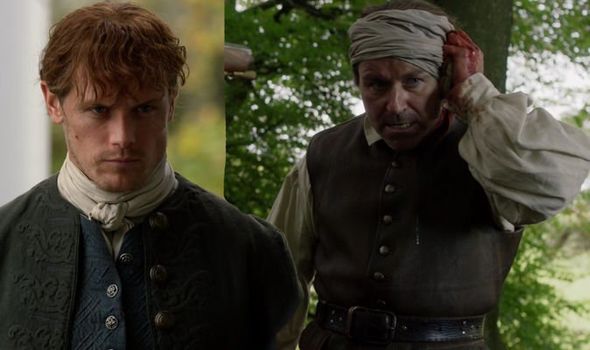 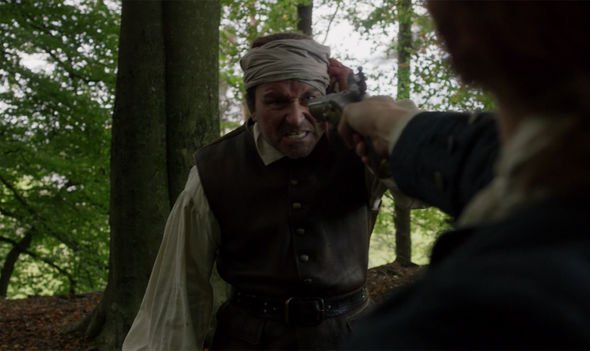 Speaking to Absolute Music Chat, the actor explained: “By the time I get on set everything is done, so you don’t get to see the magic of it.

“But with most hanging scenes – I’ve been involved in a couple – the actor’s generally on a harness because the main thing is safety first.”

Cameron then went on to praise the quality of the show’s sets and makeup, adding that it looked real on set, and that it looks even more real for viewers.

He continued: “Of course with the quality of makeup on Outlander, the production design, the stunt guys, everything just looks so realistic. 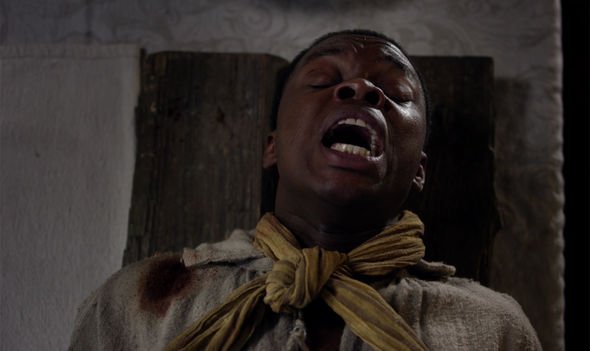 “You know when you go on set you’re part of the story but you’re looking at the dude hanging there with his intestines coming out and you’re shocked by it.

“And you know that the audience are going to be ten times more shocked because they don’t have the benefit of being there on the day, they’re watching it and believing it.

“Your job is to just to stand there, say your lines and react off of everybody else.”

Unfortunately for Overseer Byrnes, after his transgressions in that one episode he was not seen again.

And another character may not be seen for too much longer, as Murtagh actor Duncan Lacroix recently posted an image of himself and on-screen godson.

Stood next to Sam, he captioned the image: “That’s it folks.

“A final wrap on Season five of Outlander @outlander_starz Here with my erstwhile Godson @samheughan.

“Can’t wait for you all to see Season five which kicks off on Starz February 16th 2020!!! Much Murtagh love to you all x.”

Fans of the show instantly began praising the pair for their work – but could he have been saying goodbye to the show forever?

The Outlander books killed off Murtagh back in book two, so fans of the show should not get too comfortable with his presence.

Could season five finally see the end of Murtagh’s reign?

Outlander season 5 will air on Amazon Prime Video on February 16, 2020.