In a video posted to the Outlander Twitter account, Lord John Grey star David Berry took fans on a journey through the Outlander prop store, spoiling viewers with shots of all the details from the upcoming season five.

The star quickly got stuck in to handling all the different props including various bits of equipment, which looked as though it could be old fashioned doctor’s tools.

Walking down a dimly lit aisle of props, the star said: “Here’s the thing that I’ve been told in acting school. Props are made to destroy you.”

This could be a clue that viewers will be in for an actioned packed outing filled with violence, as the actor quickly moved on to play with a fake skull.

The skull is quickly followed by the star swinging a large axe, exclaiming: “Look at me, I’m Jamie Fraser.”

David is then seen wandering over to a small wooden box and pulling out the head of the Duke of Sandringham (played by Simon Callow).

Pulling the severed head from the box the star joked: “It’s always a surprise when we open a box. Alright, what have we got here?

“Mr. Simon Callow, looks like he didn’t get very far from the Outlander set at all”

The star decided to leave the tour there so not to risk revealing too much.

David teased: “I’m kinda scared to look any further, let’s leave it there.” 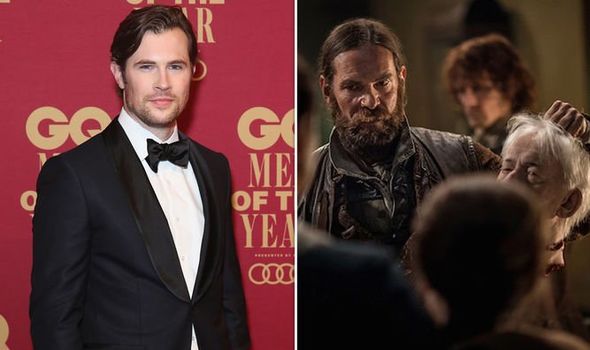 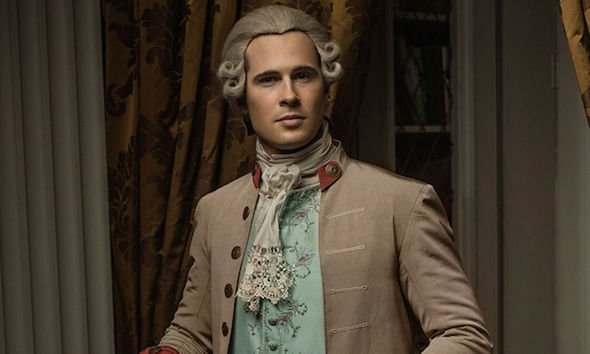 The axe prop comes as no surprise to fans after the second season saw the Duke of Sandringham take an axe to the head in the Vengeance is Mine episode.

The gory episode saw Jamie (Sam Heughan) and Murtagh Fraser (Duncan Lacroix) confront the Duke after learning he was behind the attack on Mary (Rosie Day) and Claire (Caitriona Balfe).

The episode saw Murtagh decapitate the Duke before Jamie had the chance to launch his own attack.

Could Jamie be tied up in yet another gruesome axe fight?

Viewers were quick to comment on the prop display with one user commenting: “Creepy!!!!!” 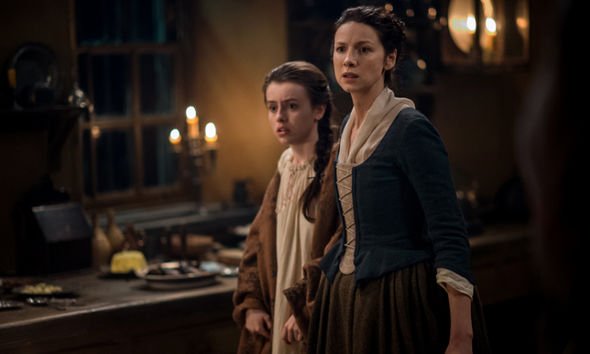 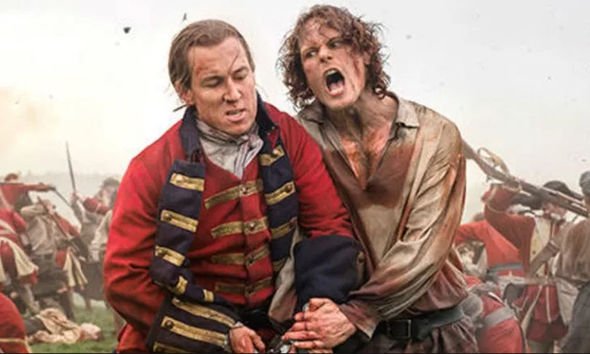 With another adding: “I could watch more of this. Just saying.”

“The dimension and the emotion let me see #LordJohn in a deeper way than I did reading the #Outlander series.”

The show is currently in the filming and production stages ahead of the show’s return.