Although the first episode of the season kicked off the story with some incredibly touching moments, things are about to take a turn.

The final scenes of episode one saw Jamie speaking privately with Murtagh Fitzgibbons (Duncan Lacroix) about running away from the British.

And it looks like the upcoming episodes will see Jamie hunting down his godfather against his will.

Now, Caitriona and Sam have spoken out about what is to come, and even teased that bad things are coming for the Fraser clan. 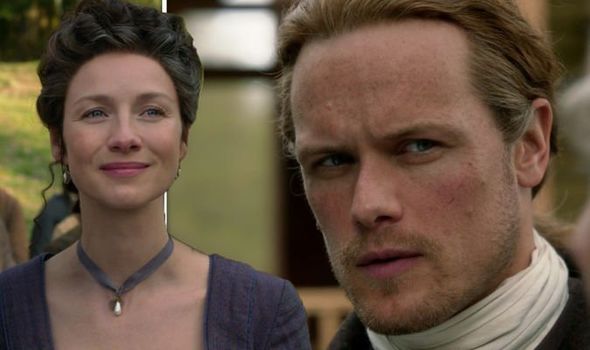 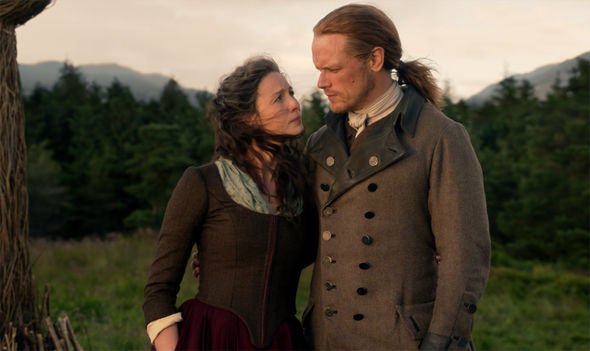 Speaking on Good Morning America just before the first episode aired, the pair were asked about how their characters were doing, and added: “But, Jamie and Claire are never settled.”

Keeping her cards close to her chest, Claire began: “Well, you know… well in the beginning, I think we have a really lovely opening episode – there may be a bit of a wedding.”

As the crowd surrounding the stars began to scream at the notion of an upcoming wedding, Caitriona smirked before dropping the harrowing news.

She continued: “I think things are very cozy and comfortable and all is well – and then in true Outlander form it doesn’t last for very long at all!” 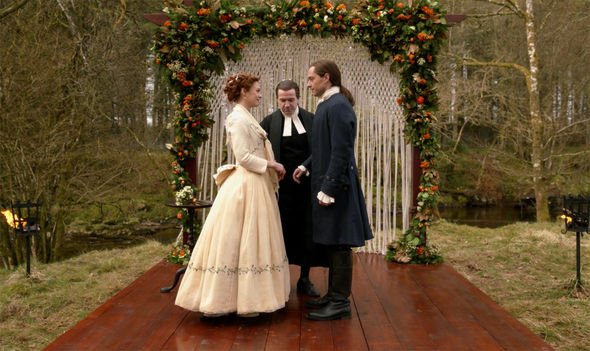 As hushed tones began to circulate the studio, Sam chimed in to echo this sentiment, saying: “It doesn’t last for long, no.”

Fans know Jamie is going to be at odds with himself over the next season as he is tasked with tracking down Murtagh – but could things turn serious for Claire in episodes to come?

Claire has been involved in a few traumatic events in the past few seasons, but could she be due for another mind-blowing twist?

As viewers sit and postulate over what could occur to both Claire and Jamie, the rest of the cast have been discussing the arrival of some child actors on set.

Recently the Outlander stars were discussing Jemmy, and the various young actors portraying him.

During a chat about who loved working with the babies the most, Caitriona joked: “Sam definitely doesn’t love them the most.”

Brianna actor Sophie also had a quirky anecdote to divulge regarding Roger actor Richard getting in trouble.

She explained: “I have a video of one of the twins telling Richard off for being mean to him.”

Bashful in his response, Richard confirmed: “I’ve been in trouble with most of the Jemmys.”

Hopefully the actors begin to get along, as they will surely be working together for some time.

Outlander airs on Starz on Sundays and on Mondays on Amazon Prime Video.