Young Plato comes last, alphabetically, on the list of documentaries qualified for Oscar consideration this year. But it may come in first in the hearts of many Documentary Branch voters as they cast their ballots determining the feature shortlist.

The film directed by Neasa Ní Chianáin and Declan McGrath follows the dynamic principal of the Holy Cross Boys Primary School in Northern Ireland, who has shown remarkable success teaching philosophy to boys ages 4 to 11. If that sounds impossible, you have to see Kevin McArevey in action.

“To find yourself think for yourself!” McArevey quotes Socrates in a pinned tweet on his Twitter feed. That ancient bit of wisdom is the crux of what he imparts to his pupils, gently guiding them to use their minds to work out difficult questions instead of passively adopting another person’s conclusions. 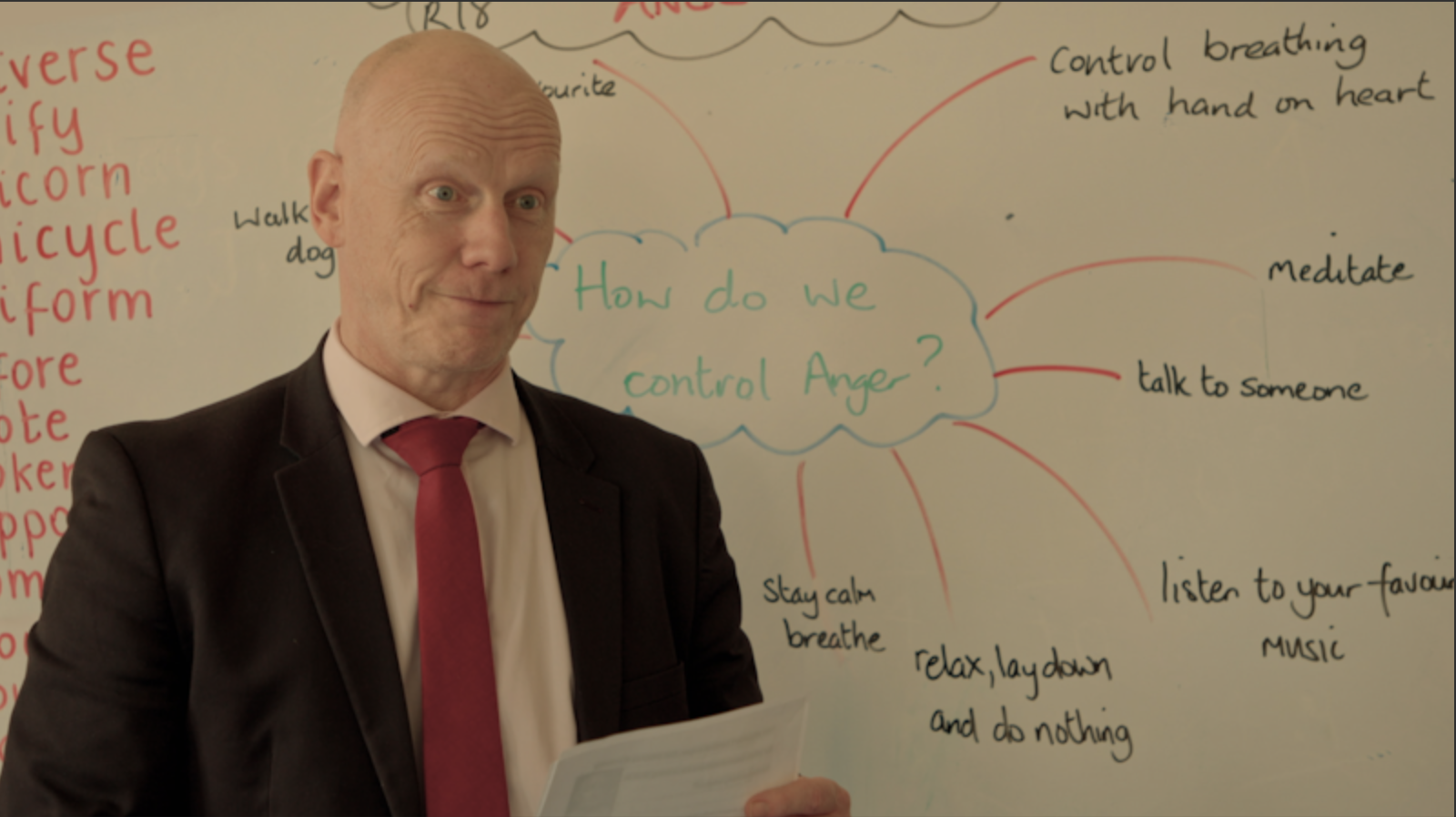 The headmaster gathers students into what he calls a Socratic Circle, then offers them a conundrum to ponder, for instance, “Should you ever take your anger out on someone else?”

“Once he puts the question out there, he steps out of the circle,” Chianáin tells Deadline, “and he allows the children to talk it out among themselves, which is much more powerful, because obviously the children learn from each other. He always makes it very clear to the children there is no wrong answer. And I think that gives them a greater sense of freedom. They’re not afraid of getting it wrong.” 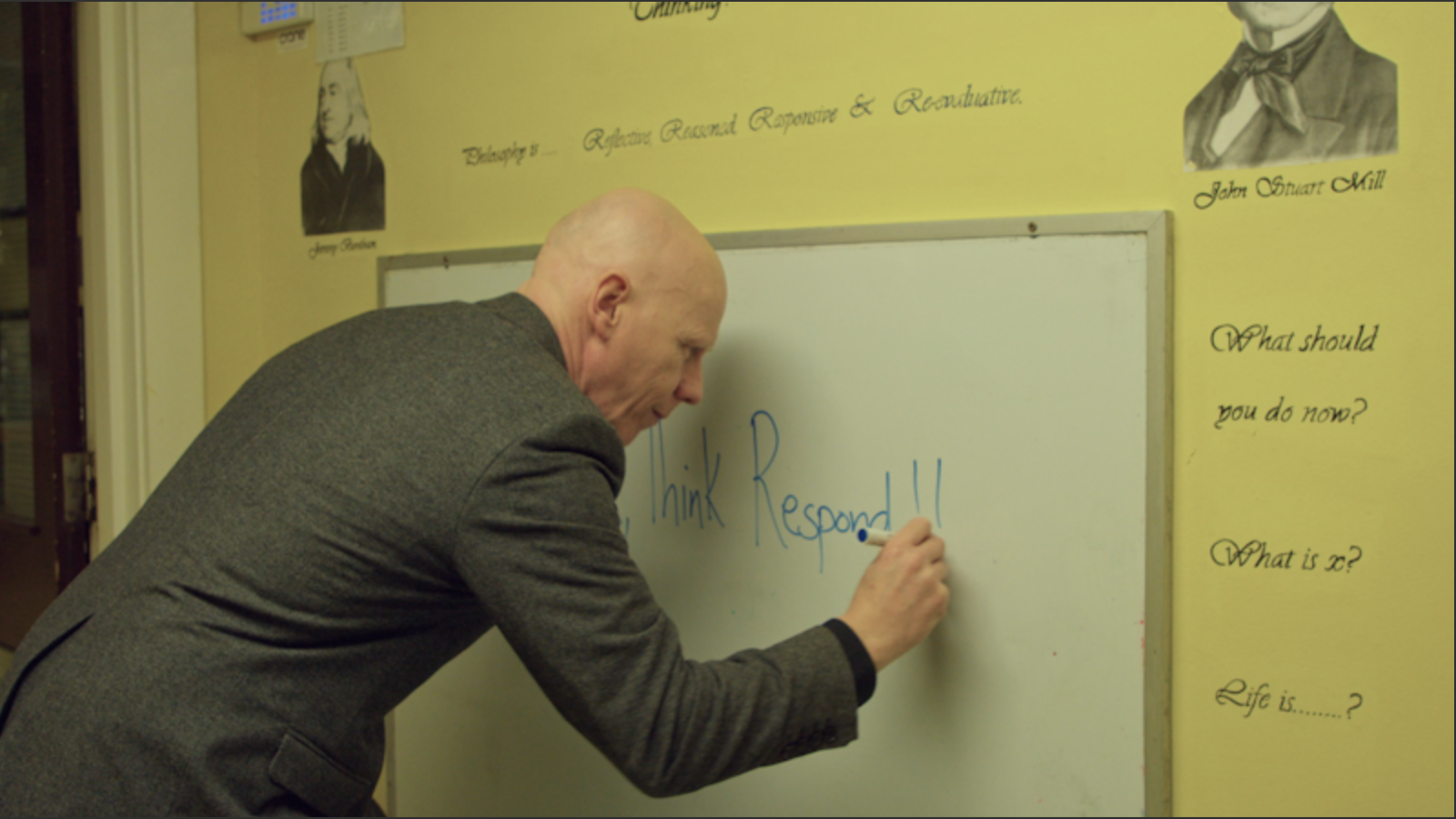 There’s another thing McArevey and his colleagues do that distinguishes their approach.

“What I witnessed from Kevin and the staff is that they listened to the children. They really listened,” Chianáin notes. “They gave them that space, and they heard them, which is something that is not really that common, because people are busy and they don’t have time to hear it all out. They just want to correct it and move on. Whereas here, they took the time and the children were heard and they got used to being heard. And that was a really powerful thing.”

What’s particularly important about McArevey is where he teaches. His school is located in Ardoyne, a working class and largely Catholic area of North Belfast, a section of the city that became a locus of conflict during The Troubles—the sectarian strife that produced so much violence and death in Northern Ireland. The Good Friday Agreement of 1998 defused the violence but more recent developments have ramped up tensions again; as the New York Times wrote last July, “Brexit has disrupted Northern Ireland’s fragile political and economic equilibrium.” 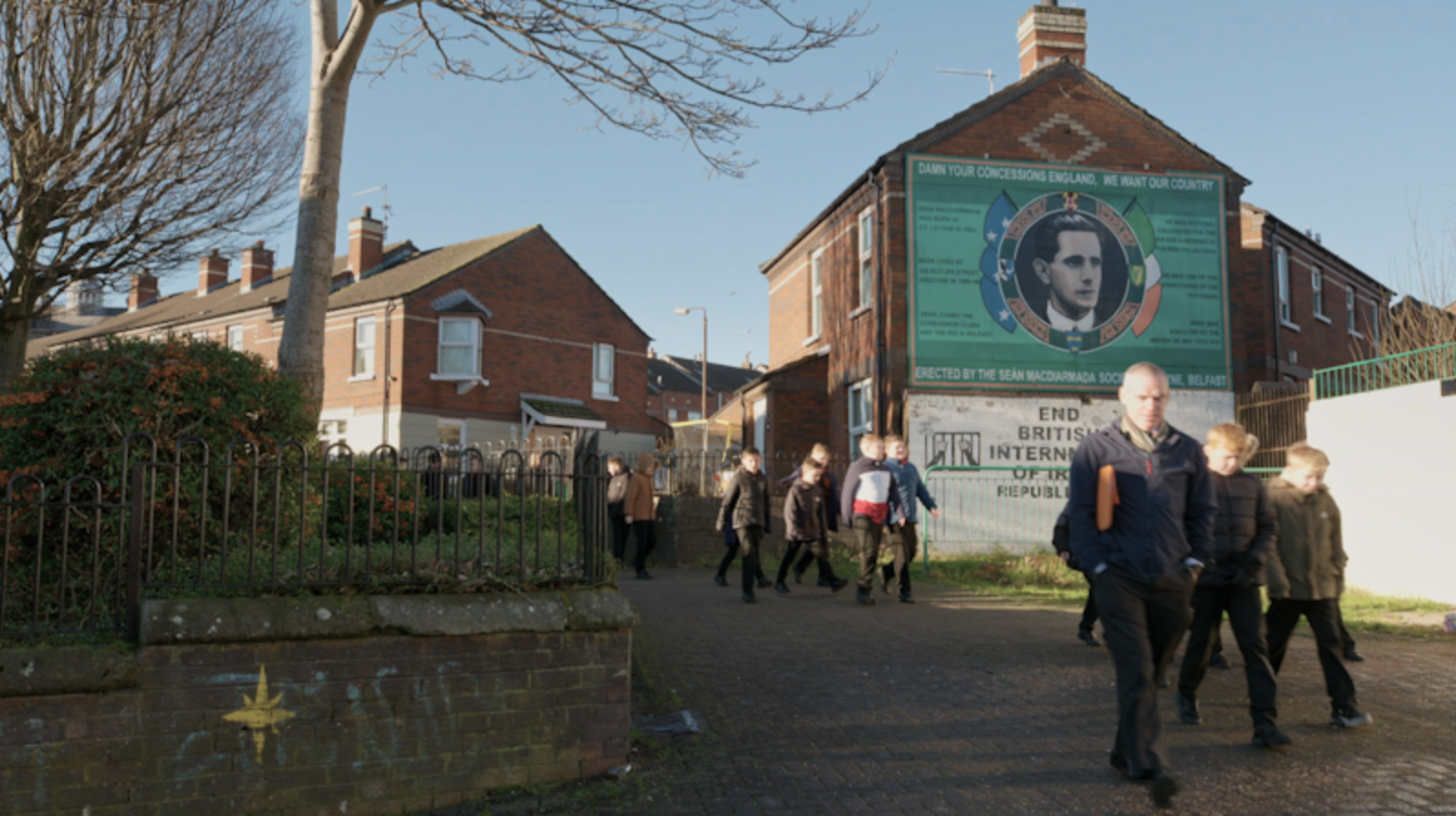 “There was always talk of those Peace Walls being taken down, but they haven’t. Nobody believed that they would still be there to this day and they are still there,” Chianáin says. “You can walk from one place to another–there’s nothing stopping you walking from one street to another. But it’s the mindset of two tribes.”

It’s that mindset that McArevey seeks to change through the Socratic method. The question, “Should you ever take your anger out on someone else?” is not an idle one in that context. 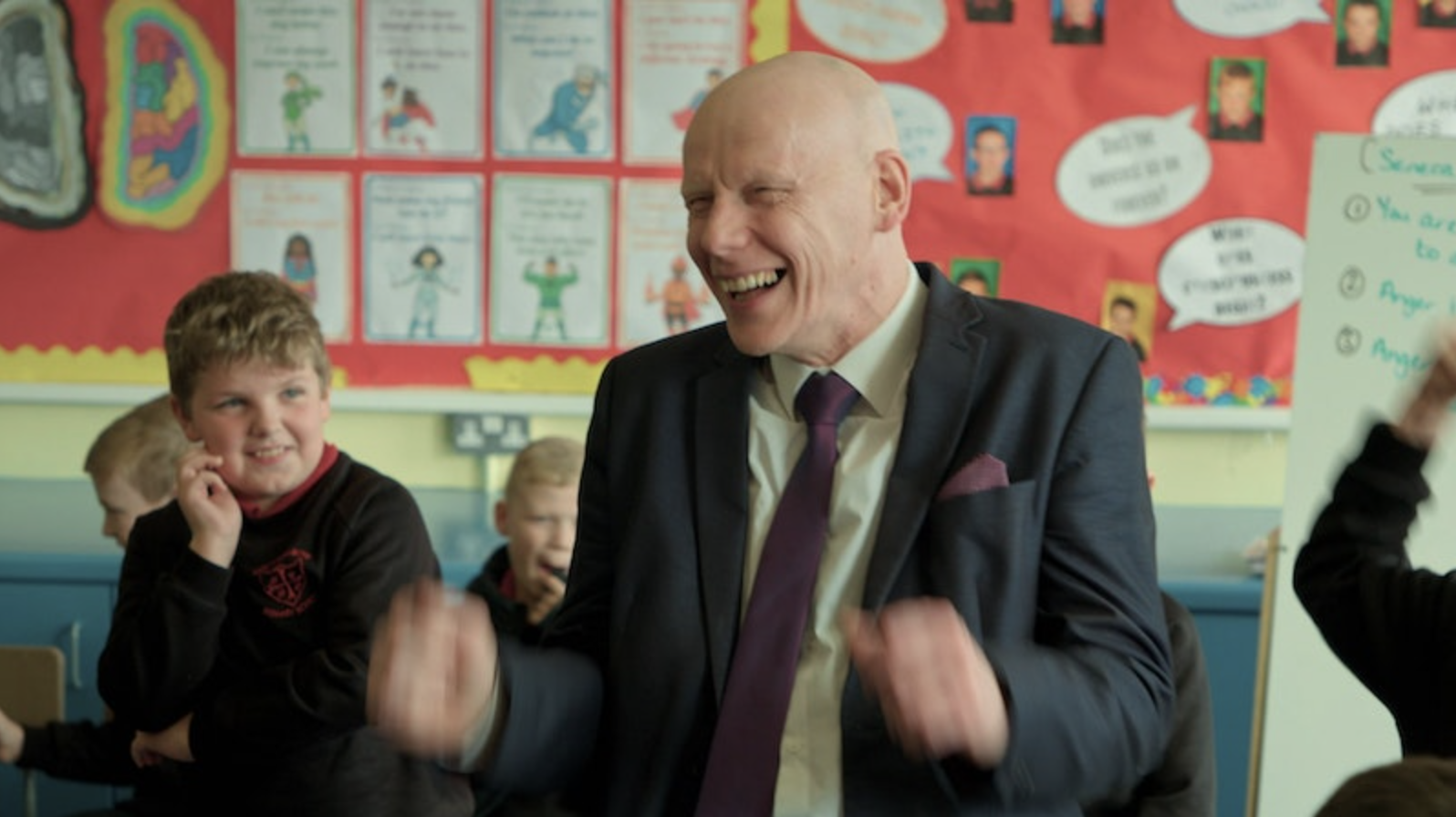 “Holy Cross Boys School does really, really well on that [exam]. I think something like 60 percent of their children go on to an academic school, which is unheard of for children from that kind of socio-economic group,” Chianáin says. “But Kevin’s worry was always about the children who don’t make it, who don’t get out of poverty through academia–what happens to them? And they are the very children who are targeted by the dissidents and by the drug dealers from a very early age. He knew that teaching these children to question and how to think for themselves and how to understand the consequences of their choices, that it could be a matter of life and death for many of them. So, for him, giving them these skills was just crucial.” 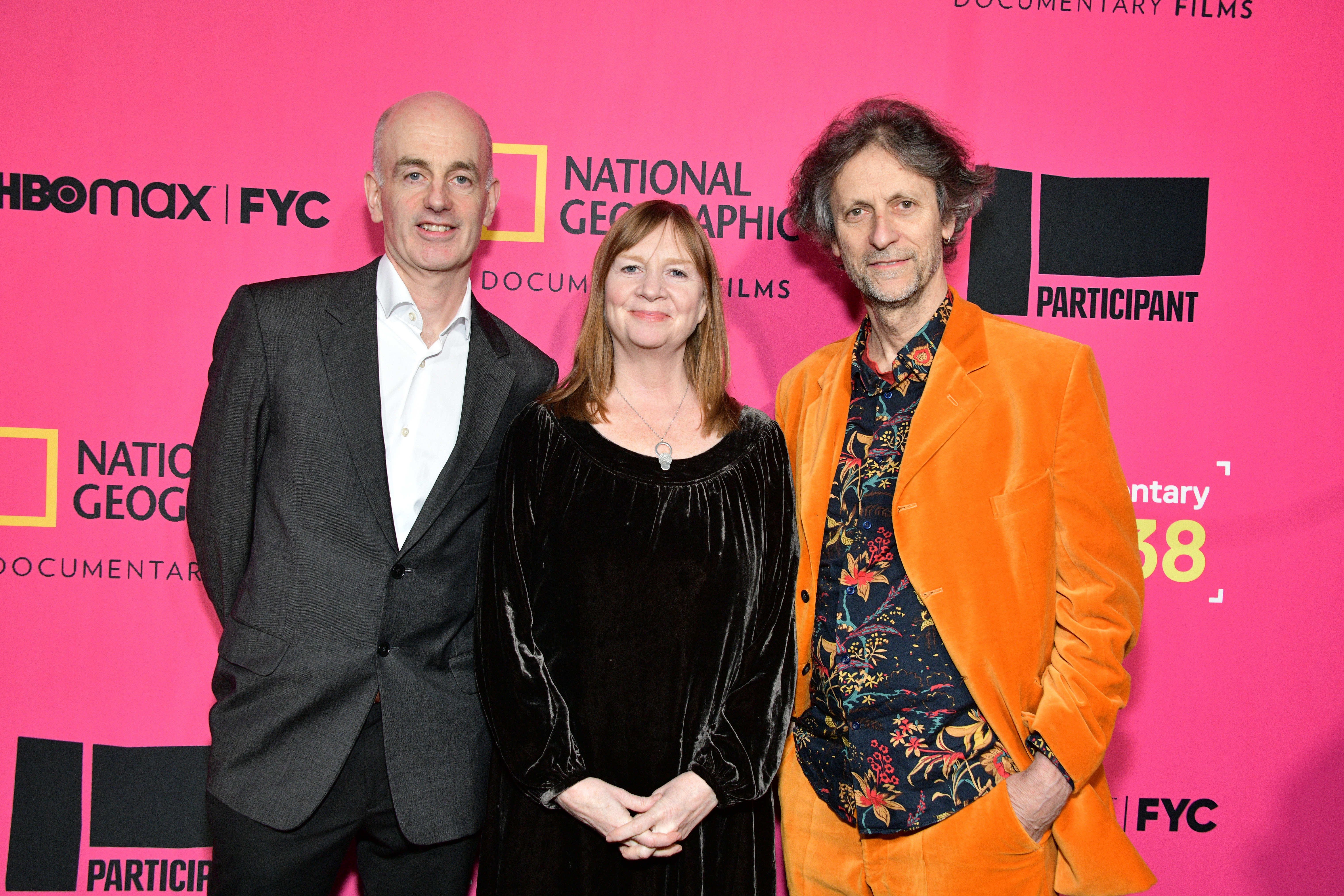 “It’s a real privilege and we’re delighted that it’s got this far,” Chianáin says of Young Plato qualifying for Academy Award consideration. “We’re a small film, we don’t have a big distributor behind us… But all of us who worked on it believe so strongly in the message of the film. Critical thinking, it’s so important that this is a skill that’s passed on to the next generation because the world they’re going to have to navigate–they’re going to have everything thrown at them, fake news, polarization, climate change, all that sort of stuff.”

She adds, “I hope [Young Plato] gets noticed and that people notice the message because I think there’s something powerful there that could make a difference… I think what Kevin is doing, it does give us hope for the future.”