Orange Is the New Black season seven will be the last ever series of the female-led prison comedy-drama. OITNB first aired 2013 and is based on Piper Kerman’s memoir, Orange is the New Black: My Year in a Women’s Prison. The show rose to critical acclaim receiving six Golden Globe Award nominations and four Emmy nominations, among many others. After season six premiered last summer, creator Jenji Kohan confirmed that season seven would be the last.

When is Orange Is the New Black season 7 released on Netflix?

Orange is the New Black season seven has finally been given a release date after a year of fans waiting.

The final season will premiere on Netflix on Friday, July 26.

Orange Is the New Black will be able for UK viewers to watch from 8am that morning.

All 13 episodes will drop at once, so fans will be able to watch the last ever series in one go.

Each episode will be an hour in length, just like the previous six seasons.

To watch Orange is the New Black on Netflix you can sign up to a 30-day free trial.

After the trial is up, you will have the option to subscribe to Netflix from £5.99 per month.

Netflix has a download option which means you will be able to watch episodes of Orange Is the New Black on the go via the Netflix app.

Seasons one to six of Orange is the New Black are streaming on Netflix now. 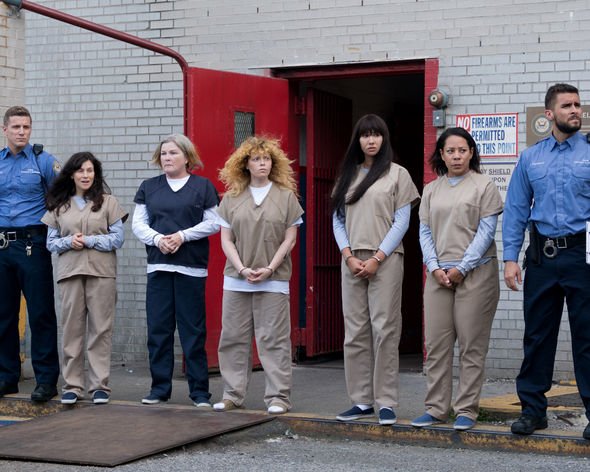 Who stars in Orange Is the New Black season 7?

The teaser photos and a short video for the upcoming series released by Netflix have given lots of clues of what to expect.

Judging by the teaser photos, the entire main cast will be back for the final series of Orange is The New Black.

Taylor Schilling will be back as Piper, Uzo Aduba as Suzanne, Laura Prepon as Alex, Danielle Brooks as Taystee, Dascha Polanco as Daya, Taryn Manning as Pennsatucky, Adrienne C. Moore as Cindy, Jackie Cruz as Flaka, Natasha Lyonne as Nicky, and Kate Mulgrew as Red.

Last season, some familiar faces were missing or not given much screen time.

This was because the last series focused on life in the new supermax prison which some of the Litchfield inmates were sent to.

However, eagle-eyed fans spotted in the video that when Natasha Lyonne walks past a wardrobe, costumes for Elizabeth Rodriguez who plays Aledia, Lea DeLaria who plays Boo and Constance Schulman who stars as Yoga Jones were hanging.

Vicci Martinez will reprise her role as Daddy and Amanda Fuller as Madison, also known as Badison.

Two people who will not be returning from last season are guest stars Mackenzie Phillips and Henney Russell who played Barb and Carol Denning respectively.

The two sisters murdered each other near a supply closet, where they both arranged to meet to plan to kill Frieda (Dale Soules) in an act of revenge.

There has still been no word on whether Laverne Cox who plays Sophia will return after her character was released at the end of season six. 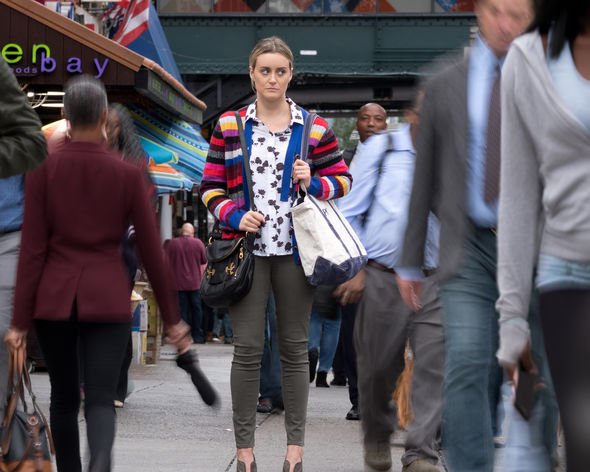 What will happen in Orange Is the New Black season 7?

Orange Is the New Black season seven will follow Piper as she tries to adjust to life the outside.

She was released in the season six finale, while her wife Alex (Laura Prepon) was still locked up behind bars.

The final series will also shed light on the institutional racism and corruption in the prisons system, something which the show has been highly praised for since its inception.

At the end of season six, immigration was also a major theme, with ICE (Immigration Crime Management) purchasing and running the prison.

Blanca Flores (Laura Gomez) was told she was being given early release but instead of being led out to her boyfriend on the outside, she was taken to an immigration detention centre.

The final series will hopefully tie up all of the loose ends surrounding the characters and be a happy ending for them all.

Her friendship was best friend Cindy (Adrienne C. Moore) was also on the rocks after Cindy lied to protect herself.

In the short teaser clip which you can watch above, Danielle Guerrero who plays Maritza Ramos is spotted.

Last season, Martiza was sent to a separate prison from her best friend Flaka (Jackie Cruz).

Does this mean the inmates from Litchfield will be reunited in the new series? 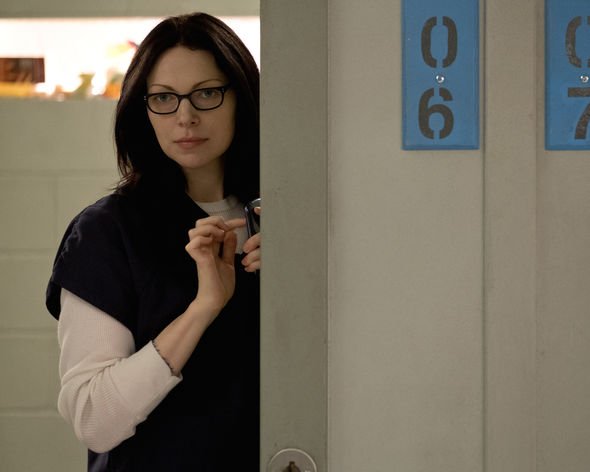 Is there a trailer for Orange Is the New Black season 7?

There is not an official trailer for the new series of Orange Is the New Black yet.

However, there are two videos taken by the cast that Netflix has released.

Each cast member sang a line from You’ve Got Time by Regina Spector as they walked around the set of Orange Is the New Black.

Another clip released at the end of last year saw the cast tease an ‘unforgettable’ final season.

Clips then appear of the main cast members each saying how much they are going to miss Orange is the New Black.

You can watch the bittersweet clips above now.

Orange Is the New Black season 7 is coming to Netflix on Friday, July 26