The ending of Orange Is the New Black was always going to be an emotional affair and the season seven finale did not disappoint. OITNB’s final ever episode on Netflix was full of tears, laughs, fights and some very old faces returning. Without further ado, read on for a full recap of what happened at the end of Orange Is the New Black and, of course, spoilers are aplenty.

How did Orange Is the New Black season 7 end?

OITNB legend Tiffany Doggett (played by Taryn Manning) has been a fan favourite of the show ever since her introduction in the first-ever series.

But the season seven finale opened with the heartbreaking scene of her being led out of the prison in a body bag.

Season seven’s penultimate episode left Doggett’s future in doubt after she collapsed following an overdose only to be found by Taystee (Danielle Brooks).

There was no happy ending for Doggett, however, as her death was confirmed in the opening scene of the final OITNB episode.

WHO PLAYS SHANI IN ORANGE IS THE NEW BLACK? 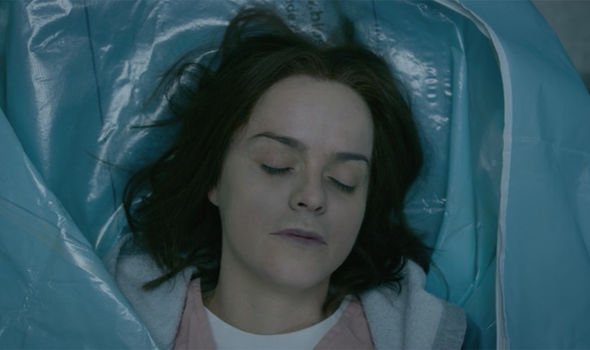 Alex and Piper split as McCullough gets her way

Alex (Laura Prepon) and CO McCullough’s (Emily Tarver) romance was always destined to fail but it’s unlikely the former Litchfield inmate could have foreseen this happening.

Heartbroken by Alex’s rebuttal of her advances, McCullough took the drastic step to have her transferred.

Piper (Taylor Schilling) and Alex had their differences throughout the season but their emotional split through the glass of the visitation room showed just how much they truly meant to one another.

Warden Tamika Ward (Susan Heyward) had a rather eventful introduction to her new job and, despite numerous good-willed attempts at reform, she was fired in the very last episode.

Tamika’s time as warden came to halt thanks to sadistic guard CO Hellman (Greg Vrotsos) who decided to find an unorthodox way to stash his drugs.

Stuffing them inside the chickens brought in by Tamika for her academic courses, Hellman then let them loose in plain sight of senior VP Linda Ferguson (Beth Dover) only for one to ‘lay’ a tub of concealed drugs – Warden Ward was told she was “so f****** fired” as a result.

WHO IS IN THE CAST OF ORANGE IS THE NEW BLACK SEASON 7? 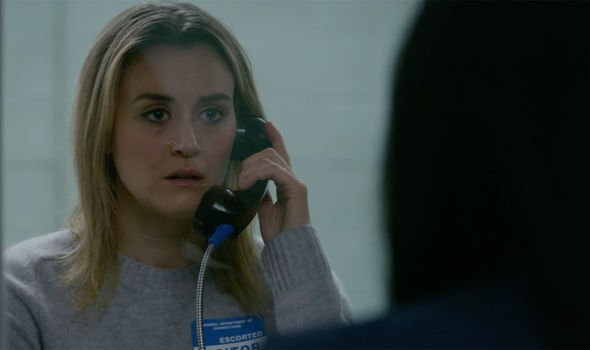 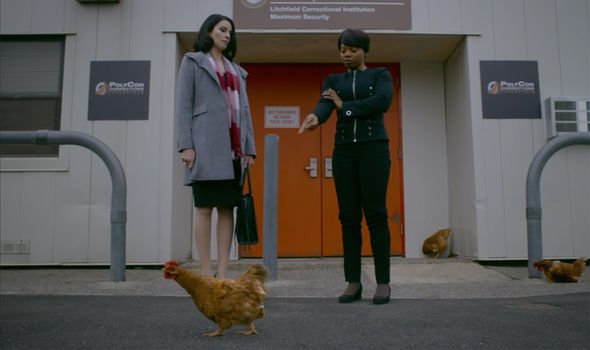 Red and Lorna head to ‘Florida’

Following her declining health after her early-onset dementia diagnosis, Red (Kate Mulgrew) was forced to leave her cell and head to ‘Florida’.

The same went for Lorna (Yael Stone) who refused to believe her child had died and continued to live a fantasy life where he was alive and well.

Here, Red reunited with Frieda Berlin (Dale Soules), initially forgetting their past – however, Red soon figured their history out and it appears the future may not be so bright for the pair.

Blanca is freed from ICE… and prison

Not only did Blanca (Laura Gómez) manages to free herself of ICE (Immigration and Customs Enforcement) by having her criminal trial reopened, but she managed to have her conviction overturned.

Blanca was made a free woman after the years of pain and suffering endured being incarcerated over the course of seven seasons.

The character wasted no time in flying to Mexico to reunite with the love of her life Diablo (Miguel Izaguirre) and the pair look like they’re going to live happily ever after.

HOW TO WATCH ORANGE IS THE NEW BLACK SEASON 7 ONLINE 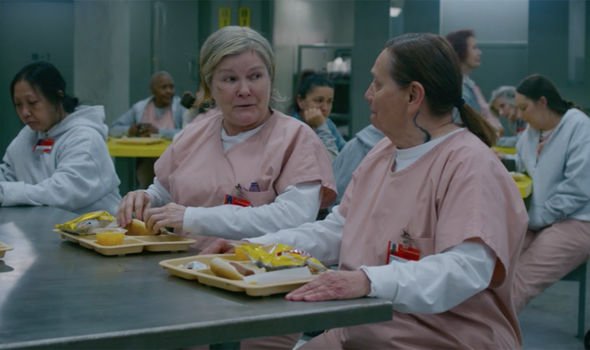 Monica (Donshea Hopkins) reunited with her mum Cindy (Adrienne C Moore) after being left heartbroken by the years of lies surrounding her true mother’s identity.

In OITNB, Cindy and her mum Lillian (Natalie Carter) had let Monica believe her grandmother was really her mother while the former served time.

In the finale, Cindy promised to do better for her daughter, opening up about her real father and promising to see each other more.

Gloria’s time in jail looked like it was heading for an extension after a phone was smuggled into the ICE kitchen.

However, after she confessed to the crime, Gloria was still allowed to leave on her original date thanks to some work by Luschek (Matt Peters).

HOW MANY EPISODES ARE IN ORANGE IS THE NEW BLACK SEASON 7? 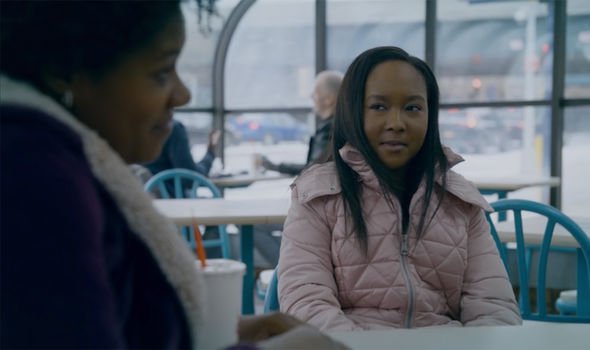 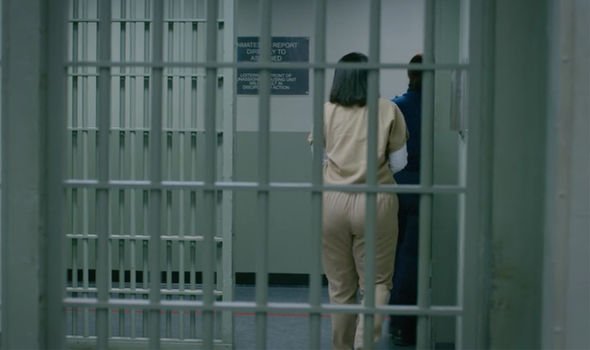 Aleida kills Daya…or does she?

Daya’s rise to top-dog of the block didn’t go unnoticed by her mum Aleida following her return to prison earlier in the season.

Aleida had a hard time seeing her daughter as a hardened, criminal junkie and when Daya admitted she had roped younger sister Eva (Alison Fernandez) into the drug business, the OITNB character snapped.

The pair stared down one another before Aleida delivered a brutal blow to Daya’s throat, forcing her to the floor.

Karla’s road to her children takes another turn

The finale of OITNB saw Karla Córdova (Karina Arroyave) try to cross the border back to the USA once again in order to reunite with her children.

After being deported to El Salvador, Karla had made to within miles of the border in the final episode but suffered a fall which rendered her unable to walk.

Karla was last seen bursting into tears as the group left her in the middle of nowhere while they proceeded to the border without her.

WILL ORANGE IS THE NEW BLACK REALLY END AFTER SEASON 7? 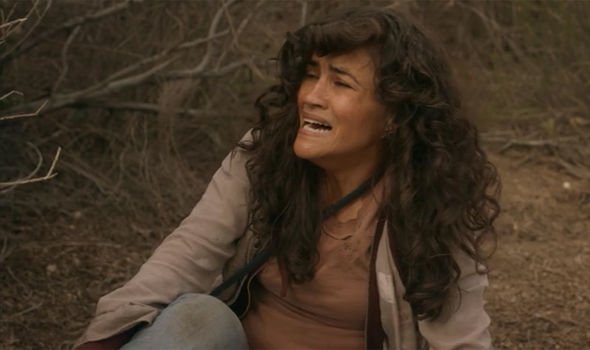 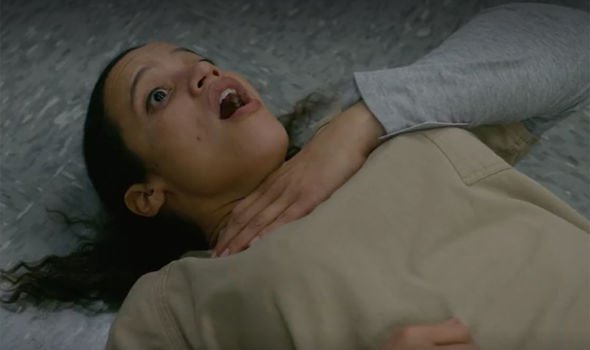 Taystee’s plans for a loan company for newly released inmates comes to fruition thanks to Judy King (Blair Brown).

The pair’s mutual love for Poussay (Samira Wiley) connected them and they hit it off instantly.

Taystee, complete with a fresh trim, is last seen teaching her fellow inmates the ins and outs of financial stability as they prepare for the outside world.

Family life is the way for Caputo and Natalie

Despite initial doubts, Natalie (Alysia Reiner) and Caputo (Nick Sandow) decided a child was what’s best for them.

The decision was in no small part down to a little girl who greets them at Find a Family New York.

The look of love etched upon both their faces suggests no more nights watching Love Island for Natalie and more time spent on the kids’ TV channels. 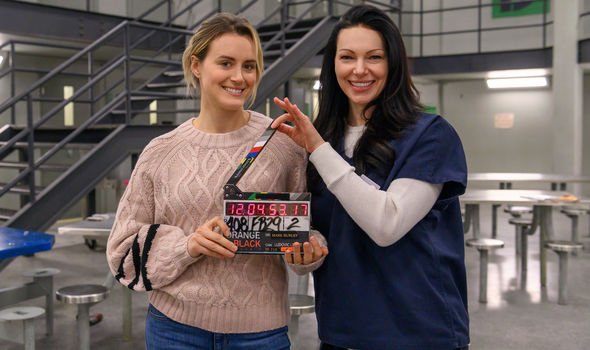 Hellman finally became the man in charge, landing the job as warden after Tamika’s dismissal.

The less said about the CO landing the top spot the better.

A number of old faces return – including Pornstache

It’s been two seasons since fans got a peek into the life of George ‘Pornstache’ Mendes (Pablo Schreiber) but he was back, albeit briefly, in the final episode.

In fact, a number of fan favourite characters from the previous seven seasons showed their faces once again in the last ever episode.

Pornstache was shown playing happily with the child he believes to be his and Daya’s.

All of these former favourites were still in prison in Ohio and appeared back on-screen reuniting with Alex following her transfer.

Despite their earlier split, the series ends with Piper choosing to stay with her true love Alex over Zelda (Alicia Witt).

In a scene that was bound to send the tears flowing among viewers, Piper realised her heart belonged with Alex and, despite being led to believe she was heading to see Zelda, Piper arrived in Ohio to greet her wife.

A heartwarming touch at the end of an inspirational, if at times controversial, series.

Orange Is the New Black season 7 is available to stream on Netflix now.