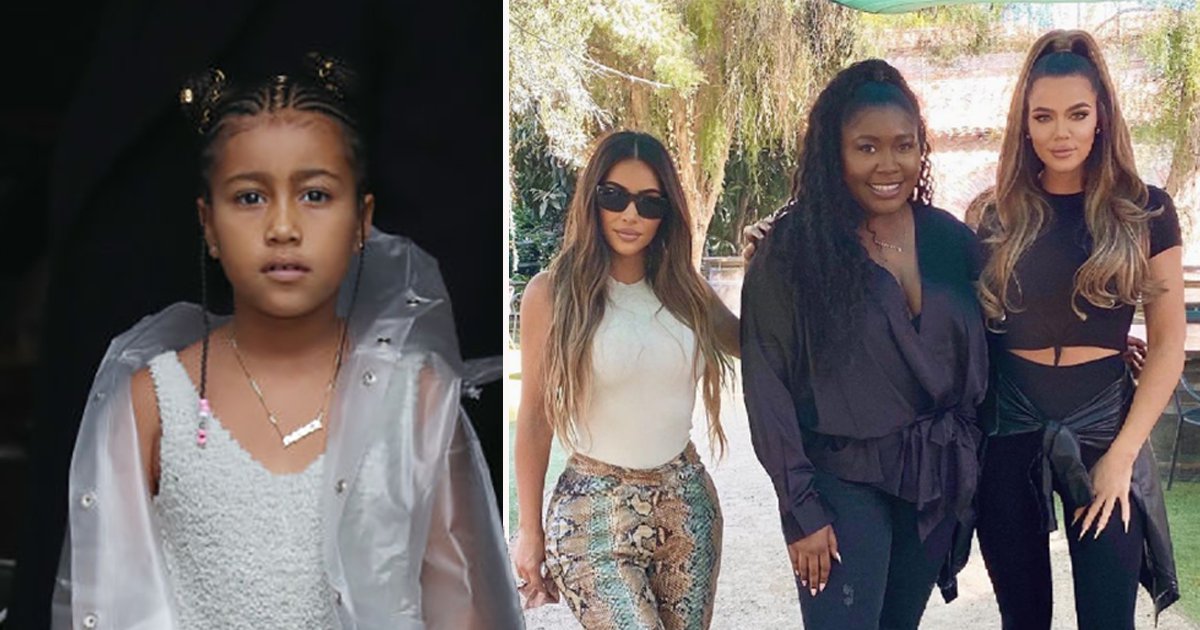 Over seven years after Natalie Franklin first created Nori’s Black Book, the popular Instagram account dedicated to Kim Kardashian’s eldest daughter, the world finally got the meet the genius behind the sassy captions.

With Keeping Up With The Kardashians coming to an end after the current 20th season, it was only right that the person who had so perfectly captured the voice of North West would play a part in the series as fans wave goodbye to the iconic show.

Speaking to Metro.co.uk about why she decided to reveal her identity on the show and what she plans to do next with the account as the Kardashians move on from KUWTK.

Natalie, 34, also opened up about how she crafted a voice for the world’s sassiest seven-year-old and why she doesn’t mind being blocked by the KUWTK stars who don’t appreciate her jokes.

Nori’s Black Book really seemed to take off after Kanye West shared one of your posts, was that the game-changer for the account?

Natalie: I’m glad you brought that up because no one seems to remember that. That was the biggest moment in the account’s history because before that it had more of a cult Kardashian fan following. Then Kanye got a hold of it and that took it to another place. I’m sad I didn’t get to talk to Kanye when Kim called him… I just barely got to talk North.

How on earth did you decide what North’s persona was going to be like way back when?

I spent a lot of time trying to figure out what the account was going to be and what her voice would be like. I really wanted it to be a mix of Kanye and Kim. At first I thought I would do a mix of North talking about her family and also sharing her take of pop culture news, a bit inspired by sites like Necole Bitchie and Perez Hilton. Then someone on Tumblr suggested it should just be North’s take of the family and that made the most sense.

For the first five years, I thought it was a coincidence that paparazzi pictures of North were matching that voice I had created. Then when we got to see more of her on Kim’s Instagram and little snippets on the show, I was like, “Oh snap, she really is this person that I’ve perceived in my head. I couldn’t have planned it any better.

I remember thinking that if she was always smiling, bubbly and being nice and soft then it would mess things up. But now, even when Kim posts North smiling and being sweet, I switch it up and pretend she’s just doing it all for the cameras.

It was awesome because North did not care about me. Apparently, she got the heads up about who I was so it wasn’t that she was caught off guard. She was just like ‘I don’t care about this person’.

I remember saying hi and it took about 20 seconds for her to say hi to me and lift her head to look at the camera. It’s cool to see the persona that I assumed she would have and that I’ve been playing into, is actually how she’s turned out.

At the same time, I do respect the fact she is a child and wouldn’t know who I am or why she should give me her attention. If I was a TikTok star then maybe she might have been into it. It was awesome to meet her and get the North treatment in full form.

Talk us through how your cameo on KUWTK came to be…

They announced the show was ending the day before my birthday. Then on my birthday, they tried to reach out to send me a PR box. I was drunk so I didn’t want to respond while drinking.

Then the next day after my birthday, Kim DMd me and she’s like “Hi Nori, it’s your mom”. I responded to her and looking back I realize it was a bit strange that she was asking me all about how my page was so accurate and asking how I came up with things, she was prying a little bit. I was just like, “I’m a huge fan of the show, I just know everything that you show”.

Then they sent over the PR box that next month. When they followed up to check if I got it, that’s when they asked if I would be interested in meeting the girls for an episode of the final season.

They offered to blur my face but I just felt it would be the perfect time to reveal myself because I never really knew when I was going to do it. I always wanted it to be something unique and special but I had no idea what to do. I’m glad this moment was presented to me.

Have you kept in touch with Kim and Khloe since meeting them?

I haven’t really heard from Kim or Khloe since we met. Kim sent me the picture of us before she posted it because she respects girl code [laughs]. They didn’t show this but they asked me what question did I always want to ask them and the first thing I said was ‘How do I take a good picture?’ So that’s why she was teaching me how to pose for our picture.

Kim was short like I expected and Khloe was overwhelmingly pretty. Maybe because she’s a lot taller too, she’s just gorgeous. Their makeup was flawless… I would have liked to get glam that day [laughs]. They looked bomb, phenomenal… they looked rich.

Has meeting them made you hold back from being too mean in your posts? Has anyone ever reached out to complain about anything?

I feel the good thing about NBB is that she’s commenting on stuff that’s already out there. I’m not going to stop if it’s right there anyway. For example, the jokes I make about Kourtney not wanting to work is because it was seen in the show for like 100 days.

The Malikas [The Haqq sisters] haven’t ever said anything but Khloe didn’t seem offended so I hope that’s an extension of how they feel. It was really just a play on the fact people would always seem confused about the fact Malika has a twin because Khadijah isn’t as involved in the series.

Jonathan [Cheban] is not a fan, I know that for a fact. I can’t say I blame him because I don’t know if I would be here for it if I was in his shoes. The character for Jonathan came from the fact his interactions on the show and social media is very diva so I just threw a Miss in front of it.

I don’t ever tag anyone in anything but I can understand that other people might tag them and they get tired of it.

The same thing happened with Black Chyna, she’s also blocked me and I get it. If it makes your internet or your social media experience better to block me then by all means block away. The Dream Kardashian Hope Fund joke is more of a play on Rob Kardashian than it is about Chyna.

Do you plan to keep running the account forever?

I think I might stop when North is old enough to have her own Instagram. I feel like it’d be weird if there’s your real one and mine. Once she’s at the age where she’s not like a child and can speak more for herself is when I’ll step back.

What are you hoping to do next now that your identity is out? Are you a writer?

I work for the California State Government designing websites but I used to do a lot of writing on the side just for fun.

I’ve always been interested in entertainment pop culture, but I would need to work in PR or marketing to be part of it. I’ve worked at places like LucasFilm, Gap, Facebook, and The Shade Room but it’s funny that my best success has come from doing something that was a hobby.

I would love to explore what else I can do as a writer. I’m so used to downplaying that side of things in my life but I feel like I could have a lot of fun being a comedic writer so I’m hoping to explore that.

The final season of Keeping Up With Kardashians airs Thursdays on E! in the US, while it is available to stream the next day on hayu in the UK.

If you’ve got a celebrity story, video or pictures get in touch with the Metro.co.uk entertainment team by emailing us [email protected], calling 020 3615 2145 or by visiting our Submit Stuff page we’d love to hear from you.