It’s a set of slimmer fall film festivals that will launch in Venice, Toronto and New York. There’s a total absence of Netflix movies and while there’s the occasional “Ammonite” (Neon), “On the Rocks” (A24), or “Nomadland” (Searchlight), others held back in favor of unveiling closer to the delayed awards season that ends with the Oscars on April 25, 2021.

Netflix’s Ted Sarandos, recently promoted to co-CEO with founder Reed Hastings, said he made the no-festival decision back in March, at the start of the lockdown.

“At that time it looked pretty bleak, and the idea of getting folks together to go to the mountains and watch movies in small dark rooms didn’t seem that appealing to a lot of people,” he said on IndieWire’s Screen Talk. “Not only that, when we had to commit to these festivals in that time frame, the films were in various states of being complete. We thought that having filmmakers spending time in the editing room instead of with their families was probably not a great trade-off … We certainly didn’t want to force a filmmaker to go, or send an employee if they were nervous about going off to a festival somewhere.”

Sarandos said Netflix tried to cushion the financial blow to festivals, and will “make sure to give folks access to see the films the same way you would have if at the festival.” He added that Netflix’s fall slate will appear on the site “roughly when we planned to release most of these films,” and in theaters depending on availability.

From Ryan Murphy, there will be the adaptation of Tony-nominated high school musical “The Prom.” Original Broadway book writers Chad Beguelin and Bob Martin wrote the script, and the film stars Meryl Streep, Nicole Kidman, and James Corden as theater stars on the downside of their careers who descend on an Indiana town to fight for the right of a gay teen (Jo Ellen Pellman) to take her girlfriend to the senior prom.

The film, which had to shut down with several shooting days to go, went back into production for five days at the end of July under strict safety protocols at Raleigh Studios in Hollywood. “Ryan knocks your socks off,” said Sarandos. “It’s a big movie musical.” The likeliest outcome for this movie: a rousing Golden Globes competition with Steven Spielberg’s “West Side Story” for Best Comedy or Musical.

Likely to turn up at year’s end is “Mank.” David Fincher is still editing the black-and-white Hollywood biopic, which is based on his late father Jack’s script about the collaboration of writer Herman J. Mankiewicz (Oscar-winning shapeshifter Gary Oldman) and director Orson Welles (“The Souvenir” breakout Tom Burke) on 1941 classic “Citizen Kane.” It marks the “Fight Club” and “Social Network” auteur’s return to feature filmmaking for the first time since 2014’s “Gone Girl.”

As ever, Sarandos is an enthusiastic pitchman for his lineup. “It’s an embarrassment of riches in terms of not just who made these films,” he said, “but the films they made.” “Mank” was a tough one to execute even for an accomplished director, he said, much like Martin Scorsese’s “The Irishman;” he insisted that that film more than delivered on its $150 million investment. “We couldn’t have spent it any better,” he said. “It’s a hugely commercial film for Netflix, one of the 10 most-watched movies ever, with 10 Oscar nominations.” 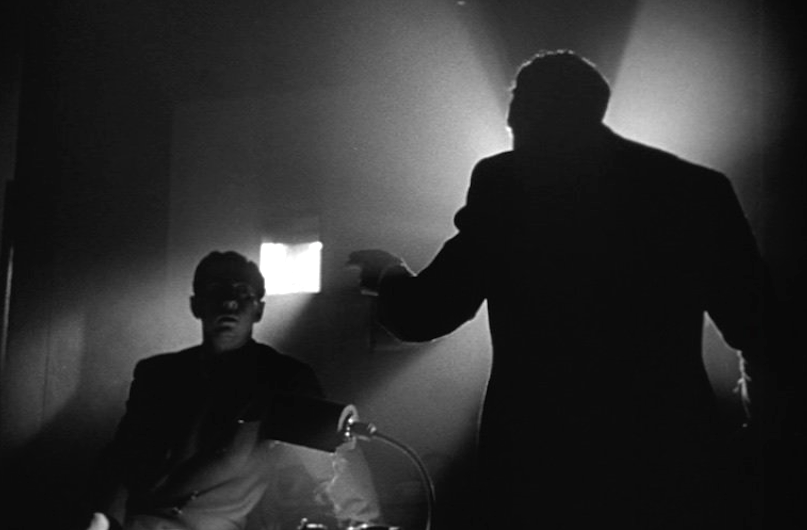 Likely to appeal to the mainstream sectors of the Academy is “Hillbilly Elegy,” directed by Oscar-winner Ron Howard (“A Beautiful Mind”) and adapted by Vanessa Taylor (“The Shape of Water”) from the controversial 2016 bestselling memoir by J.D. Vance. Gabriel Basso stars as a law student who returns to his hometown in Appalachian Ohio where he was raised by a strong mother (Amy Adams) and grandmother (Glenn Close). Whatever critics make of this film, Academy actors know that both actresses are long overdue for Oscar wins, with 13 nominations between them.

Also veering to the commercial side is Oscar-winner George Clooney’s sci-fi thriller “The Midnight Sky.” He directs a script by Mark L. Smith (“The Revenant”) based on the Lily Brooks-Dalton novel about a lonely Arctic scientist (Clooney) trying to warn a NASA spaceship astronaut (Felicity Jones) not to return to Earth following a global catastrophe. “‘The Midnight Sky’ might be Clooney’s best directorial work ever,” said Sarandos.

One Netflix movie that could have used some festival attention is writer-director Ramin Bahrani’s follow-up to HBO’s “Fahrenheit 451,” India rags-to-riches tale “The White Tiger.” Based on his old college chum Aravind Adiga’s Man Booker Prize-winning novel, this story about a low-caste Bangalore driver (buzzy newcomer Adarsh Gourav) who climbs out of poverty by working as a chauffeur, killing his boss, and stealing his money to launch a business, could prove Bahrani’s most accessible to date.

Netflix also picked up a few studio pictures to add to their robust awards slate, including Aaron Sorkin’s “The Trial of the Chicago 7.” Sorkin sought to release it before the election; hence, Paramount’s sale of the film to Netflix. “It’s as in the moment and as contemporary as possible,” said Sarandos, “even though it’s a period film packed with incredible performances.”

Oscar-winning screenwriter Sorkin (“The Social Network”) wrote and directed this true story about how a peaceful protest outside the 1968 Democratic National Convention turned into a violent clash with police and the National Guard as America watched on television. The film also tracks the conspiracy trial that followed, starring protest ringleaders Abbie Hoffman (Sacha Baron Cohen), Jerry Rubin (Jeremy Strong), Tom Hayden (“The Theory of Everything” Oscar-winner Eddie Redmayne), and Bobby Seale (Yahya Abdul-Mateen II) along with their star lawyer, William Kunstler (“Bridge of Spies” Oscar-winner Mark Rylance). It remains to be seen how Netflix will campaign this ensemble: The awards team may decide to take the all-supporting “Spotlight” route. 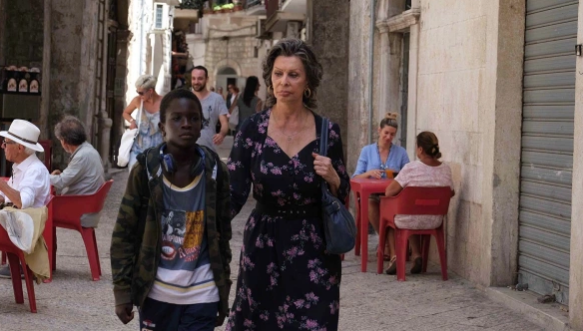 Sophia Loren returns to the screen after a decade in “The Life Ahead.”

A possible Mexican international feature film submission is Fernando Frias’ “I’m No Longer Here,” about a Monterrey street gang who dance and party until an encounter with a local cartel goes south.

And from Italy comes “The Life Ahead,” directed by director Edoardo Ponti, son of Oscar-winner Sophia Loren (“Two Women”) and late producer Carlo Ponti. Adapted by Ugo Chiti from Romain Gary’s novel, it’s the story of an aging Holocaust survivor (Loren) who bonds with a 12-year-old street thief from Senegal. Israeli filmmaker Moshe Mizrahi memorably adapted the book into “Madame Rosa,” starring Simone Signoret, which won the 1978 foreign-language Oscar. Do not underestimate the allure of Hollywood Golden Age survivor Loren, 84, with the older Academy. It’s her first film in a decade.