Neighbours fans are about to see Paul Robinson (played by Stefan Dennis) at his most deadly as he comes face-to-face with the son he shunned.

Robert Robinson (Adam Hunter) was jailed for murder 12 years ago and it seems Paul had forgotten absolutely everything about him.

It all comes about because David Tanaka (Takaya Honda) plans to study Robert’s psyche as part of an investigation, and Paul wants to stop the whole thing going ahead.

As a result, they come head-to-head in prison, but according to Stefan, the drama only starts there.

Stefan explained: “Paul has tried to forget Robert over the years and seeing him has brought it all back up.”

When asked if Paul would go back to his son’s side, the actor admitted: “Never say never! This is Neighbours we’re talking about but today as we’re sitting here, there is no way Paul would ever have anything to do with Robert.”

However, while Paul and Robert have no hope of getting their relationship back on track, the father was delivered yet another bombshell.

He is stunned to discover Robert has a daughter, Harlow (Jemma Donovan), but will he take her in?

Stefan laughed: “That’s exciting, isn’t it? It takes Paul a little while to believe that’s his granddaughter.

“When he finds out about the whole Robert scenario, it’s like… woah!” 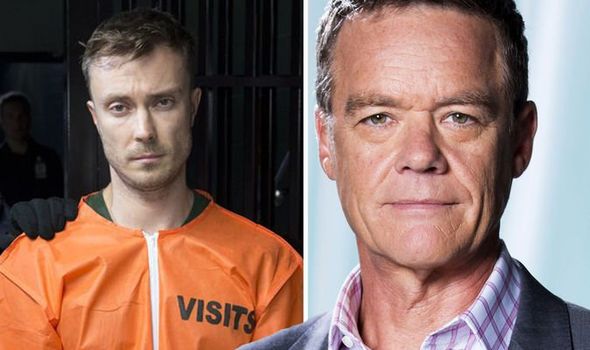 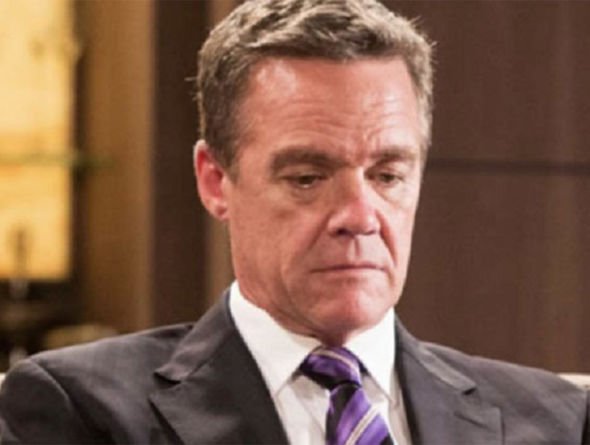 “He realises she’s flesh and blood – and she’s not Robert. I think that makes him a little more open to taking her in.”

Rebekah added how Terese becomes the driving force in their relationship, explaining: “For her it’s a connecting thing with Paul and waiting to move into the house and be a family.

“For her, it’s that family coming together and that’s the great thing about Terese.”

Robert was last seen on screen in 2007 when he was at the manslaughter trial following a series of horrific actions, including the 20th anniversary episode which saw a plane explode.

The bad boy was completely out of control when he left Paul tied up in a mineshaft before shooting him. 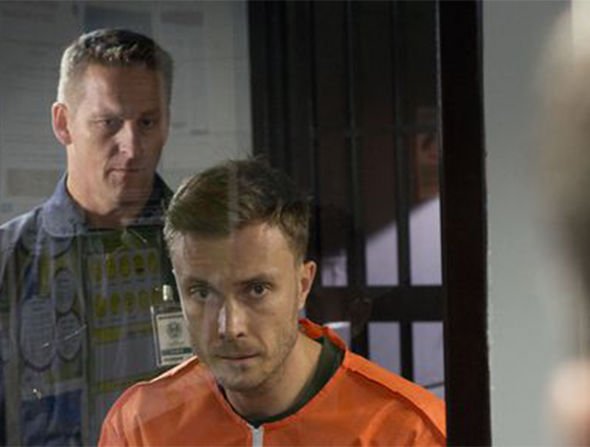 After eventually getting caught in a complex web, Robert was marched off to prison, and when the trial came around, he explained he was desperate to get revenge on the father he hated.

When he was sent down for murder, Paul vowed never to even think about him again.

While Robert and Paul have no ties now, will the prisoner ever make another return?

Stefan tantalisingly teased: “They may bring him out again… I know of a storyline in the future but I’m not saying anything!”