CBS hit drama NCIS Hawaii ended on a positive note for Kate Whistler (played by Tori Anderson) as she rekindled her romance with the help of Ernie Malik (Jason Antoon). As the series will return for its second season in September, the actress paid a special tribute to her co-star.

NCIS Hawaii became a huge hit with viewers after it first premiered on CBS in September.

Taking to the scenic views of the Hawaiian tropics, the team of agents were tasked with investigating military and national security crimes.

The agents were led by Special Agent in Charge, Jane Tennant (Vanessa Lachey), who also happened to be the first female leader in the 20- year-old franchise.

The show also introduced Kate Whistler (Tori Anderson) who worked as a Special Agent with the FBI. 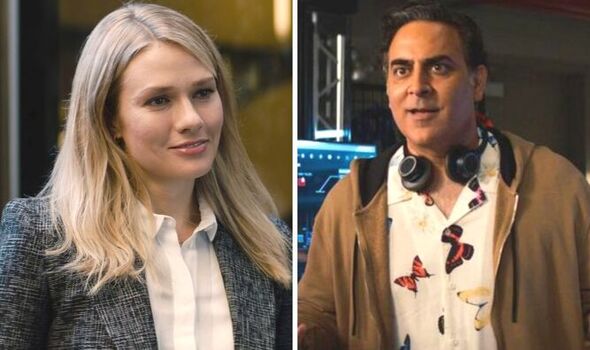 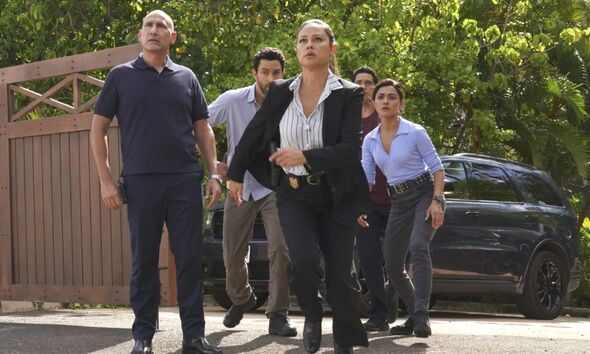 Despite her work with the team, Whistler won viewers’ hearts for her romance with Junior Field Agent Lucy Tara (Yasmine Al-Bustami).

During the show, the couple went through some turmoil after Whistler’s girlfriend appeared in town.

She failed to tell Tara they had never formally broken up and blamed it on fears that Tara would leave her.

A heartbroken Tara did just that and ended their romance, however, with Ernie’s help Whistler was able to win her back during the finale, 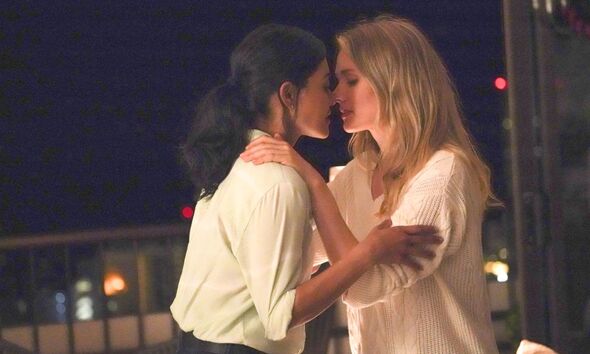 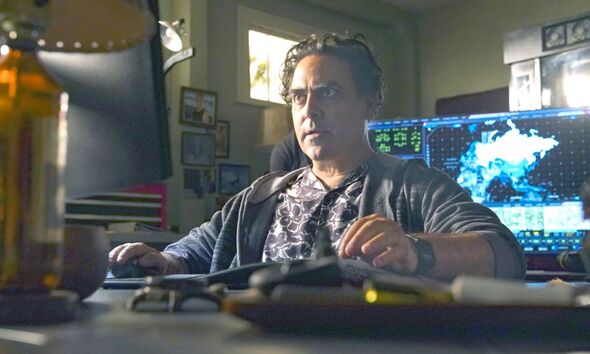 In a recent interview, the actress shared some kind words about Ernie star Jason Antoon.

Tori shared: “I love Jason, my scenes with him are probably some of my favourites.

“He just brings so much light and joy to everything he does, and Ernie really is a supporter of their relationship.”

She continued: “A person who’s developed into this kind of voice of reason for both of them, in the funny world that he sort of resides in.

“It’s nice in a procedural to talk about things other than work, which this has kind of made room for,” Tori told TV Line.

A regretful Whistler opened up to Ernie about struggles and the tech specialist suggested a grand gesture such as serenading to win Tara back.

During Jane’s potluck event, the couple reunited with a kiss after Whistler decided to follow Ernie’s advice and serenade the agent, boldly in front of other guests.

She sang Bob Dylan’s Make You Feel My Love, and although Tara was initially shocked she made it clear she was happy to rekindle their romance.

Fans also loved the for their LGBTQ+ representation and adoringly dubbed them Kacy.

The show’s executive producer Jan Nash opened up about her thought process behind introducing diverse characters.

The showrunner shared: “We want these characters to feel like they have full lives.

As Tara’s sexual identity hasn’t been assigned to any label, Jan explained: “It is not a situation where either of them is a straight woman who was suddenly, magically attracted to somebody else,” she confirmed to TV Line. “It’s not that.”

NCIS Hawaii will premiere on CBS on Monday, September. 19. A UK release date is yet to be announced.