Nate Berkus and Jeremiah Brent from HGTV’s Nate & Jeremiah Home Project give their children space and room to explore their own interior design styles. And Brent recently described his daughter Poppy’s love of pinks and purples.

Brent mused about 6-year-old Poppy’s love of pinks and purples when it comes to interior design. “Poppy is very declarative about what she does and doesn’t like,” he recently told Showbiz Cheat Sheet. “She’s currently only interested in pink and purple, which is hard for me [laughs].” 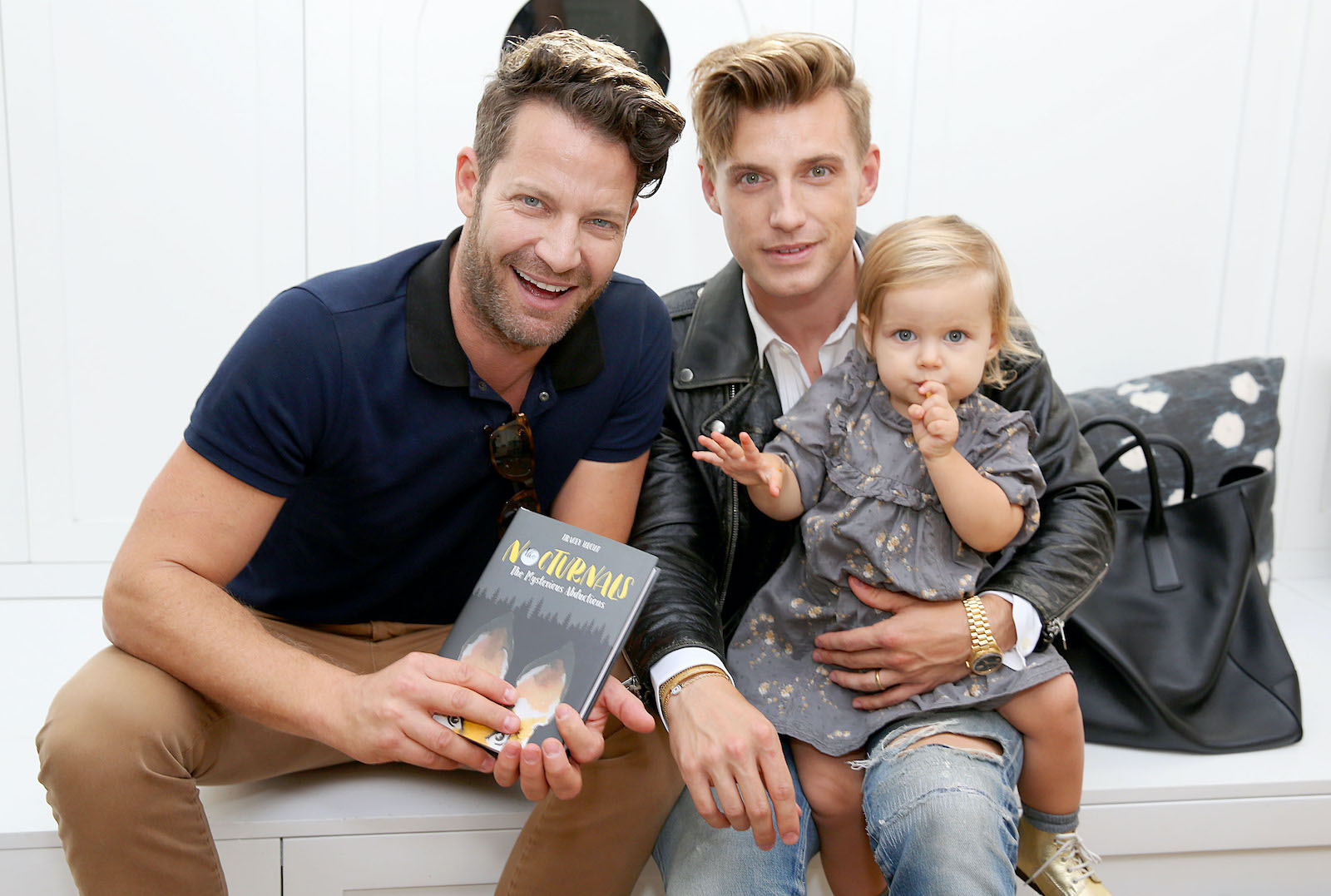 But he added that he and Berkus allow the children to integrate their personal style into the family’s living space. “They’re part of the house and we can’t ask for them to respect it without respecting their opinions.” He continued. “Listen, there’s no shortage of opinions in our household.”

Berkus recently joked about trying to go with the flow when 3-year-old son Oskar dumped his toys all over the floor during playtime. “Telling the organization obsessed #triplevirgo in me that everything will be OK,” he shared on Instagram.

Brent had his own post about Oskar’s style as he added his box of Legos to the living room table. “Oskar adding to our collection -A lego box is chic, right?” he joked.

In a previous interview, Brent said while his children respect the home, they are still kids. He recalled when Oskar took a black pen to an ottoman in the living room but the couple managed to figure out how to remove the stain. “We went online and found some organic way to clean the marker up,” he said.

What is the family’s design style?

And while the children’s design touches are woven throughout the home, what is it like to live, love, and work with your spouse? Brent told Showbiz Cheat Sheet it’s actually pretty wonderful.

“But he’s my favorite person of all,” Brent said. “He’s my best friend. I love him madly. We love creating. I mean sometimes I’m like, I’m tired of hearing your voice [laughs]. But we love it. And we both get to do what we love.”

“Which is what I’m so grateful for,” he added. “You know, we go to bed talking about design. We wake up talking about it. But he’s the easy part. He’s fine. He’s annoying [laughs again]. But I love him. He’s a special kind of annoying.”

Brent also said families should create a home that fits their specific lifestyle and not feel as though they have to conform their life to the home. “I think the best thing you can do is shift everything in the house,” he shared. “Which sounds weird, but in our own home, we had a formal dining room and I’m like, who the hell is using this? We’re not entertaining any time soon. And so the formal dining room became a seating area where we got coffee or had a glass of wine. It became a whole different moment.”