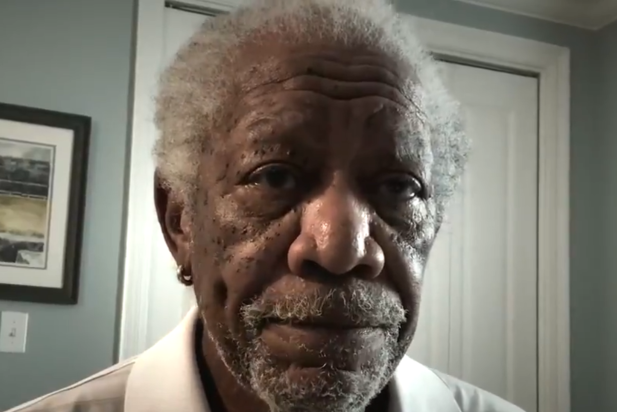 Opposition to recent changes made to the SAG-AFTRA Health Plan reached a new level on Tuesday, as multiple Hollywood stars released a new video slamming the actors guild just as a class action lawsuit was filed against the Health Plan’s trustees.

The video was released by SOS Health Plan, a group of SAG-AFTRA members opposed to the Health Plan changes and led by key members of the SAG-AFTRA Los Angeles local board, which has spoken out against national guild leadership repeatedly in recent months. The actors featured in the video include Morgan Freeman, Mark Hamill, Whoopi Goldberg, Amy Schumer, Vincent D’Onofrio, Martin Sheen, and Ed Asner, who served as SAG President from 1981-1985 and is listed as a plaintiff in the new lawsuit.

The video opens with a speech by Freeman and Clancy Brown, an actor whose roles include “Highlander,” “The Shawshank Redemption” and “Starship Troopers” as well as voice roles in “Spongebob Squarepants” and other animated shows and video games. “The day I got my union card I became a member of a professional family…backed by a powerful group that would protect my interests,” Brown said. “Even after I stopped working, they promised to be there for me. I agreed to that covenant.”

In August, the Health Plan trustees announced changes to the plan in an effort to cut rising costs, including increasing the annual earnings requirement to $25,950 and removing the ability to count residuals towards that requirement from any member who took a pension. SOS Health Plan says that the changes will remove nearly 12,000 members from the union healthcare coverage they paid into for decades.

While  SAG-AFTRA has set up a marketplace with Via Benefits to allow those affected to find replacement coverage, the class action suit says such replacement coverage “will cost many performers and their dependents and surviving spouses far more” than under the guild health plan, and SOS Health Plan says the changes are a betrayal of the guild’s longest-lasting members.

“Why isn’t the union fighting for me?” asks Whoopi Goldberg in the video. “I paid into the health plan for my whole career. I’m pissed. I’m really pissed.”

SOS Health Plan also accused guild leadership of not telling members about the health plan’s financial situation during the recent contract negotiations with the Alliance of Motion Picture and Television Partners, which was approved by SAG-AFTRA members with 74% of the vote weeks before the health plan changes were announced. Contributions made by studios into the health plan are discussed during the AMPTP talks.

“Why would our leaders force a vote to approve contracts that didn’t protect our healthcare?” asked veteran actor Jodi Long.

The new lawsuit, filed by Asner and nine other SAG-AFTRA members, claims that the changes to the health plan and trustees’ alleged failure to make members aware of financial struggles facing the plan’s structure are in violation of the Employee Retirement Insurance Security Act, a labor law passed in 1974 that provides protections for pension and health benefit plans for employees. Along with financial damages, the lawsuit seeks to take control of the health plan from trustees and place it in the hands of an “independent fiduciary” that could reverse the changes. Reps for the SAG-AFTRA Health Plan say they are currently reviewing the lawsuit and have no further comment at this time.