When “Moonlight” — which IndieWire just crowned as the best film of this decade — went from breakout festival success to cultural phenomenon in 2016, Barry Jenkins catapulted to major filmmaker and when one of the most revered black storytellers to emerge this century. That rapid ascension made up for a lot of lost time: Anyone who caught Jenkins’ insightful 2008 debut “Medicine for Melancholy,” an absorbing two-hander about gentrification and the modern African American experience, saw the potential for a singular new voice in current cinema. It took nearly 10 years for Jenkins’ followup to come together, but “Moonlight” became the ultimate catalyst for broader discussions about representations of the black experience in popular culture.

But the conversation wasn’t relegated to that sphere alone. Jenkins’ adaptation of playwright Tarell Alvin McCarney’s “In Moonlight Black Boys Look Blue” taps into the solitary experiences of Chiron, as he struggles with his sexuality and troubled family dynamics across key moments in his life, but the movie transformed that journey into a poetic experience with universal resonance. Unusual for a $4 million drama of any sort, “Moonlight” grossed more than $65 million worldwide, and won the Best Picture Oscar in a shocking last-minute turn of events that entered pop culture itself. Yet even the abrupt live broadcast moment when it turned out that “Moonlight” had beaten “La La Land” after the latter movie was handed the trophy spoke to the unexpected jolt that Jenkins’ movie sent throughout the film industry. Nobody saw it coming, not even Jenkins himself.

Three years later, he’s still sorting through the experience. In the time since then, his adaptation of James Baldwin’s “If Beale Street Could Talk” was another critical and commercial success that landed Jenkins another Oscar nomination. He’s currently wrapping pre-production on his long-awaited Amazon series adaptation of Colson Whitehead’s Pulitzer Prize winner “The Underground Railroad,” and a biopic about choreographer Alvin Ailey is around the corner.

Needless to say, Jenkins is too busy to spend much time contemplating the past. But when he received the news that “Moonlight” had topped IndieWire’s list, he squeezed in the opportunity to consider just how much the movie changed his life, and the industry as a whole. The following excerpts from that conversation have been condensed and edited.

It wasn’t clear to me how meaningful a character like Chiron would be. The movie is a culmination of my experiences and Tarell’s. Once I saw the impact in person, something shifted. The first screening at the Telluride Film Festival couldn’t have been a world farther removed from “Moonlight.” This was like the 55-year-old North Face summer vacationer. The movie still got to them. I was like, “This is kind of strange.” But the audience still felt it, which meant that it translated. I was like, “Oh. This won’t be this little thing that just my friends and I can relate to.”

I don’t look to cinema as the premiere medium for storytelling. I went to school for film and creative writing. But it was important for the themes of “Moonlight” — the emotion and the spirituality — to have a visual aesthetic that could translate them. We weren’t writing the story on paper; we were painting with moving images. The only way to make the movie successfully was to lean on the medium, the visual dynamics of storytelling. The character is like a barometer for the emotions of the film. While people were responding to the film by saying that it’s the first time we’ve seen this character onscreen — not these visual dynamics, in this kind of narrative — but neither one is more important than the other. Making a movie with these kind of stylistic choices was the only way we could pull it off. 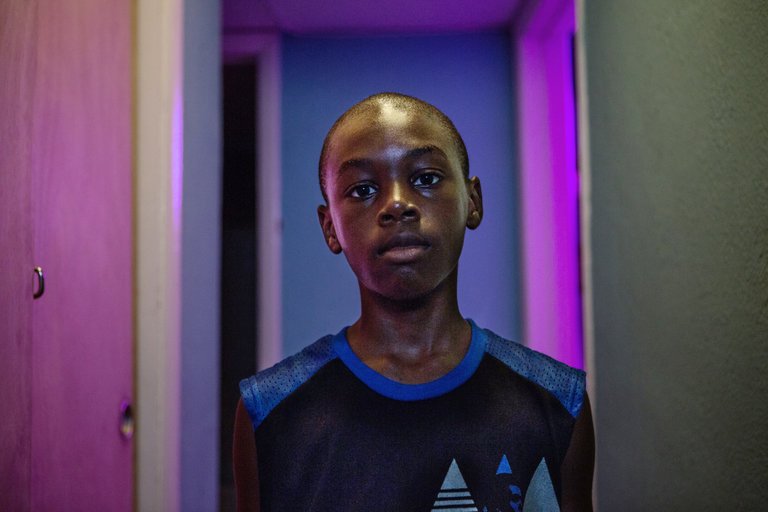 I didn’t anticipate the responsibility this film took on. And I’m glad I didn’t. If I’d been aware that the movie would take up a very dramatic place in this conversation we needed to be having, it would have put a lot of weight on this very small, delicate thing. I’m glad that conversation came up after the film was completed and it wasn’t happening while we were making it. It didn’t occur to me that the film could be this lightning rod, or a signpost, for so many issues that are very relevant to the times we’re living in.

One of the things I’m most proud about with “Moonlight” is what I’ve heard from friends: They’re trying to raise funds for a film that’s $2 million, or $3 million, and nobody can tell them that’s too small to reach an audience. You can’t get smaller than “Moonlight,” and the audience reach was beyond my wildest dreams.

The Oscar campaign was just such a crazy thing to go through. I’d been to Telluride since 2002 so I’d seen other filmmakers go through it all, but it’s something you can’t possibly prepare for until you’re doing it yourself. Despite the drama of that particular moment — the logistics of how the Best Picture Oscar was awarded — it became clear to me how fortunate we were after going through it again with the nominations for “If Beale Street Could Talk.” I can now speak to the filmmakers who went through that multiple times and didn’t get the result that we did with “Moonlight.” 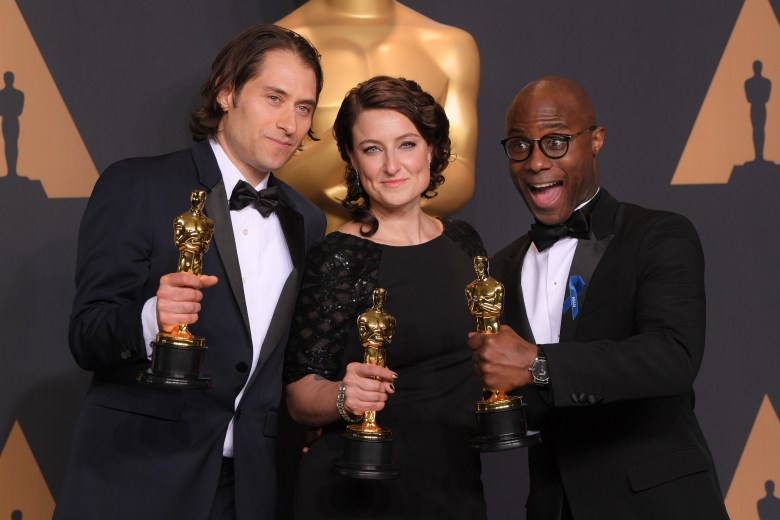 You know this FaceApp thing is going around? Yeah, it’s controlled by the Russians. It makes you look old. When I used it on selfies, it kept coming back with these really terrible results. So we used it on professional photos, and the best photos were from that time. I started downloading photos from the internet and running them through FaceApp. There was something really profound about it. What happened with “Moonlight” happened so early in my quote-unquote career that there’s this tricky dynamic to it. So to see myself in that same place as an old man was kinda cool. That’s how I felt in the moment, when it ended, and yet in the photo there’s still joy in my face. It was a really beautiful thing that happened, but it was three or four years ago, and now nobody gives a shit.

When a black story reaches an audience, and there’s a black creative as a writer, director, or producer, you expect that the audience is receiving it unfiltered. That’s a shift in our culture that’s been given, not taken. You look at someone like Ava DuVernay, who’s empowering filmmakers by hiring them for “Queen Sugar,” and there’s a lack of filter to that. We didn’t have that situation as much as we have it now. All of us talk and we hold each other accountable.

This is the tension right now: I believe that I am the same guy doing the same shit. That photo in the Apple advertisement is me carrying “Moonlight” on a laptop’s portable hard drive. That’s what it took to get the movie made. I think the image itself is quite grounded. Shit, I’m still programming shorts at Telluride to this day. I don’t like to think that anything about me has changed, but it would be irresponsible for me not to acknowledge that some things have changed.

I’m doing the same things I would’ve done post-“Moonlight.” That’s the real blessing of what’s happened. “Moonlight” wasn’t something anyone told me I should really do. Look at the results: Not the Oscars, but the audiences, and the filmmakers, who have taken inspiration from it. “Beale Street,” was written before “Moonlight,” the Alvin Ailey project, and “The Underground Railroad” — which I read before “Moonlight” was released, and was the first book I ever tried to option — all these things predate “Moonlight” in a certain way. I get to be who I am as opposed to trying to put myself into someone else’s expectations of me.  We went out and made this thing about ourselves expecting that no one would see it. But I can’t allow this movie’s placement on this IndieWire list to make me think any differently about myself. I’m just a guy who tells stories with a camera.

Someday, I’m going to end up teaching, and I think I’m going to be very happy doing that. I know Bela Tarr has dedicated himself to providing a space for other filmmakers. There’s something really noble in that. At some point, I’ll evolve, and it’ll be time to indulge my profession in other ways.