Grey’s Anatomy has been on so long that it’s become a virtual hotbed of former regulars and guest stars who went on to even greater success. ER was much the same way, of course, of which Grey’s more than resembles.

While ER would frequently bring in older acting legends to portray elderly patients with health problems, Grey’s frequently had younger guest stars who soon scaled the heights to better things.

One of those stars went on to one of the most popular Netflix streaming shows to date. However, there were many other surprising guest turns you’ve probably forgotten about in the last 16 years.

Take a minute to see our short compilation of the most notable who managed to scale the showbiz mountain shortly after their appearances. 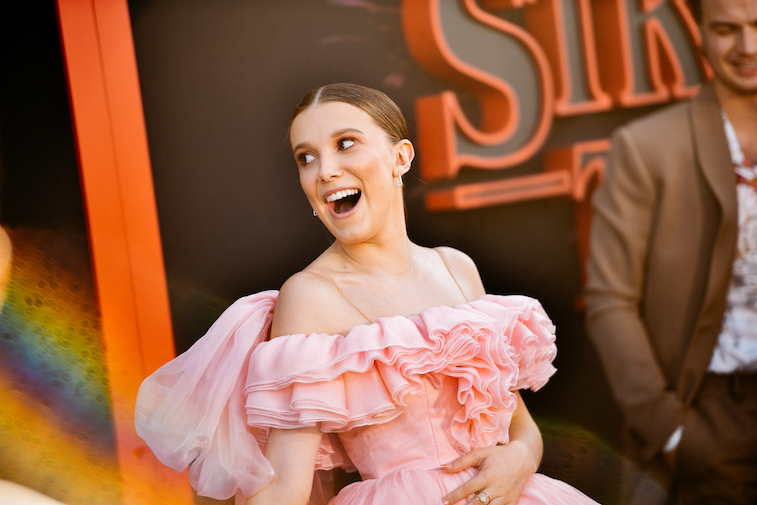 The now superstar of Stranger Things managed to land a gig on Grey’s five years ago. This was during the time when Brown was trying to make it in Hollywood with sparse roles until finally landing her iconic role of Eleven.

Brown played the daughter of an injured mother after an earthquake strikes. It involved a remote story at home where the daughter needs to save her mother’s life. She takes directions by phone from Owen at the hospital on what to do.

Leave it up to Grey’s to provide a bit of a twist on a medical story without it always transpiring directly in the hospital. Brown was certainly memorable here, and it might have been one of the things casting directors on Stranger Things saw in selecting her a short time later.

Yes, the former Mad Men co-star and superstar of The Handmaid’s Tale had a notable guest appearance on Grey’s during the third season. She played the daughter of a mother who needs a risky surgical procedure done. As a typical medical drama device, the mother dies, ultimately tearing the daughter apart.

We’ve seen numerous other guest shot appearances similar to this one on medical dramas over the years. We’re still seeing similar plots on other medical shows across the network spectrum. In some cases, it means the offspring becoming violent because the hospital can’t save the loved one’s life.

Moss, as we know, has always gravitated to morose characters, and this was a bit of a head start for her. Yet, when she started acting on Mad Men, she played a character many women were able to relate to before transitioning back to playing the darker side of humanity.

One guest shot in Season 6 was from Mandy Moore who was a rare case of already being famous from pop stardom. She was starting to cut her teeth as an actor by this time, though, something that made everyone sit up and take notice based on her dramatic performance here.

This was a tragic story about Moore’s character needing a colostomy bag reversal procedure. When the hospital is shut down due to a shooting, Moore’s character doesn’t return to have the surgery done until months later.

She ultimately dies, not before her partner agonizingly has to process removing her from life support.

Moore started to go further into dramatic acting territory after this, with no one realizing she’d find her true acting niche on This Is Us years later. We just hope we don’t see Rebecca Pearson in a similar situation based on TIU’s recent flash-forwards.

If we can all imagine the real Demi Lovato having Grey’s-like situations in the hospital due to her own personal problems, she was certainly able to translate that well into a fictional plotline.

Her Grey’s story was one involving a misdiagnosis, something prompting doctors to think she was mentally ill. Hopefully Lovato hasn’t experienced similar territory, but we certainly see this scenario play out in real life far too often.

Thankfully, we all see Lovato is on the road to better health and career in reality.