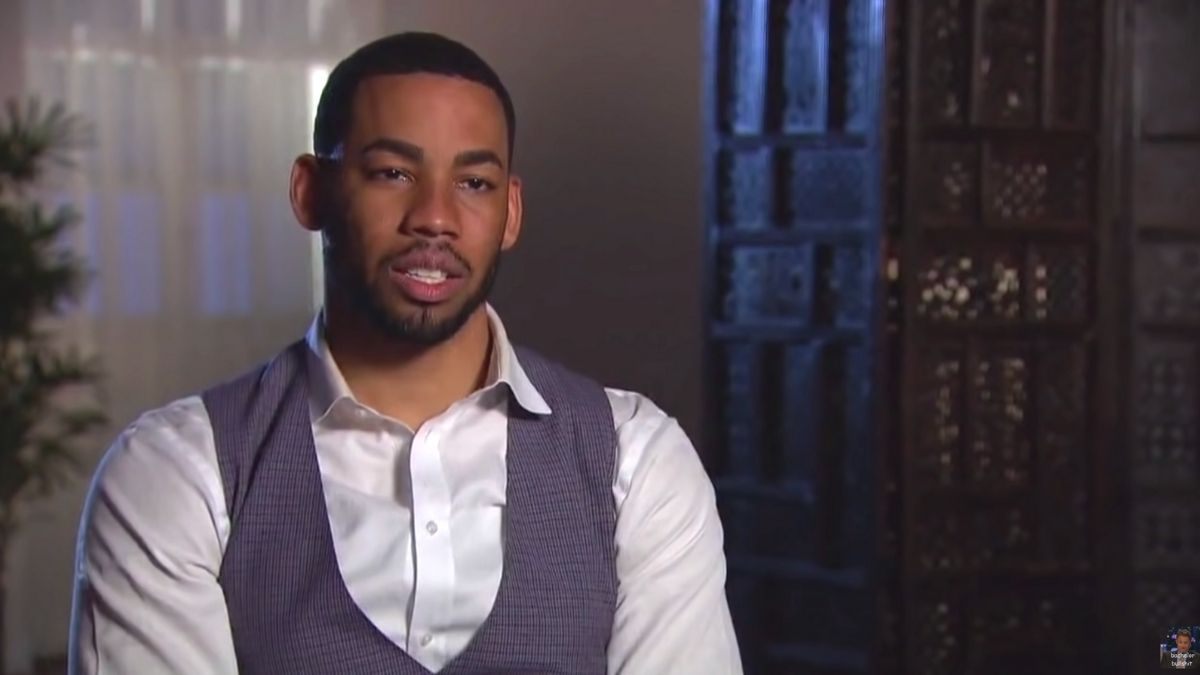 Mike Johnson was slated to become the first African American man to take on the Bachelor lead after he appeared on Hannah Brown’s season of the show.

However, ABC went in another direction and chose pilot Peter Weber to lead the following season.

Mike chose instead to go on Bachelor In Paradise but quickly realized that this was not the place for him to find love.

He was briefly romantically connected to Demi Lovato in Los Angeles but broke things off after a few dates.

Now, Mike reveals that he’s not going back on Bachelor In Paradise to find love, but he hasn’t closed the door on a possible Bachelor season.

Mike recently spoke out about his time on Bachelor In Paradise revealing that it wasn’t a good place for him. However, he gives plenty of credit to Mike Fleiss and the producers for being awesome people.

“Everyone involved, [including producer] Mike Fleiss, has been wonderful to me — freaking awesome people,” Mike told US Weekly while promoting his new book, Making The Love You Want. “I would not do Bachelor in Paradise ever again, probably. It’s just not my cup of tea.”

Notice how he doesn’t say that he wouldn’t do a season of The Bachelor. However, Bachelor In Paradise is a door he prefers to keep shut.

Mike also reveals that he has battled depression over the past couple of years. He doesn’t link it to being famous from The Bachelorette and Bachelor In Paradise, but he does mention that it is good for him to protect himself. He also gives a nod to his book in this regard.

“It’s just things that I’ve been thinking about the last few years in regards to things that I’ve gone through with depression and things that I’ve had to deal with in my life while trying to be there for other people as well,” he explained. “This is my solution, in a way, that can help us all. I think every single individual on this entire Earth that’s alive has or will go through something. … This book is the pillars that help them through that journey.”

Tyler Cameron has already given his friend a shoutout with the book, sharing that he’s proud of Mike for writing a book.

Mike Johnson says he thinks Matt James will do great

During the interview, Mike also makes mention of Matt James. Matt was chosen as the first person of color to be the next Bachelor. Fans were originally upset that Mike wasn’t chosen over him, but Mike wants fans to cheer Matt on.

“He looks like my good-looking brother to be quite honest,” Mike explained.

“I know for a fact he’ll be probably the best Bachelor ever. I think he’s going to treat the ladies like his mom told him to.”

Plus, Mike is convinced that ABC will do everything to make Matt look good. There’s no way they could make him look bad, right?

“His personality is really awesome. And, the show editors cannot make the first Black Bachelor look bad,” he explained. “I’ll probably get in trouble for saying that, but they know they can’t make him look bad.”

Mike is gearing up to watch Clare Crawley’s season of The Bachelorette, which is set to premiere on October 13. Back in August, Mike revealed that he was baffled by the rumors coming from La Quinta about Clare wanting to quit The Bachelorette.

Like so many others, Mike had nothing but questions as to what was happening with Dale and Clare. But Mike is excited to see what will happen.

The Bachelorette premieres Tuesday, October 13 at 8/7c on ABC.