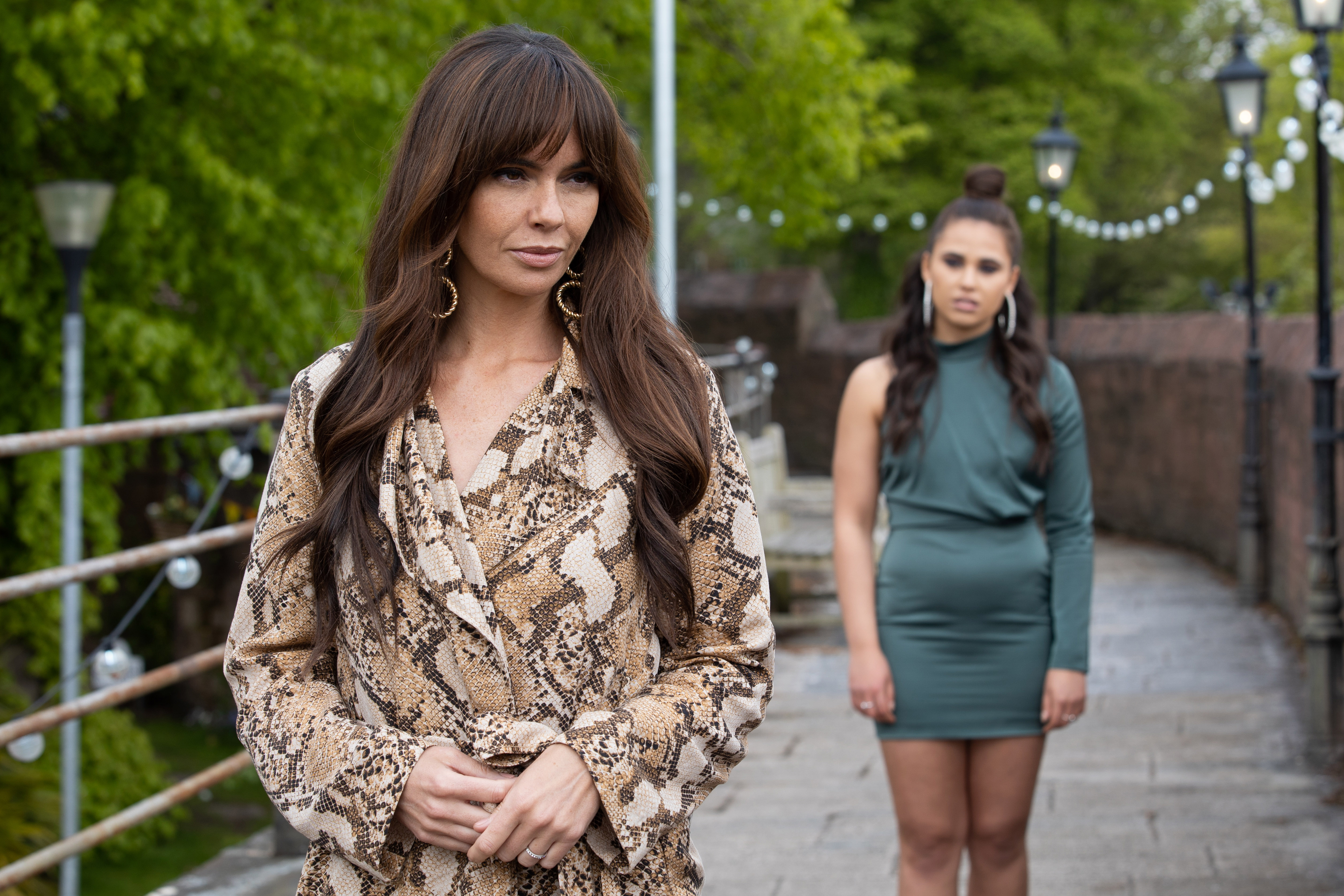 Mercedes McQueen (Jennifer Metcalfe) returns to Hollyoaks with a bang next week, as she at last uncovers scheming Cher’s (Bethannie Hare) actions.

The legend, who made her debut in the Channel 4 soap back in 2006, checked herself into a psychiatric unit last month, after she came to believe that she had kidnapped Diane Hutchinson’s (Alex Fletcher) newborn baby.

The apparent abduction was the latest in a long line of incidents that Mercedes believed she was responsible for, but viewers know that Cher is the real culprit.

Cher has been on a mission to mess with Mercedes’ mind, in the hopes of splitting her and Sylver (David Tag) up for good.

Mercedes, however, returns to the village stronger than ever, and the McQueens couldn’t be more delighted to have her back behind the bar where she belongs.

Cher, however, is less than pleased by her stepmum’s return, and soon enough she’s meddling again, as she insists that Mercy pay Tony (Nick Pickard) a visit, hoping that it will overwhelm her.

But little does she know that Mercedes is about to make a shocking discovery!

And after said discovery, the landlady of The Dog is convinced that she did not abduct Eva after all.

She soon points the finger, but it’s seemingly at the wrong person. That is, until Peri Lomax (Ruby O’Donnell) accidentally sets her straight, resulting in Mercedes realising that it was Cher who framed her!

With Peri’s revelation going round and round in her head, Mercedes wastes little time in confronting Cher.

But, after months of manipulation, will Cher at last come clean? Will she admit the truth?