It’s time to find out who won season 2 of Love Island!

After surviving a month of dumpings, recouplings and Casa Amor, the final four remaining couples found out who America voted their favorite pair and the winners of the $100,000 grand prize. But before the islanders’ time in the villa came to an end, couples Justine and Caleb, Cely and Johnny, Laurel and Carrington and Moira and Calvin all enjoyed their final day in Las Vegas with romantic brunches by the pool before they all gussied up for the big night.

With the girls treated to a pampered spa day, where they shopped for their last gowns, and the guys tasked with writing love declarations, which they read to their partners, it was a romance-filled day for the final four couples.

So who was crowned the season 2 winners of Love Island? Host Arielle Vandenberg revealed America’s pick for their favorite couple… 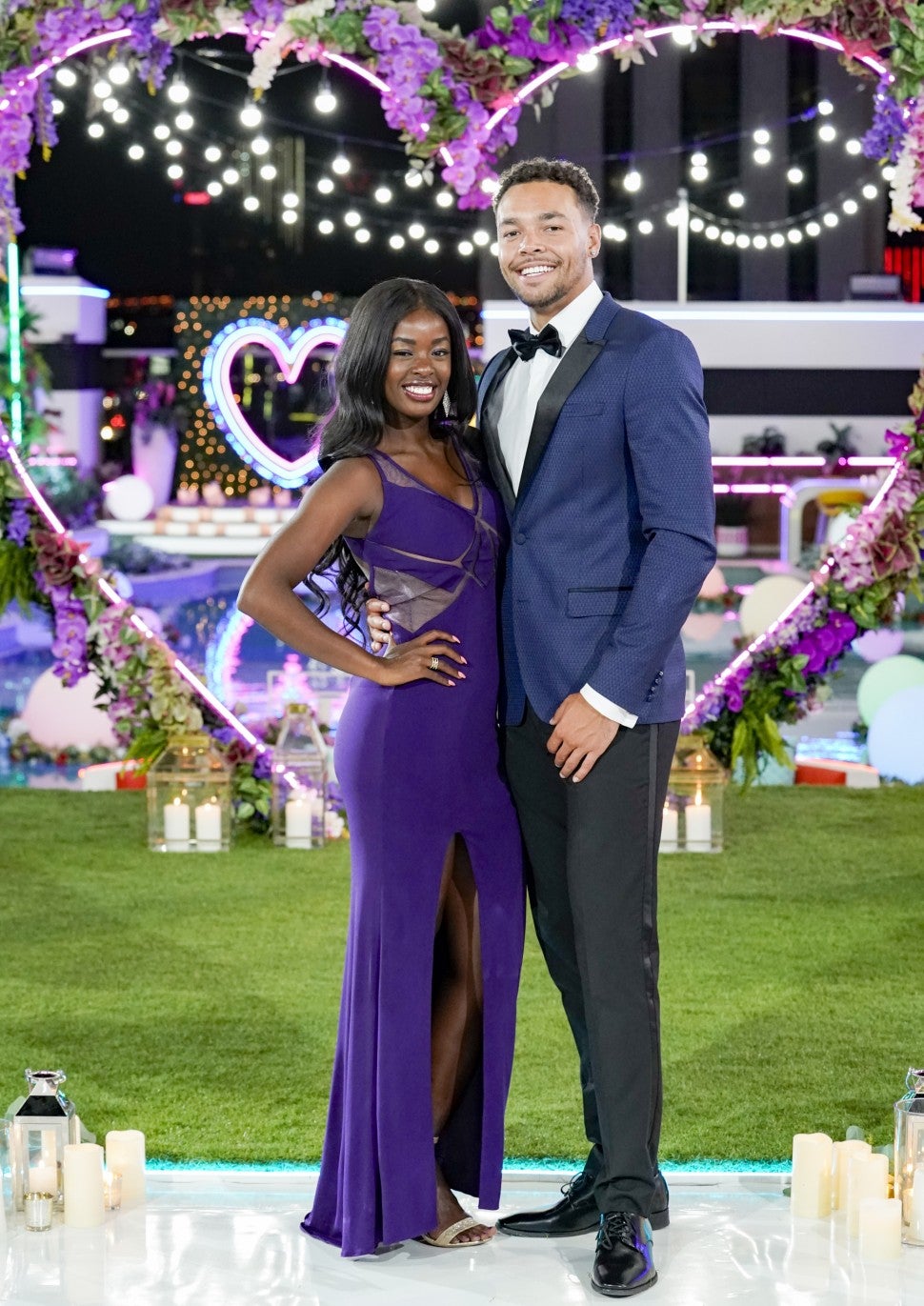 But that wasn’t the end of their Love Island experience. The fan-favorite pair, who captured America’s hearts with their sweet journey to love, had one last big decision to make before departing the villa and returning to the real world. Caleb picked the lucky envelope containing the $100,000. Would he choose to split the $100,000 between them?

Yes! The choice was an easy one. Justine and Caleb, who declared they loved each other on their final date, didn’t hesitate to take home $50,000 each after Caleb made it clear the decision was never in doubt.

Justine and Caleb professed their love to each other in the sweetest way prior to being crowned the unofficial king and queen of the villa. Justine began her speech by crediting Caleb for grounding her “at times when I found I was losing myself.” “I could not have imagined being anyone else’s queen… With that being said, I love you king,” she said.

“The woman standing in front of me is bold, generous, fun, thoughtful, loving and gracious. Anyone who’s fortunate to spend even just a moment with you is better off as a person, a light that is exactly what you are. All of these amazing qualities are exactly why I cannot wait to begin a life outside the villa,” Caleb said in his speech. “I’m sure our lives will be different when we walk out of that tunnel for the very last time… I have confidence that the king and queen can weather any storm as long as we have each other.”

Here’s how the others fared: Cely and Johnny received the second-most votes from America, Moira and Calvin placed third and Laurel and Carrington were fourth.

To watch ET’s interviews with the Love Island season 2 winners, as well as the three runner-ups, keep it locked here at ETonline.com.

The first two seasons of Love Island are streaming now on CBS All Access.

To stay up to date on breaking TV news, sign up for ET’s daily newsletter.