A PHYSICAL fight broke out in the Love Island Australia villa last night and fans were shocked when the stars weren't given the boot.

Despite Brits normally being given a slap on the wrist, Grant wasn't removed after ripping Eden's shirt when he started the brawl. 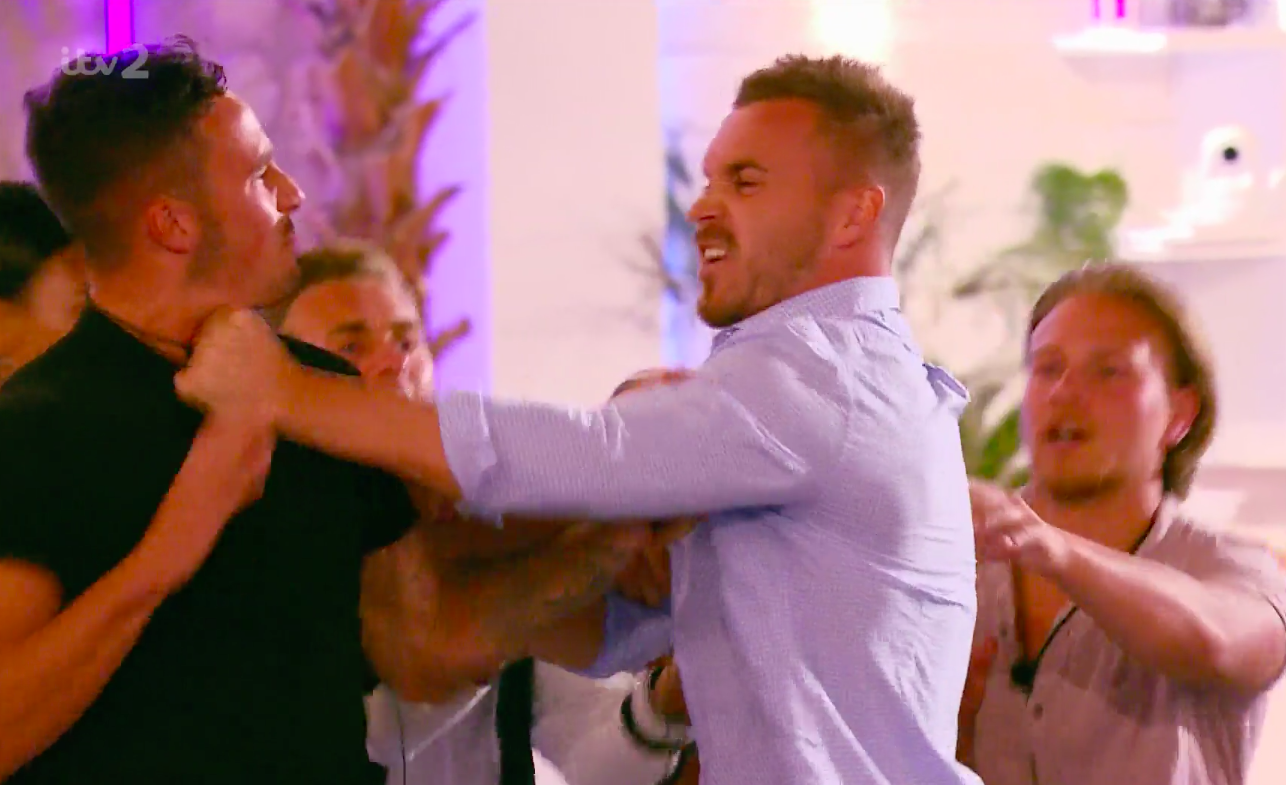 The pals saw red after a shock double dumping and it turned nasty.

Eden was shouting at Grant's girlfriend Tayla after he was forced to choose Justin to leave the villa.

Afterwards he found out Tayla said: "It's unforgivable. I won't forgive Eden for this."

As he confronted her in front of the other islanders, things escalated when Grant moved into on Eden. 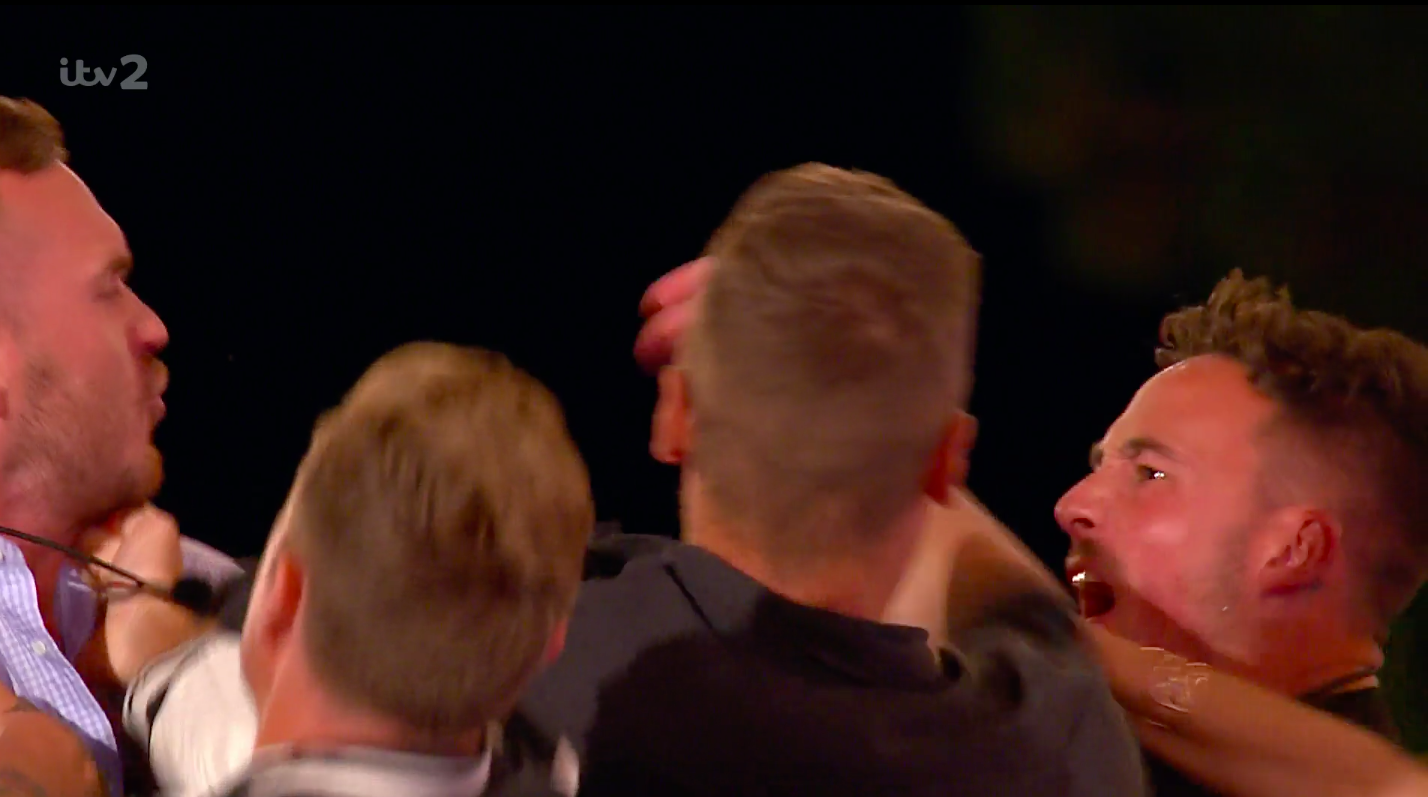 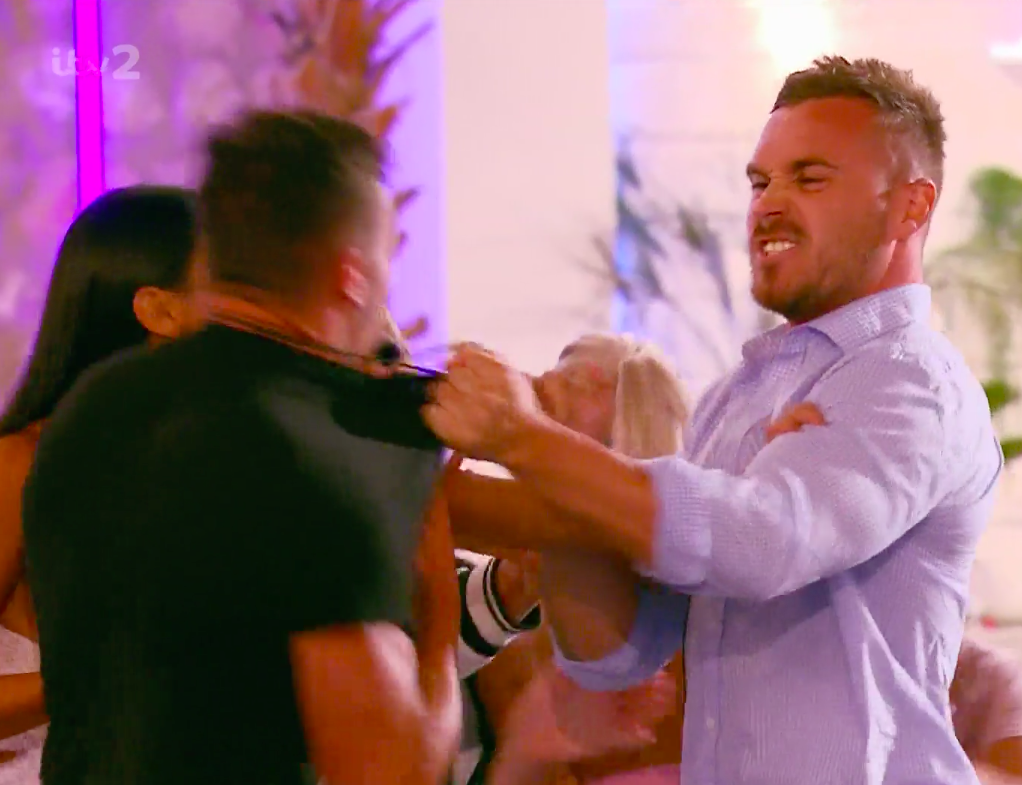 Eden – who had just been voted most likely to leave the villa with a girlfriend – put his drink down before defending himself.

The boys grabbed at each other's clothes as they went head to head before the other islanders stepped in to break up the fight.

One fan said: "Why wasn't Grant Removed from the villa after the scrap. To me it looked like their was no security there at all. Grant should of paid for what he had done. The fight was just childish and unnecessary." 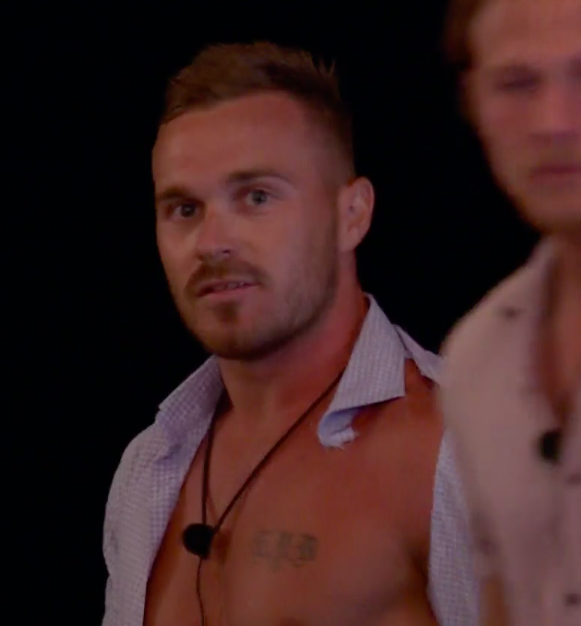 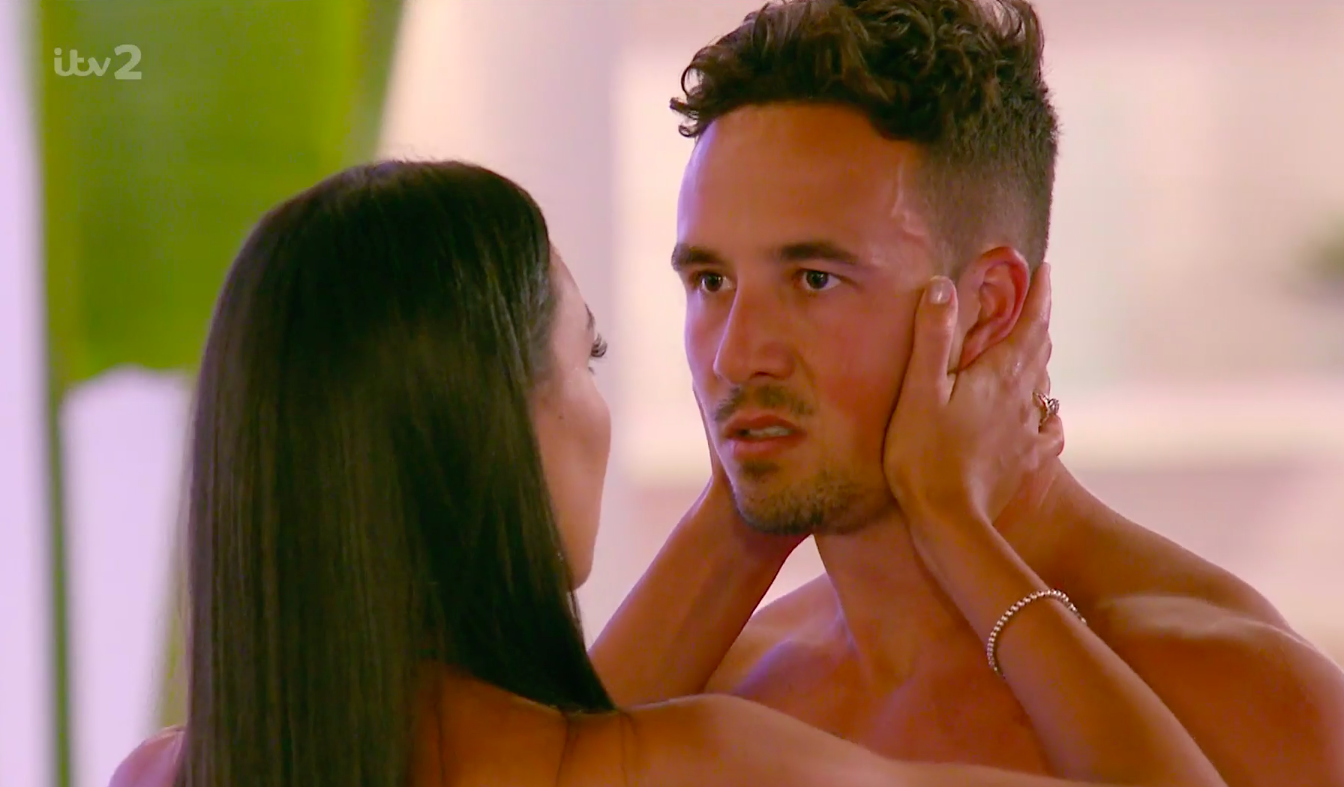 Another added: "Wow I wasn't expecting that at all. That fight didn't need to happen. It all happened because Justin left.

"They go on as if they can't be in there without him. A decision had to be made the crooks of the matter is that Justin didn't try hard enough."

While another who was enjoying the entertainment said: "WOW an actual physical fight on #LoveIslandAus – I love this series!!!!!!!!!" 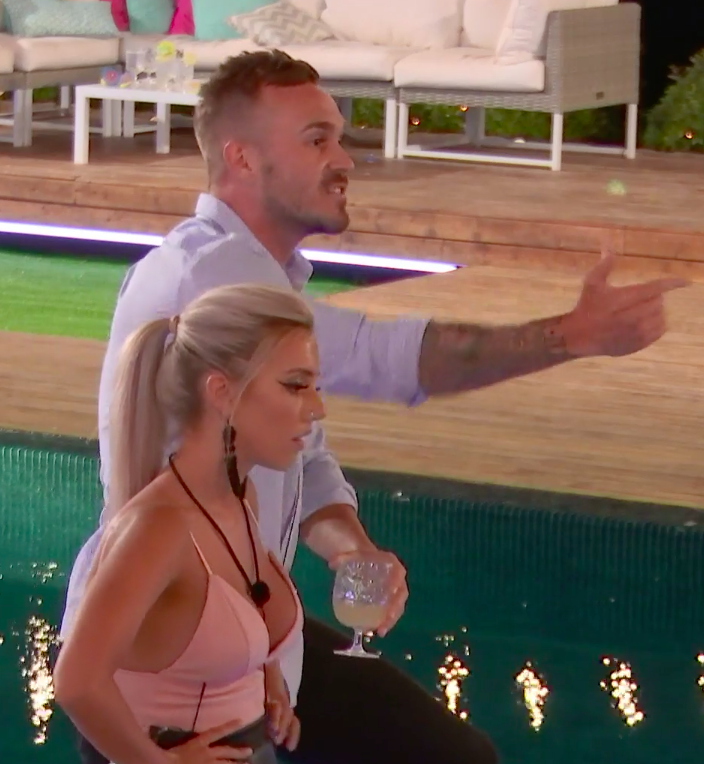 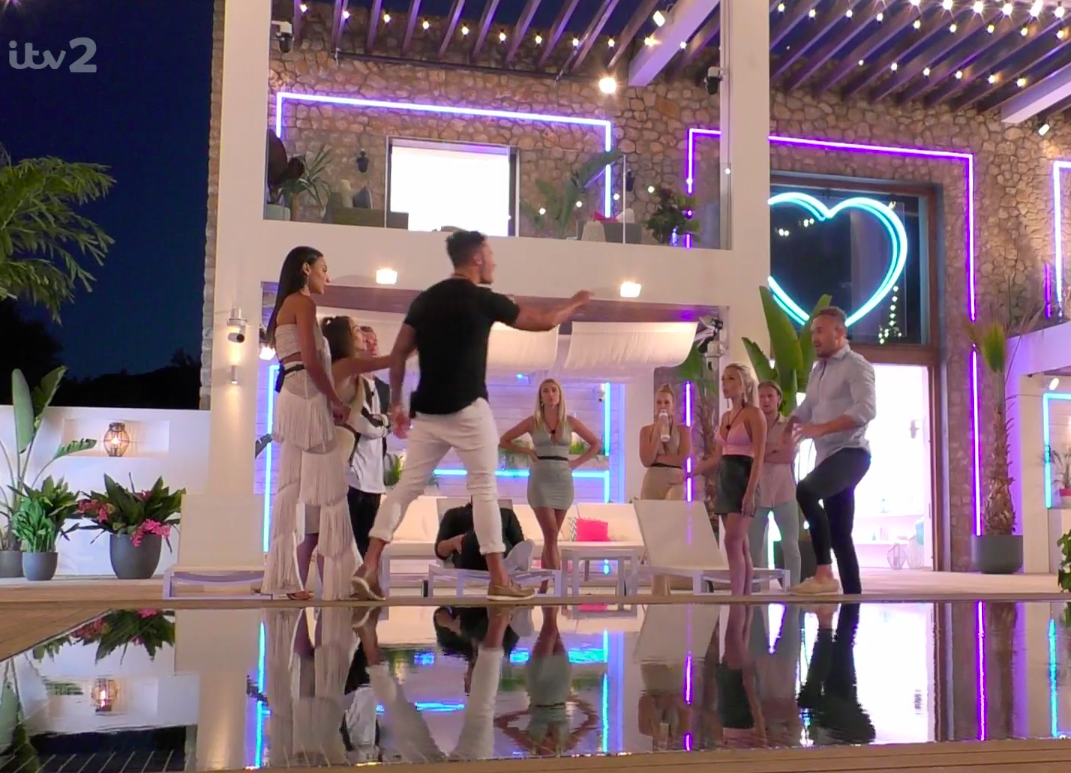 Last night's episode of the 2018 series that's being repeated on ITV2 this summer showed the aftermath of the double dumping.

Australia voted Elias the least likely to leave the villa with a girlfriend and therefore sent him packing.

It was then down to Eden to choose between original islander Justin or newcomer Jaxon.

Despite the aggressive row, Eden and Grant decided to move on and be friends again by the end of the night.