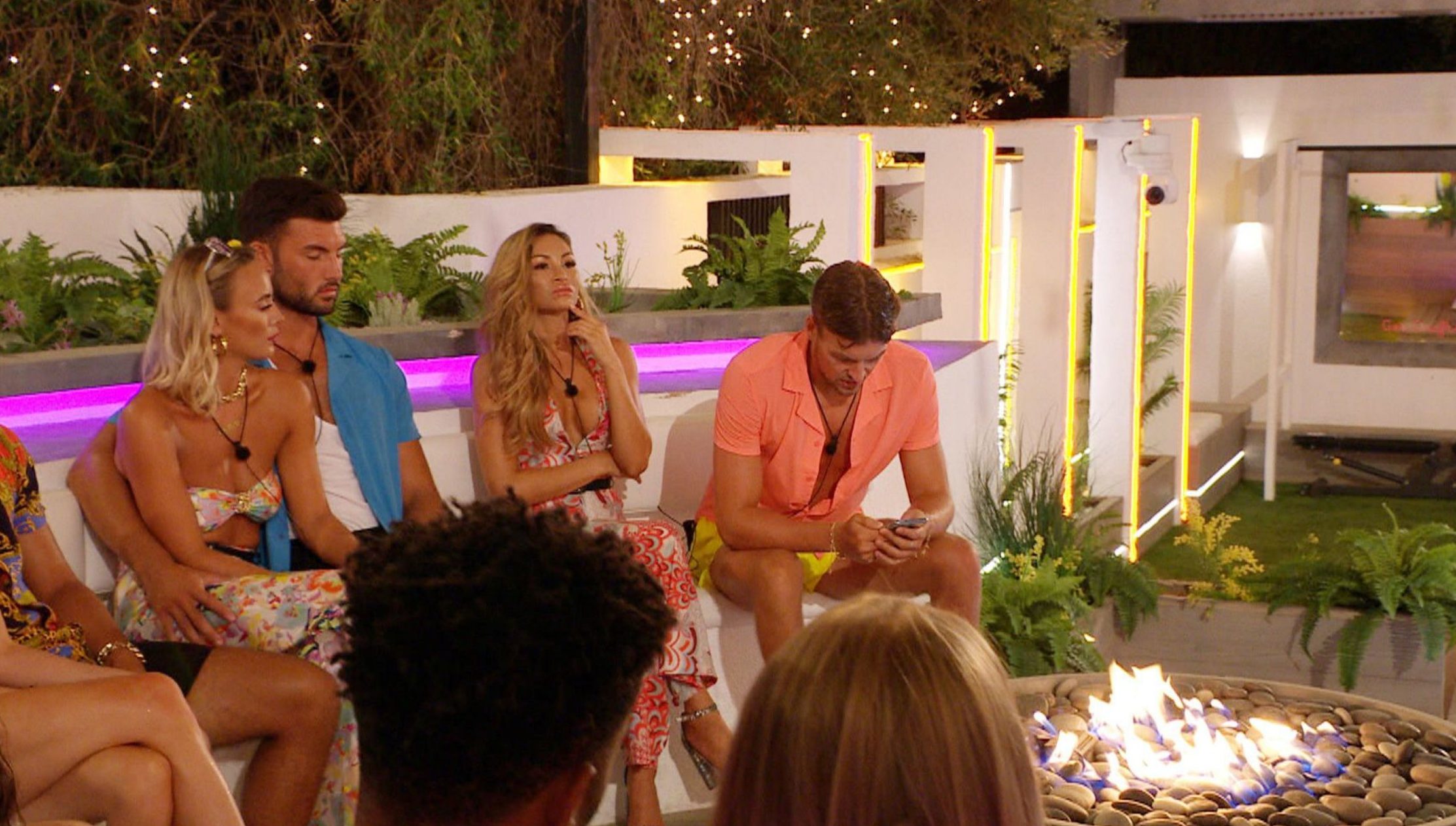 Two Love Island contestants will be dumped from the villa on Wednesday night after being voted the least favourite by the public, with three bombshells on their way in.

Just days after Sharon Gaffka was booted from the series, the islanders were gathered around the fire pit in scenes that aired this evening and told that two people would soon be sent home.

The three girls who received the fewest votes and therefore are at risk of being eliminated include Lucinda Strafford, Chloe Burrows and AJ Bunker.

In a brutal twist, the fate of the least favourite contestants rests in the hands of their fellow co-stars.

There’ll be no time to mourn the loss of the two evicted islanders though as Love Island bosses will be sending in three new bombshells into the villa.

Abigail Rawlings, a 27-year-old tattoo artist is one of the newbies, and she’s got her eye on Toby.

‘I’m going to steal him from Chloe at the first chance I have,’ she said. ‘If that doesn’t work out, I like Teddy as well and Aaron [Francis].

Also heading in is Georgia Townend, a 28-year-old marketing executive from Essex who fancies Hugo Hammond.

Tyler Cruickshank, an estate agent from Croydon, is the last of three bombshells.

The 26-year-old is keen on Kaz Kamwi, and said of her: ‘She just looks like she has so much energy about her. You kind of need it if you’re surrounded by people all the time.’