Ovie, 28, has become quite the Love Island fan favourite since arriving in the villa and having partnered with India a few days ago, the couple are hot contenders to take the crown next week.

Although their journey has been mainly steady, the couple did hit a bump in the road during the headline challenge earlier this week.

The statement in question suggested India was only with Ovie for the £50,000 cash prize given to the winning couple as as he was so popular with fans of the ITV dating show, he was the one to partner with.

India shut down the rumours after the challenge and since then it hasn’t been mentioned, until the islander brought the subject up on their final date.

Sitting at a table and surrounded by candles under the moonlight, Ovie and India discussed their feelings for one another as well as the possibility of a future for them outside the villa.

As Ovie poured his heart out and made reference to the hurdle they faced in the headline challenge, India jokingly confessed: “I’m not here for the six foot seven, I’m only here for the 50k.”

Shocked by the quip, Ovie simply commented: “Ouch!” as he was lost for what else to say but chuckled at the gaffe.

However, he regained his composure to tell India: “Even that showed me how much we do have in common,” referring to their sense of humour.

The discussion was teased ahead of the third advertisement break during the show and viewers took to Twitter as they believed India was about to reveal a game plan.

Once the full clip was played, viewers understood India was only joking and voiced their relief on social media. 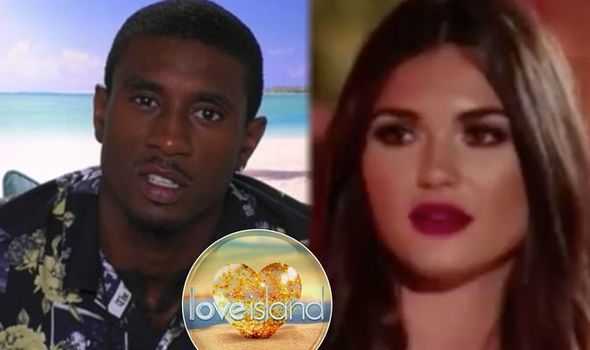 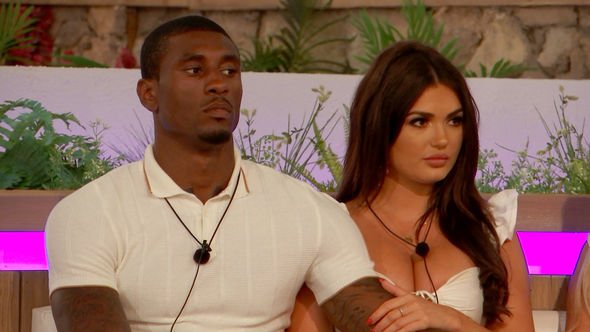 One wrote: “When I hear India say the words “I’m not here for the 6”7 I’m here for the 50k” I was getting ready to book a plane ticket to Majorca and save ovie, no joke #LoveIsland.”

Another added: “But is she joking though? #LoveIsland,” as a third remarked: “Thank f*** India was joking #LoveIsland.”

A fourth posted of the couple’s blossoming relationship: “I actually like India, she’s sound & chilled like Ovie & they have great chemistry #LoveIsland.”

Also during their date, Ovie opened up about how he thought he was never going to have a romantic connection with anyone after coupling up with Amber Gill, 21, on a friendship basis.

India told Ovie: “It’s been an amazing experience but it wouldn’t have been half as good if you hadn’t of been there.” 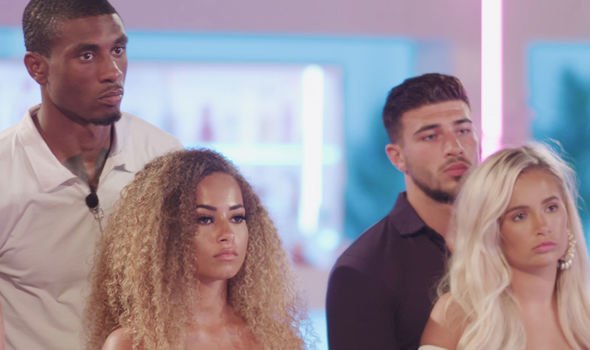 Ovie said: “At one point, it looked like I wasn’t going to be in a romantic couple at all.

“I felt like I just had the role of the guardian angel over Amber,” he commented, before adding: “When I walked into that date, you stood out to me so clear.

“It really changed the whole experience for me. It’s brightened up my days.”

If Ovie and India want to reign victorious, they’re going to have to fend off competition from hot favourites Tommy Fury, 20, and Molly-Mae Hague, 20, who currently stand at 8/13 to win the show in latest odds from Ladbrokes bookmakers.